The Greatest Preacher of peace 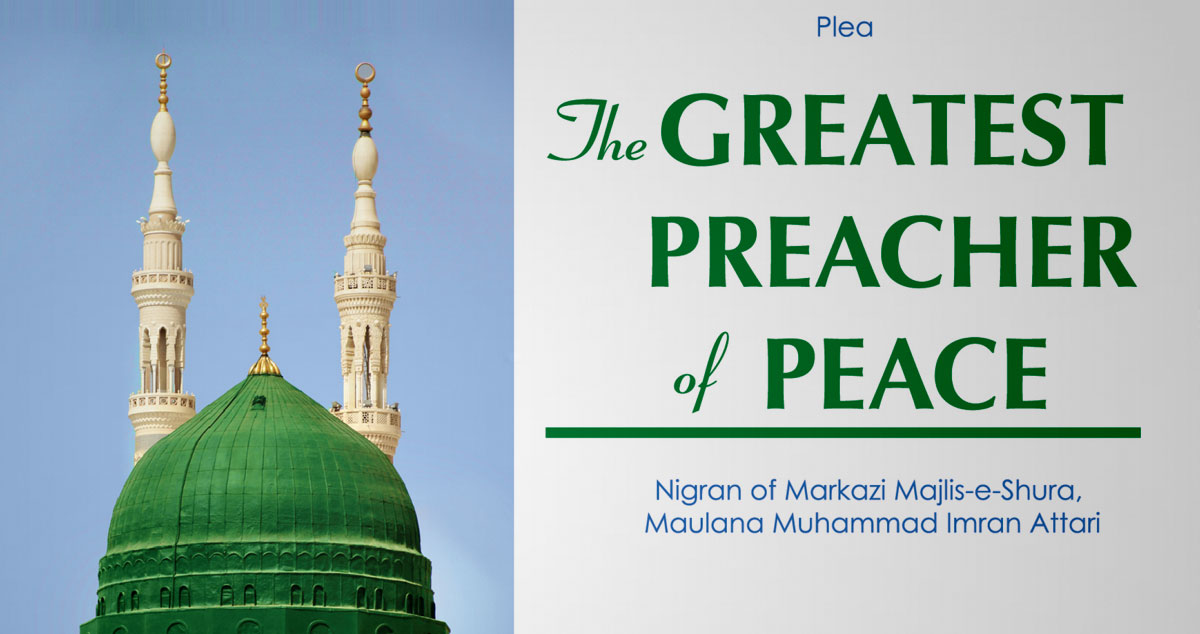 Peace is apparently a very small word but if it is found in a house, then there is mental peace; if it is found in a society, then there is safety of wealth and life; if it is found in a country, then it guarantees and assists in the progression and prosperity of the nation and if it is found at a global level, then it saves nations from losing hundreds and thousands of precious lives and millions and billions of pounds. Perhaps, there would not be any sane and wise person in this world who would deny its importance, benefit and merit. The society where unrest prevails, people’s properties get damaged there, killings commonly take place there, women become widow and children become orphans there. Strikes take place frequently there. The business community and especially those who survive on daily earnings suffer severely. Roads get damaged or blocked, which causes great distress to the travellers, especially those taking patients to the hospital. In short, unrest damages one’s religion as well as Dunya [this world]. The importance of peace and safety can be judged from the fact that the Du’as Sayyiduna Ibraheem عَـلَيْـهِ الـسَّـلاَم asked, one important Du’a out of them is: ‘O my Lord عَزَّوَجَلَّ! Make this town (Makkah) secure’. (Derived from Part 13, Ibraheem: 35) If we ponder upon the Du’a to be recited after looking at the (new) moon, then we would realize that Holy Rasool صَلَّى اللّٰهُ تَعَالٰى عَلَيْهِ وَاٰلِهٖ وَسَلَّم has made the Du’a for peace and safety in it too.

There have been many people in the history who claimed to have spread peace, but the rules and fundamentals laid down by the Holy Rasool صَلَّى اللّٰهُ تَعَالٰى عَلَيْهِ وَاٰلِهٖ وَسَلَّم for the survival of mankind and peace and safety of the society are matchless and they have neither been provided by any religion, nor by any leader of a nation. Once, there was such a time when the law of “might is right” was practiced in this world. The one having power used to establish the rules. The one with power would do whatever he wanted to do and no one would be able to stop him. This practice made injustice prevalent in society. Oppressing orphans, widows and slaves severely, abduction and fornication becoming common, stealing, robberies and depriving the deserving person of his right had become a common practice of people. A weak person would keep making his plea but there would not be anyone to listen to his plea. In this dire, horrendous and turbulent time, Allah Almighty bestowed the oppressed mankind with Divine Mercy. The Holy Rasool صَلَّى اللّٰهُ تَعَالٰى عَلَيْهِ وَاٰلِهٖ وَسَلَّم graced this world with his blessed presence as the biggest preacher of peace and uplifted the flag of truthfulness and peace.

٭        To stop those who would disrupt the peace of society, punishments were enforced.

٭        Punishments for the heinous sins like robbery, fornication, and drinking alcohol were imposed.

٭        Usurping [taking over] each other’s wealth unlawfully, interest and gambling were declared to be ‘Haraam.

٭        An unjust murder of one person was declared as if the murder of the whole humanity.

٭        Unity was established among the tribes of ‘Arab.

٭        Breach of promise was prohibited even with a non-Muslim.

٭        He صَلَّى اللّٰهُ تَعَالٰى عَلَيْهِ وَاٰلِهٖ وَسَلَّم not only delivered justice to the oppressed ones but also mentioned the virtues of looking after the orphans, widows, poor and miskeen (the destitute) for the survival of the mankind. Moreover,

٭        He صَلَّى اللّٰهُ تَعَالٰى عَلَيْهِ وَاٰلِهٖ وَسَلَّم prevailed justice in the society by mentioning exclusive rights of women, children, slaves and elderly people. To the extent that in order to stop the unrest in the society, he صَلَّى اللّٰهُ تَعَالٰى عَلَيْهِ وَاٰلِهٖ وَسَلَّم said the following words: ‘When anyone of you dies, forgive him and do not speak ill of him.’ (Abu Dawood, vol. 4, pp. 359, Hadees. 4899)

Remember! Enforcing peace at every level and then keeping it established is undoubtedly a difficult phase. If we want peace and prosperity, then we will have to abide by the Shari’ah and principles laid down by the great benefactor to mankind, the Holy Rasool صَلَّى اللّٰهُ تَعَالٰى عَلَيْهِ وَاٰلِهٖ وَسَلَّم. There is no other way than this. Let’s supplicate. O Allah Almighty! Protect our Deen, faith, lives, wealth and dignity, and bless us and our cities with peace and safety. 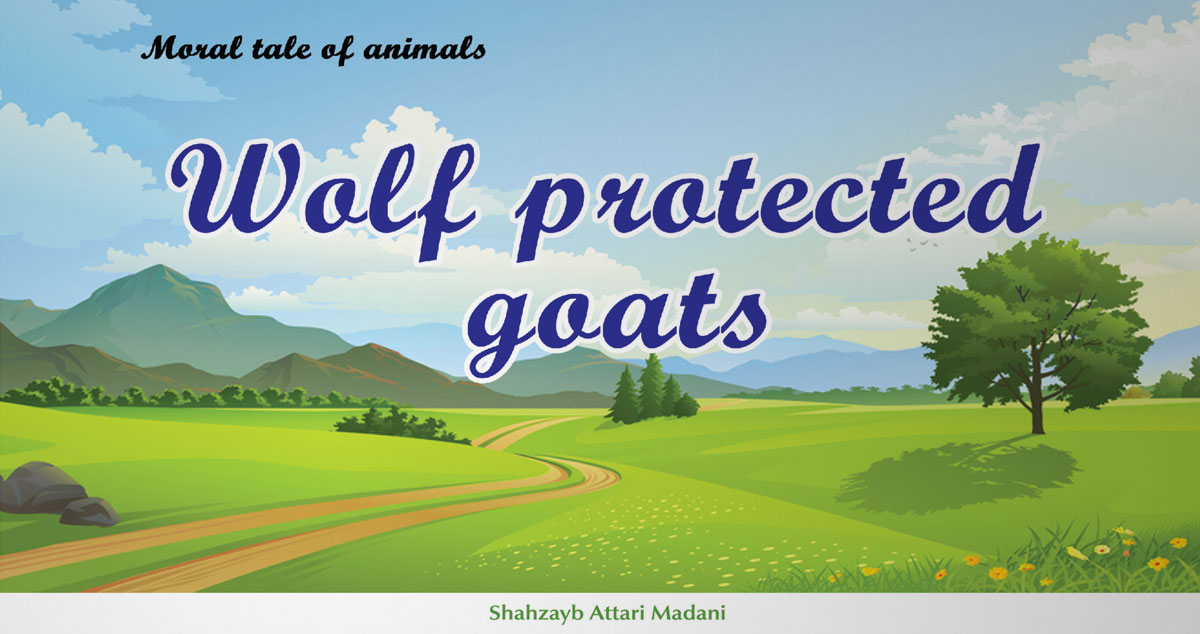 A wolf caught a goat but the shepherd made the efforts and released the goat from it. The wolf started saying to the shepherd: ‘O shepherd! Allah Almighty gave me food but you have snatched it from me.’ The shepherd was astonished to see the wolf speaking, the shepherd said: ‘By Allah Almighty! I have never seen such a strange scene before in which a wolf talks like a human.’ The wolf replied: ‘O shepherd! Stranger thing is that you are grazing goats here and not going to the Nabi who is superior to all other Ambiya. I wish you had gone to the Nabi and embraced Islam. There is a distance of only a mountain between you and that Nabi.’ Having heard this conversation of the wolf the shepherd said to it: ‘If I go from here, who will look after my goats?’ The wolf replied: ‘I will look after your goats myself until you return.’ The shepherd handed over his goats to the wolf and went to the Beloved Rasool صَلَّى اللّٰهُ تَعَالٰى عَلَيْهِ وَاٰلِهٖ وَسَلَّم and embraced Islam. Moreover, when he told the Beloved Rasool صَلَّى اللّٰهُ تَعَالٰى عَلَيْهِ وَاٰلِهٖ وَسَلَّم about the wolf talking to him, the Beloved Rasool صَلَّى اللّٰهُ تَعَالٰى عَلَيْهِ وَاٰلِهٖ وَسَلَّم said: ‘Go! You will find all your goats to be safe.’ When the shepherd returned, the wolf was really guarding his goats and all the goats were safe. (Al-Muwahib-ul-La-Duniyah, vol. 6, pp. 549)

٭        If somebody entrusts us with something, we should return it safely.

٭        Whenever we get the opportunity to present the call towards righteousness, we should not delay.

٭        Advice should be immediately accepted.

A few days ago, we were trying to get in touch with someone quite important. One of us called him, 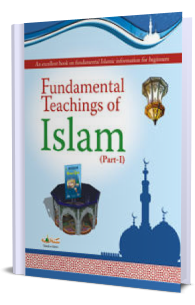