How to Deal with Inflation and Rising Costs

Dealing with Inflation and Rising Costs

Since childhood, I have heard that prices have risen significantly. I remember buying 1 kg of beef for one or two rupees and fish, fruits, and vegetables were also low priced in my youth. Today, even people from lower economic backgrounds average a monthly salary of 15000 to 20000 rupees. During my student days, I worked on a market stall cleaning potatoes and onions and selling vegetables for four annas[1] for half a day’s work. When my late elder brother, Abdul Ghani, started working, his starting salary was seventy-five rupees per month. In short, wages were less in those days but things were less expensive compared to today. Although now prices have risen, wages and incomes have also increased. In comparison to other countries, costs in our beloved country of Pakistan, and according to my opinion, especially in Karachi, are fairly low.

During the early days of Dawat-e-Islami, when our Madani Qafilahs began to travel to Punjab, I dined at some of the local restaurants there. I estimated that the cost of living in Punjab was much higher than Karachi. During my youth, in some restaurants of Karachi, half a chapatti cost 1 anna, one and half chapattis cost three annas, and Nihari was available for four annas. Essentially, a decent meal would cost seven annas. As income was lower at that time, we felt that things were expensive. In some countries, tea costs around 100 to 150 Pakistani rupees but in Pakistan, tea is sold for around twenty-five to thirty rupees.

In any case, compared to other countries, costs are still relatively low in Pakistan. Complaining about high prices will not change anything; rather, we should take practical measures to resolve this matter. For example, someone with low income should limit their expenses to essential items and be prudent in their spending. Instead of eating expensive meals like meat and chicken every day, prepare vegetables and lentils as they are less expensive and are healthy. Make yourself and your children accustomed to eating simple, wholesome foods and living a simple life; alongside benefits to physical and mental health, you will save money by spending less on doctor’s fees and medicines.

Instead of purchasing expensive mobiles, laptops, tablets, PCs, and other luxury items, make do with a simple phone. If the cost of a food item increases, find a more affordable alternative. I will mention two relevant accounts:

A carefully thought out shopping list is an effective tool for controlling your spending. Include only items that you need and avoid those things which you can do without.

May Allah Almighty not make us dependent on anyone besides Him and may He grant us sufficient halal provisions.

(Note: This topic has been prepared with the aid of the Madani Muzakarah that took place after Taraweeh on 5 Ramadan, 1442 AH, corresponding to 17 April 2021. The final version was approved by Ameer-e-Ahl-e-Sunnat دَامَـتْ بَـرَكَـاتُـهُـمُ الْـعَـالِـيَـهْ).

When a certain rank is ordained for a slave by Allah Almighty, but the slave cannot reach that rank through his actions, 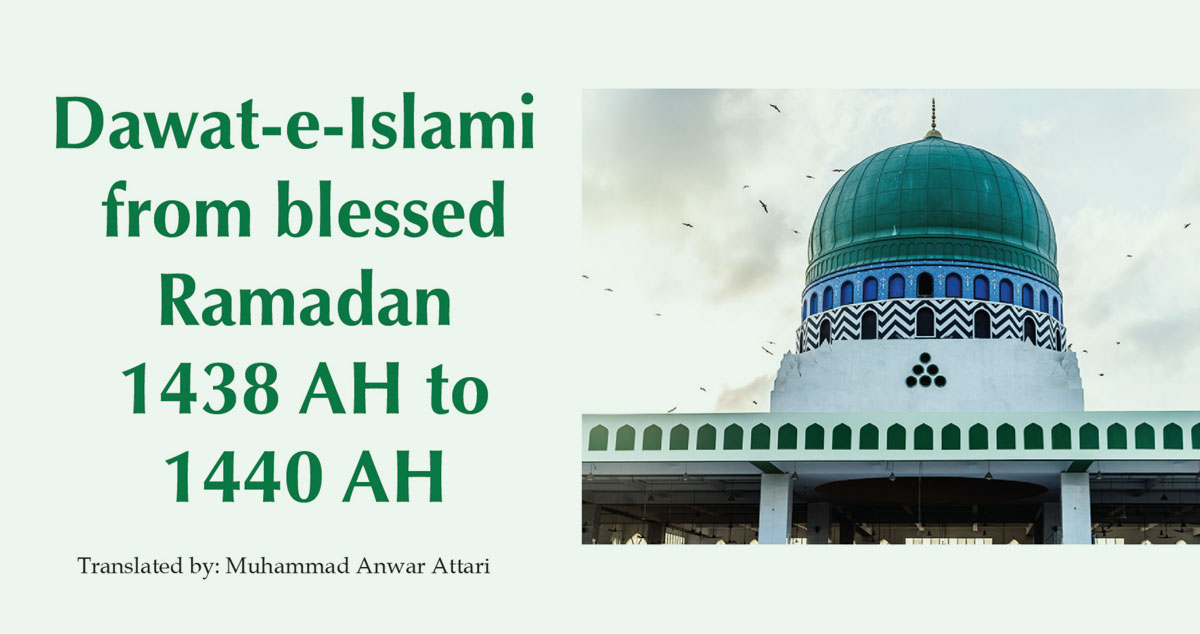