Despite ruling over a vast and powerful empire, the Commander of the Faithful, Sayyiduna Umar al-Farooq’s رَضِىَ الـلّٰـهُ عَـنْهُ lifestyle was far removed from the ostentatious opulence and hedonism of other rulers. Preferring to live like an ordinary citizen, he led a simple life void of riches, luxury, and extravagance.

While travelling to Makkah for Hajj, he رَضِىَ الـلّٰـهُ عَـنْهُ neither pitched a tent nor put up a screen when stopping to rest. Instead, he would suffice with a simple shawl and a leather dining cloth tied to a tree and sit in its shade, (Tareekh Ibn ‘Asakir, vol. 44, p. 305).

Resting on the ground

When presented with bread and two condiments, cold soup and olives, he remarked, ‘Two condiments in one bowl? I will never eat this,’ (Tabaqat Ibn Sa’d, vol. 3, p. 243).

He would sometimes break dry Syrian bread with his teeth and eat it. Someone asked him, ‘If you wish, I can bring softer food for you,’ to which he replied ‘Is there anybody in your eyes from among the Arabs who has greater authority than me in acquiring fine food?’ (Riyad-un-Nadirah, vol. 1, p. 365), alluding to his ability to acquire such food but choice to be content with simple bread.

Sometimes he ate pieces of meat boiled in water or small amounts of fresh meat, (Tareekh Ibn ‘Asakir, vol. 44, p. 298). At times, he would be severely hungry yet, would only consume one date and some water, stating, ‘Destruction is for the one whose stomach leads him to Hell,’ (Manaqib Ameer-ul-Mu’mineen Umar b. al-Khattab, p. 135). A visiting delegation observed him eating dry bread with either unrefined butter, olives, or milk every day, (Tareekh Ibn ‘Asakir, vol. 44, p. 298; Zuhd Ibn-ul-Mubarak, p. 204).

Once, arriving late for Jumu’ah prayer, he readily apologised to the people: ‘I am late because of this shirt; I have no shirt besides this,’ (Tabaqat Ibn Sa’d, vol. 3, p. 251).

Whenever he had a need, he would borrow money from the public treasury. Sometimes, the head of the treasury would come to him, ask for the borrowed money and make him return it, so he would take the borrowed amount and go to him. Upon receiving his salary, he would clear the loan, (Manaqib Ameer-ul-Mu’mineen Umar b al-Khattab, p. 100).

We too should attempt in this era to adopt every possible action of simplicity and humility which elevated Sayyiduna Umar al-Farooq رَضِىَ الـلّٰـهُ عَـنْهُ to greatness, and attain the blessings of imitating him.

[1] i.e. his salary as caliph is taken from the government treasury. 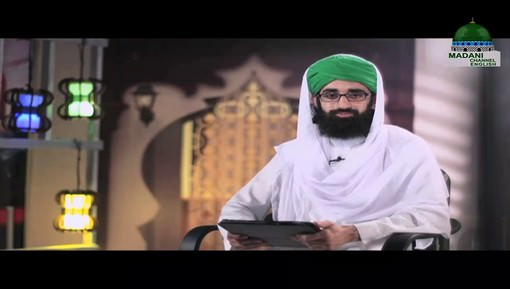 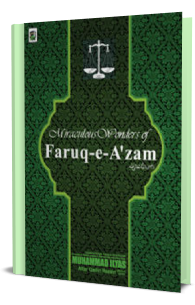