Secrets of Sawm and its spiritual conditions

According to the Shari’ah, Sawm means refraining from eating and drinking anything and from intercourse from the time of Subh-e-Sadiq to the sunset with the intention of Sawm.

Sawm is a very ancient act of worship. In all Shari’ahs, from that of Sayyiduna Aadam عَـلَيْـهِ الـسَّـلَام to ours, Siyam have been declared Fard, though the days and the rulings of Siyam of previous Ummahs were different from ours. Siyam of Ramadan were declared Fard on 10 Sha’ban 2 AH. (Durr-e-Mukhtar, vol. 3, pp. 383)

In the end of the Ayah, it was also described that the aim of Sawm is to attain piety and abstinence. Since one treats one’s Nafs strictly during Sawm, preventing it even from Halal eating and drinking items, so Sawm is actually a practice of overcoming one’s desires. This builds up the strength to control one’s Nafs and to refrain from Haraam. And this act of controlling one’s Nafs and overcoming desires are the bases for prevention from sins.

According to the Shari’ah, Taqwa generally means protecting one’s Nafs from everything that may cause punishment, i.e. it means refraining from every small and big sin. If one stays hungry without complying with the manners of Sawm, he will attain only a little piety. In fact, one can reduce the demands of his Nafs and overcome its desires by hunger to some extent. Therefore, if one wishes to achieve the real aim of Sawm perfectly, he will have to keep Sawm perfectly. A perfect Sawm is one in which apparent and spiritual manners of Sawm are fulfilled. Spiritual manners of Sawm are mentioned in blessed Ahadees as well. The Revered and Renowned Rasool صَلَّى اللهُ تَعَالٰى عَلَيْهِ وَاٰلِهٖ وَسَلَّم said, ‘There are so many Sawm-observers who gain nothing from their Siyam except hunger and thirst.’ (Musnad Imam Ahmad, vol. 3, pp. 307, Hadees 8865)

One of its meanings is that though the Sawm-observer refrains from Halal food, yet he continues to eat the meat of people, i.e. he keeps committing backbiting that is Haraam and a big sin. Another meaning is that even though the Sawm-observer protects himself from Halal eating, drinking and intercourse but he does not refrain from watching, speaking, listening, doing and earning Haraam things. Watching movies and dramas and indulging in unlawful gazing in marketplaces, etc. are the examples of “Haraam-watching”. Swearing, lying, falsely accusing are the instances of “Haraam-speaking”. Listening to songs and backbiting are the ways of “Haraam-listening”. Hurting the feelings of others, beating and battering them and scolding and scorning them are the examples of “Haraam-doings”. If a businessman tells a lie to his customers, etc. or indulges in misappropriation, adulteration and fraud or an employee receives bribes or does not fulfil his responsibility resulting in Haraam including in his wages, so these are all the people who gain nothing from Sawm except hunger and thirst; though they get free from Fard [of keeping Sawm]. The brief meaning of the spiritual manners of Sawm described by religious Imams is to observe the Sawm of all parts of the body, i.e. to protect them from sins and useless activities. Mentioned here is now the detail of the Sawm of the body parts under the title “manner”.

Keep your eyes lowered and protect them from looking at everything condemned and disliked. Protect your heart from the thoughts causing heedlessness from the remembrance of the Almighty.

Protect your ears from listening to everything that is disallowed and disliked.

Do not also commit sins with your hands, feet and other body parts.

Do Iftar with completely Halal and pure sustenance. One who does Iftar with something Haraam or doubtful is like the person who completes the construction of his beautiful home but then demolishes it. Therefore, do Iftar only with Halal sustenance and do not eat so much that your stomach gets full and then you find it difficult and uninteresting to offer Maghrib, ‘Isha and Taraweeh. No pot is displeasing to Allah عَزَّوَجَلَّ more than a filled stomach.

Ponder! How can a Sawm-observer dominate the devil, the enemy of Allah, and suppress the desires of his Nafs when he overeats at Iftar despite remaining hungry all day long. As a matter of routine, people plan to prepare different types of dishes in the month of Ramadan. The items which are not eaten throughout the year are also eaten in this month. Whereas, the aim of Sawm is to suppress the desire of Nafs by means of hunger so that we gain strength for piety. The Sawm-observer keeps his stomach empty from dawn to dusk [i.e. from Subh-e-Sadiq to sunset] and, obviously, he feels a very strong desire for food and then he fills his stomach with delicious food at the time of Iftar. As a result, the pleasure, desire and power of Nafs will greatly increase instead of decreasing. One will feel even those desires not felt in ordinary days. The essence and aim of Sawm is to weaken those powers whereby the devil leads a person towards evils. This can be achieved by eating less. On the contrary, the person who puts up a barrier between his chest and heart, fails to observe the spiritual world.

In addition to these manners, there is another very important point to be kept in mind. At the time of starting the Sawm, we make an intention in our heart that I am intending to keep tomorrow’s Sawm; similarly, we should also make an intention in our heart that I will achieve the real aim of Sawm, i.e. piety by fulfilling all the apparent and spiritual manners of Sawm. Besides, continue to repeat the intention of piety in your heart during the day. Keep an eye on your actions, conversation and matters, noticing whether you are fulfilling the inner manners of Sawm or not. 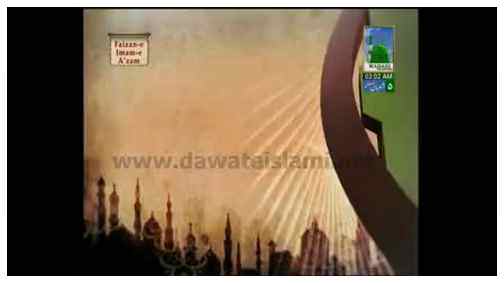 Blessings Of Ramadan Ep 05 - What Is Fast 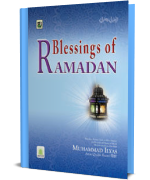