Aim of the creation of human

What is right and what is the straight path? This is the question which has always been arising in human minds. The answer to this question is the basis for human behavior. The Divinely-revealed religions are aimed at showing the same straight path and blessed Ambiya عَـلَـيْـهِمُ الـصَّلٰوةُ وَالـسَّـلَام replied to this question with full explanation and detail. This question is very important even today, especially in the present circumstances when non-Muslims, anti-religion elements, irreligious people, atheists and those who make a mockery of Islam all assume themselves to be on the straight path. This is also the claim made by the Muslims. This article contains a brief and introductory reply to this question and the next article will comprise the characteristics of the truthful religion, اِنْ شَــآءَالـلّٰـه عَزَّوَجَلَّ.

We believe that Islam is the religion specified by Allah عَزَّوَجَلَّ for the true guidance and success of mankind. The Almighty said:

Translation: Indeed, the only (true) religion by Allah is Islam.

Before the arrival of our Nabi صَلَّى اللهُ تَعَالٰى عَلَيْهِ وَاٰلِهٖ وَسَلَّم, the religion of all Ambiya and Rusul عَـلَـيْـهِمُ الـصَّلٰوةُ وَالـسَّـلَام was only Islam whose last and perfect picture and final interpretation is the religion brought by Muhammad Mustafa صَلَّى اللهُ تَعَالٰى عَلَيْهِ وَاٰلِهٖ وَسَلَّم. Allah عَزَّوَجَلَّ has completed this religion for the entire mankind. Therefore, the Lord says:

Translation: This day, I have perfected for you, your religion and completed My favour upon you, and have chosen for you, Islam as your religion. (Part 6, Surah Al-Ma`idah, Ayah 3)

Now salvation in the Hereafter depends upon embracing Islam and having a correct belief in the Nubuwwah and Risalah of Muhammad Mustafa صَلَّى اللهُ تَعَالٰى عَلَيْهِ وَاٰلِهٖ وَسَلَّم. The Holy Quran says:

Translation: And anyone who desires a religion other than Islam, it will never be accepted from him; and he is among the losers in the Hereafter. (Part 3, Surah Aal-e-‘Imran, Ayah 85)

The Holy Nabi صَلَّى اللهُ تَعَالٰى عَلَيْهِ وَاٰلِهٖ وَسَلَّم said: By the One under Whose power the life of Muhammad is! Whoever in this Ummah hears (the news of) my Nubuwwah, whether he is a Jew or a Christian, and then he dies without believing in this (religion) which I have been sent with, so he will be a Hell-dweller. (Sahih Muslim, pp. 82, Hadees 386) The only real path to true guidance and success is Islam. Except Islam, all other paths are far away from the truth.

Necessity of religion is linked with the real aim of the creation of mankind. What is the aim of the creation of mankind? This is a very fundamental question usually discussed in philosophy books. Let’s make an analysis of general facts before knowing about its reply. In our society, there are some people who have considered enjoying luxuries of this mortal world to be the aim of life. They do not accept religion, faith and Almighty. In their eyes, the reality of life is to spend the period of sixty or seventy years enjoying eating, drinking and merry-making. In actual fact, these are only physical needs that exist even in animals. At times, these needs are even greater in animals than in humans. If it is assumed to be the aim of life, so animals appear to be fulfilling the aim of life more than humans. This life theory totally neglects the manners and spiritual structure of human beings.

Moreover, it has no concept of reward and punishment for good and bad deeds of one’s life. This life theory indicates disrespect for mankind besides showing that animals are better than humans. The cause of this life-style which is limited to physical pleasures and desires is that when a person does not like to pay attention towards the aim of him being created, so his life-style gradually starts to look like that of animals. Thinking about the ways of the gratification of desires, planning and putting them into practice become his aim of life. It is a very inferior aim of life that is in contradiction to human honour and dignity. It contains no real motivation for proper use of human body and abilities. Therefore, in this life style, as long as there is the rule of law and there is a mechanism for thorough moral training, people will live peacefully. But when law weakens and there is no system for moral training, so evil will rapidly dominate good and inhumanity and brutality existing in humans will quickly arise. Therefore, it is not right to base the system of entire human life only on law and moral training. If there is no law, evil will not be prevented as a result. As far as moral training is concerned, so it is actually an act of developing a certain type of mindset. Therefore, it is quite possible that a person rejects moral principles for his personal and materialistic benefits. Who can force him into following moral principles in this situation?

On the other hand, there is the Islamic theory of human life based on belief in the existence of the Almighty and in the requital of deeds in the Hereafter. This Islamic theory has likened the mortal worldly life to a farm for the never-ending afterlife. One will reap in the Hereafter what he sows in the world. The difference between both the theories of life can be understood by having a look at the following example: It is a moral duty of offspring to serve their parents. This moral duty can be carried out in two ways. One is the Islamic way in which a person considers it a Divinely-declared obligation which must be fulfilled. Otherwise, he will be answerable to the court of the Almighty. As long as this Islamic thought remains alive, it gives encouragement to serve parents. And as long as a Muslim remains a Muslim, he cannot deny being held answerable in the Divine court for it. On the contrary, some people may think that serving parents is only a moral duty. Nowadays, what the irreligious people of irreligious societies are doing is quite obvious. They get their old parents admitted to old people’s home, meet them once a month or year and think that they are free from any other responsibility. In other words, it is as if they say: ‘We cannot sacrifice our rest, peace and enjoyment for these coughing and hot-tempered old people. They have brought up us but we can only apologize for not looking after them. They stayed awake many nights for us but we cannot sacrifice our night enjoyments for them. They did earn a living and feed us but we can spend our money only on our wife, sweetheart, girlfriend and children.’

Based on atheism and materialism, this is the moral power and training that collapse on the ground within a second like a sand wall. This is the life-style which is being observed in the entire western society that is said to be educated, civilized and follower of law. Why is there the difference when it comes to serving parents? This is actually caused by life theory of a Muslim and that of a non-Muslim. Even if there is no law and training, a true believer of the Almighty and the Hereafter feels compelled to lead his life with dignity, manners and character and to fulfil the rights of others. On the other hand, if there is no law and training, so manners and character all disappear.

(Remaining part will be included in the next magazine) 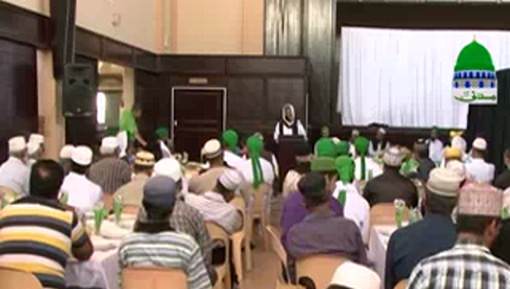 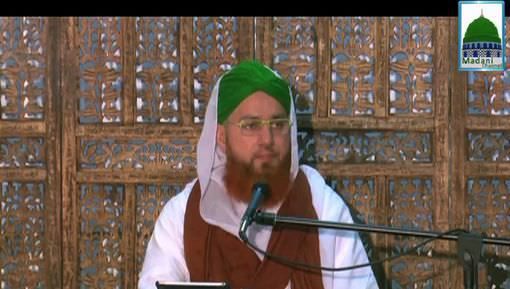