Can a Disbeliever be a Denizen of Paradise or a Saint? (Part-03)

Can a Disbeliever be a Denizen of Paradise or a Saint?

Continuing from the last issue, there remains the question of how non-Muslims may be rewarded for their humanitarian services? Allah Almighty may reward these people in several ways. For one, the non-Muslim may be guided towards repentance and faith, and thus avail all the rewards of the Hereafter that believers have been promised. This is not atypical. There are many accounts of non-Muslims embracing Islam as a direct result of respecting an Islamic obligation such as Ramadan, serving a saint of Allah عَزَّوَجَلَّ, or helping a scholar of Islam who then prayed for the non-Muslim to be guided.

‘You have been blessed with Iman because of those good deeds.’[1]

It may be, however, that he is not rewarded in the Hereafter at all. As we discussed previously, Iman is a prerequisite for the rewards of the Hereafter. As a disbeliever has not met this essential condition, he will be bereft of those rewards. Even in this world, a person who fails to fulfil the conditions of a task does not become eligible for its reward. Allah Almighty has set Iman as a condition for the reward of the Hereafter through His authority, wisdom, and justice.

Yet, rather than let his good actions become wasted and futile, Allah Almighty may requite his goodness with a worldly reward that the disbeliever desires. Explaining this, the Holy Prophet صَلَّى الـلّٰـهُ عَلَيْهِ وَاٰلِهٖ وَسَلَّم said, “No doubt, when a disbeliever performs a good deed, he is given worldly blessings [in return]. As for the believer, due to his obedience, Allah Almighty saves his good deeds for the Hereafter while providing him with sustenance in this world too. (Sahīh Muslim, p. 1156, Hadith 7090)

Allah Almighty will not deduct a single good deed of a believer; a believer will be rewarded in the world as well as the hereafter for his good deed. Whereas the disbeliever will be given food and drink in the world in exchange for his good deed, so much so that when he reaches the hereafter, he will not have any good deed left for which he was to be rewarded. (Sahīh Muslim, p. 1155, Hadith 7089)

It is therefore evident that the non-Muslim may be rewarded in worldly terms, and that could entail receiving wealth, esteem, fame, rank, and respect, the fulfilment of worldly desires, success in achieving targets, a good house, a peaceful residence, a tranquil environment, good neighbourhood, peace from family members, a good wife, obedient children, coolness of the eyes from family members and relatives, success of children, protection from worries, removal of troubles, cure from illnesses, protection from evil, safety in accidents, and other similar things. This is his reward for his good actions.

To conclude, I humbly advise my fellow believers who may have fallen prey to Satanic whispers: this worldly life is but a moment; do not ruin your Iman and the Iman of others by befriending disbelievers, spending time with them, listening to their lectures or reading their publications against Islam, and sharing their false notions on social media or in newspapers, books, media platforms, and other outlets. The thunderous jolt of death will erase all vanity, doubts, friendships, and affection towards the disbelievers. Only then, will one realise how awful his works were and how he wasted his entire life. Then they will come to realise that their intellects were indeed lacking, their research was insufficient, their experience was shallow, inaccuracies plagued their worldview, their thinking was irrational, and due to ignorance and foolishness, they set off on a deviated path, destroying their Iman. At that moment, they will cry:

‘Woe to me! Alas! If only I had not taken so and so (disbeliever) for a friend.’ ‘He indeed led me astray from the advice that had come to me.’ And Satan leaves man (at the time of difficulty) alone, unassisted.’

Adopting the path of piety and obedience will make you value Iman and safeguard it. The company of heretics, reading their books, and listening to their talks is detrimental to one’s Iman – the annals of history bear testimony to this bitter truth, and Allah Almighty addresses this matter too:

‘And do not lean towards the unjust, lest the Fire will touch you, and you do not have any supporter other than Allah; you will then not be helped.’

‘And whenever the Devil causes you to forget [and thereby you sit with them forgetfully], do not, thereafter, sit with the unjust upon remembering.’ 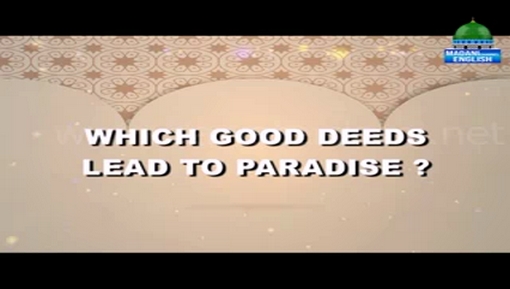 Which Good Deeds Lead To Paradise?