Friday Prayer in the Sunnah

Friday Prayer in the Sunnah

Allah Almighty has created us to worship Him and taught us many ways to do this, promising us reward and His recognition (maʿrifa). The most virtuous and valuable acts of worship are those prescribed for us (farāʾiḍ). This includes the Friday prayer which has unique merits. One can deduce its virtue from the fact that an entire surah is named after it, Surah al-Jumuʿa. “Friday is the superior day,” Mufti Ahmad Yar Khan رَحْمَةُ الـلّٰـهِ عَلَيْه writes, “the reward of a good deed on it is multiplied by 70.”[1]

1.   If anyone performs ablution well, comes to the Friday prayer, and listens to the sermon in silence, his sins between that time and the previous Friday will be forgiven, plus an additional three days; and the one who touches a pebble has done something futile.[2]

5.   Allah will decree the one who performs these five actions in a day as a denizen of Paradise:[6]

The Friday prayer is a precious act of worship which brings Muslims together and promises them immense rewards and divine pleasure. May Allah Almighty allow us to be consistent in offering our prayers. 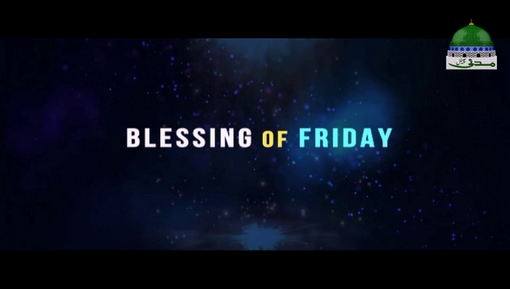