Divorce and Islam’s Approach to Women

Divorce and Islam’s Approach to Women

So far, we have explored the stages of divorce. Now, we will delve into the injunctions and rulings of Islam which protect women’s rights and freedom. Hence, one ruling was issued that the husband has the authority to retract after two divorces, and as soon as he gives the third divorce, his right to retract ends, and the woman is free to decide her matter. In addition to this, it was said that a husband has two options in regard to keeping or leaving his wife. Firstly, remain married to her in line with the excellent, lofty, and golden principles of beautiful social conduct, or secondly, part with her in a good, dignified manner. سُـبْحٰـنَ الـلّٰــه! What a beautiful teaching this is that the wife is to be treated kindly in all cases.

Some people maliciously give one or two divorces and then retract them to keep the wife in wedlock so that they can oppress her, make her life unbearable, and further distress her parents and siblings. These satanic acts are blatant transgressions of the boundaries set by Allah Almighty in the noble Quran. Since Allah has ordained for the woman to be treated kindly, the husband is undoubtedly transgressing Allah’s injunctions by oppressing her. Moreover, Allah Almighty gave the husband choices; if he wants to stay with her, he must do so without harming her بِمَعْرُوْفٍ, and if he wishes to part ways with her, then to do so without ridiculing her بِاِحْسَانٍ. The Quran gives a profound warning to those who mistreat their wives:

“And when you divorce women and their prescribed period (ʿidda) is close to completion, so either keep them on good terms within this period or release them with kindness. And keeping them should not be for the purpose of hurting them, that you may transgress the limits; and he who does so harms himself only. And do not make the verses of Allah an object of mockery, and remember the favour of Allah bestowed upon you and that ˹favour˺ sent down to you; the Book (Quran) and wisdom (Sunnah) for your guidance. And keep fearing Allah and know that Allah knows everything.”[1]

The fact is that even if hours are spent in writing the significance, emphasis and weight of the rights of the wife expressed in this verse, it will still be less as Allah has emphatically commanded that women be treated well and forbade harming them.

Hence, He said that when women have been divorced and their iddah is close to ending, keep them in a good manner or part with them in a good manner. It is not lawful at all to retract with the evil intention of hurting and harming her and keep her with the destructive mentality that "Now I will show her what I am capable of and now I will have her touch my feet, begging to leave." Allah has ordered to not abuse her like this, because oppressing the wife is equivalent to oppressing oneself as violating the Divine laws makes the husband deserving of hellfire, which is tantamount to oppressing oneself.

Then He said, “Do not make the verses of Allah an object of mockery,” i.e., mistreating, abusing, and harming women is akin to mocking Allah’s verses because Allah has made these wives lawful for you and commanded you to honour their rights, emphasizing that they be treated with kindness and love. He has informed of the way to treat them in line with beautiful societal conduct and forgiveness. But if you disregard this spousal relationship, and the respective commandments pertaining to the wife, and take the path of oppressing wives because of your ego, stubbornness, and evil nature, this is violating the limits set by Allah and akin to making fun of His verses.

He then said, also remember the favour of Allah sent down to you: the Book and the wisdom, which teach the method of living a happy life. Then He said, do not take all these instructions for granted, for these are the instructions from the Creator and Master of the whole universe and the greatest Judge, which he delivers to the servants out of mercy.

He further said: And keep fearing Allah and know that Allah knows everything. Therefore, it can never be the case that you oppress, trouble, and distress women without being taken to task for such malicious behavior. You can continue to act like a pharaoh, do whatever you want, oppress your wife at will, trouble her, humiliate the wife's parents in public and hurt them. Of course not! He said: Allah knows everything, and He will take account of every one of your actions.

Now, look at the next stage of divorce in Islam. When the final separation between the husband and wife transpires, we often see the husband being narrow-minded and derisive in some way or another. Islam supports the woman in this instance too, ordaining that even after divorce, the wife has rights which the husband must observe. Namely, he must not express narrow-mindedness and bigotry towards her. Instead he must adopt a dignified approach, one obligatory form of which is that the husband should not start asking for the gifts he gave to his wife during their marriage to be returned; it is unlawful to do so. Hence, He said: "It is not permissible for you to take back anything from that which you have given to the women", meaning it should not be the case that after the divorce, the husband sits down to calculate how much was spent on the marriage ceremony, or on other occasions or on gifts given to the wife, so that now she or her family will return this amount. These acts are proscribed for the husband; they are absolutely unlawful. Instead, whatever the husband gave to the wife, it belongs to her now. The husband has no right to take it back.

Read these rulings of Islam from the depth of your heart and reflect over the following, when Islam supports women's rights at every step in such a glorious manner during a stage of separation like divorce, what beautiful teachings must it emphasize in regard to showing good conduct towards women in normal circumstances of life. 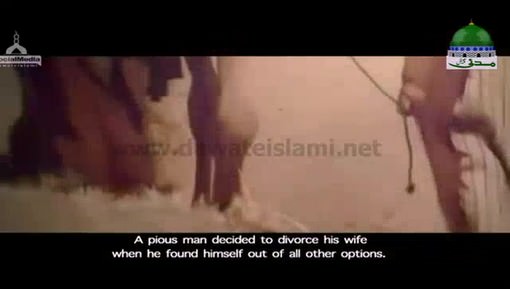