Helplessness and Inability to Act

A Greek businessman, Aristotle Onassis, was the owner of a large shipping company. After his death in 1975, a TV channel produced a documentary about him which made a shocking revelation about him. Audiences could not imagine that such a wealthy person could be so helpless. He suffered from a rare disease that prevented him from opening his eyes willingly. Despite receiving the best treatment available, he could not be cured. His only solution was to apply sticky tape to his upper eyelid in the morning so that he could see during the day. And in the night, the tape would be removed, letting his eyelids close so he could sleep. When asked if, despite his wealth, there was any wish of his that remained unfulfilled, Onassis replied, ‘I wish that I could move my eyelids myself just once, even if it would cost me all my wealth.’

His strength and might are striking, but so is his helplessness. Humans have explored the skies and deep oceans, forged tunnels by carving through mountains, made homes in previously uninhabitable places, harnessed the power of electricity to generate light in the dark, coolness in the summer, and heat in the winter, and executed the most fantastic feats. Yet, these same human beings sometimes become so helpless that they cannot walk a few paces or hold a glass of water. Our vulnerability as a species is such that if our hearts beat slightly more or less than the average 103,600 beats daily, we are pushed to the edge of life. We eat and drink without a second thought yet the failure of a single component in our fragile digestive system could be fatal. A doctor mentioned that patients come to him whose intestines are cut and a tube is placed at the entrance of the stomach and then a plastic bag is attached to the side. Now, all the waste gathers in that bag and a person has no choice but to live their life whilst attached to that bag.

A simple accident can cause bones to break, rendering a person incapable of even turning on his side. If a person’s sense of taste were to end, his life would become tasteless, because science is incapable of producing something even remotely like the tongue. Only the one who loses his eyesight is aware of the resulting darkness in one’s life. How helpless does a person appear when his car’s brakes fail, when the data is wiped from his computer, or when he falls asleep while driving? The helplessness of a child when a balloon pops, the helplessness of the one whose motorbike’s tyre is punctured, or when the gasket of his car’s engine is blown is only understood by that person.

Most recently, the world witnessed the helplessness of human beings when the global pandemic led to countless fatalities and oxygen shortages in some countries – the value of air was never so real. Looking at history, we find the likes of Nimrod and Pharaoh; both claimed omnipotence, yet the former died when a tiny mosquito entered his brain through his nose while the latter drowned.

Our helplessness starts in childhood when we are dependent on others for food, drink, and other needs. As we enter old age and our bodies begin to fail, we become truly aware of our helplessness. Then, when death arrives, we are in dire helplessness, for one pang of death is more severe than a thousand strikes of a sword, but the one going through it is incapable of sharing his helplessness with others. Ask about the helplessness of the deceased from the one who bathes him; the corpse cannot move its body an inch. The funeral further displays his helplessness when people carry him on their shoulders and take him to the cemetery where he is placed into the grave helplessly and left alone. After this, what will be the state of a person’s helplessness on the Day of Judgment when he traverses the Bridge of Sirat?

Realising our vulnerable and weak natures, it is fair to say that we have no right to be haughty and disobey the omnipotent Lord of the Worlds just as we do not have the strength to bear the punishment of Hell. According to the hadith, the denizens of Hell will be admitted to Hell in a disgraceful manner; the fire will be 70 times hotter than the fire of this world and it will burn one’s skin, turn one’s bones into ashes, and produce a thick smoke that will obstruct people’s breathing. It will be so dark that a hand will not be recognised as a hand. When the dweller of Hell, who will be shackled in fetters and worn out by hunger and thirst, is given boiling water to drink, and it is brought close to his mouth, the skin of his mouth will fall off due to the heat. He will be given thorny branches to eat and he will be struck will large iron hammers.

These are the realities of life, the Hereafter, and our helpless natures. Ask yourself, is it not time to avoid sins and work hard to gain the proximity of the Merciful Lord? After all, it is His mercy alone that will bring us salvation.

May Allah Almighty grant us well-being, comfort, and ease in this world and the Hereafter.

Dear Islamic brothers! Make up your mind to accept that whatever Allah wills, it happens. If a black cat crosses our path or an
Read Article

Two sisters decided to marry their children with each other. The girl had a poor vision due to which she started wearing glasses.
Read Article 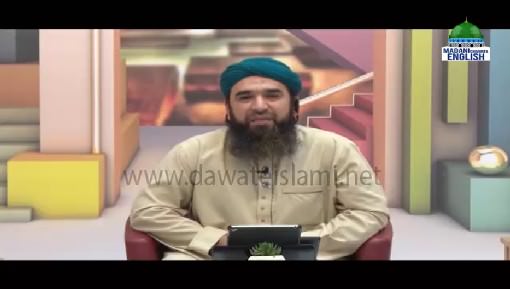