There are many occasions when we do different things hastily in life. Though we know it very well that haste makes waste, we end up doing many things in haste. This article discusses the disadvantages of haste and brings to light the difference between haste and quickness.

Haste is the quality of doing something quickly, sometimes too quickly that a person becomes careless and makes mistakes, while quickness is the quality of doing something fast in order to ensure its timely completion without making mistakes. According to a blessed Hadith, التَّأَنِّی مِنَ اللَّهِ وَالْعَجَلَةُ مِنَ الشَّيْطَانِ ‘Calmness is from Allah and haste is from Satan.’ There are numerous examples in our life when, due to haste, we suffer financially, physically and mentally.

Here is a summary of what Mufti Ahmad Yar Khan رَحْمَةُ الـلّٰـهِ عَلَيْه has commented on this blessed Hadith: ‘The worst thief is the thief of Salah. Although the thief of wealth is punished, he may also get some benefit. On the contrary, the thief of Salah will receive full punishment but will not get any benefit. The thief of wealth violates the right of people, whereas the thief of Salah violates the right of Allah Almighty.’ Therefore, refraining from haste, we should offer Salah and perform other acts of worship calmly while conforming to manners with good intentions so that we receive their blessings not only in the worldly life but also in the afterlife.

Starting a business in haste

Sometimes, some people start a new business in haste without realizing the market position, location and other conditions of the business. They try their best to run it despite suffering loss for many days, months and even for years but finally they close down the business simply because they fail to fulfil the essential requirements and ignore ground realities in haste at the time of starting a new business.

Making decision about marriage in haste

Sometimes some people make a hasty decision about the marriage of their sons or daughters or siblings. They do not inquire about the life-style and habits of the potential marriage partner, but after the marriage they realize that they have made a big mistake. As a result, sometimes, such a marriage ends in divorce and brings about mental torture and financial loss to both the families. When some people hear about the salary or income of the potential marriage partner, they become very happy and, sometimes, also greedy and want to marry their daughter or sister to him at all cost without realizing the fact that there are also many other things which need to be considered before the marriage. Likewise, sometimes, the family of a man finds a beautiful woman and makes a hasty decision to marry their son or brother to that woman without inquiring about the character and behaviour of the woman. After the marriage, when she starts showing her true colours, they realize that they have made a big mistake by making a hasty decision. Their lives become terrible and, after a period of time, their marriage ends in divorce and, in this way, enmity may begin between the two families.

Finding a rented house or flat in haste

In the same way, sometimes, people choose a rented house or flat in haste without inquiring about the owner. When they move in the house or the flat, they are mentally tortured by the owner and end up facing difficulties. They then realize that they have made a big mistake by taking a hasty decision. Therefore, one should be careful and obtain necessary and authentic information before making any important decision.

In the examination room, it has been observed that some students do not attempt the appropriate questions or sometimes they do not attempt compulsory questions due to haste. When they receive the question paper, they hastily start answering questions. Sometimes, some of them are so nervous that they start writing answers even without reading the instructions carefully. Moreover, because of being in haste, they make numerous mistakes and lose their precious marks which affect their overall percentage.

Remember, Allah Almighty does not like haste. Haste is from Satan. Haste leads to failure and brings about regret. Haste becomes an obstacle in the way of progress. Many people in their haste to complete the work on time, make a number of mistakes. Haste makes a person feel embarrassment in front of others. Due to haste, a person even gets deprived of his own rights. Sometimes, due to haste, a person even receives severe injuries and reaches hospital. Haste may cause terrible accidents and loss of precious lives. Due to haste, Salahs and other acts of worship like fasts, Hajj and animal sacrifice, etc. can also be defective. Due to haste, sometimes, a person has to do the same work again and again, which is waste of time. Due to haste, writings, speeches and conversation do not produce the desired results. A hasty person makes wrong decisions. A hasty person fails to focus on the good and bad aspects of a situation and, in this way, he suffers a huge loss. In his haste to devour more and more food, he does not chew it properly, causing indigestion. Moreover, at times, in order to get his own rights, a hasty person violates the rights of other people.

And (sometimes) man prays for evil just as he seeks goodness, and mankind is very hasty.

There are occasions when we should not delay, as delay may bring about loss such as delay in burying a dead body, in daughters‘ marriage, in repentance, in carrying out any virtuous deed, etc. From the Islamic point of view, a dead body should be buried as soon as possible, but sometimes it has been observed that some people delay burying their deceased because they wait for a relative to arrive from abroad to attend the funeral. Some people delay their daughters’ marriage saying that she is still too young or she is doing a job, so let her do the job because this is her career; once she makes her career, she will have a large number of good marriage proposals. But, in fact, it is better and safer not to delay marriages unnecessarily. Similarly, we should not delay repenting of our sins and carrying out any virtuous deed either, as death may occur anytime.

In a nutshell, haste is a cause of many problems. Whatever we do, we should do it calmly. Whether it is the matter of marriage, studies, job, business or worship, we should not hasten, but rather we should carry them out in a calm and peaceful way. 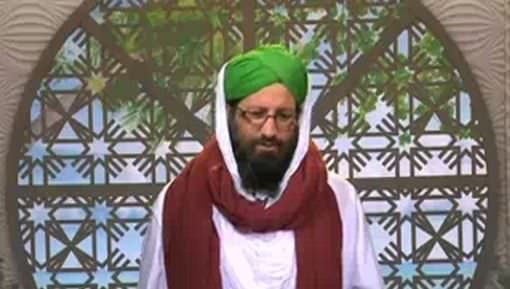