Importance and Benefits of Charity in Islam

History bears testimony to the relentless efforts made by civilisations East and West to understand and treat disease. Islam teaches us that every ailment is treatable and every sick person can hope for recovery:

‘Allah does not send down any disease except He [also] sends down the cure for it,’ (Ibn Majah).

There is a cure for everything except death. So it falls upon the people to succeed in their efforts to heal others and discover cures for diseases; from an Islamic perspective, there is no incurable disease and hence we explain the reality of this era as a time where there is an improved but still limited understanding of the conditions affecting the human body.

So how is healing linked to charity? The short answer is that Islam relates how the scope of personal munificence can have a healing-effect both physically and spiritually. One who spends his wealth in the way of Allah Almighty can attain protection and elevation; his action is beneficial for his record of deeds and the condition of his very own soul as good deeds purify the heart and empower the soul.

Generosity is a praiseworthy trait in every social context. Generally, much like veracity, friends or foe acknowledge the magnanimity of an individual. Altruism is a character-trait anchored into the minds of children through schooling whereby they learn aphorisms such as ‘sharing is caring.’ Giving to others is the essence of generosity, an attribute that may be described by the word charitable. Islam teaches us that charity is both, rewarding and healing, for the physical and spiritual human states.

Calamites befall the believer as part of his personal trial or expiation of sins; both being means of spiritual purification.

‘No calamity befalls a Muslim except that Allah makes it expiation [of sins] from him, even if he were pricked by a thorn.,’ (Bukhari)

Diseases and afflictions are unavoidable aspects of human life, however, charity can act as a barrier between a person and any personal calamity.

‘Give charity in the morning, for the calamity does not transcend charity,’ (Shu’ab Al-Iman).

A sudden, unexpected loss or accident will often arouse the charitable nature of Muslims. An apparent inconvenience can serve as a reminder that it is time to spend in the way of Allah Almighty. This response stems from the Islamic concept of protection through charity; whether this is related to matters of this world or the Hereafter. Consider the following Hadith narrations:

‘Indeed, charity extinguishes the wrath of the Lord and protects against a bad death,’ (Jami’ Al-Tirmizi).

‘Protect yourself from the Fire even by [giving] a piece of date (as charity),’ (Bukhari).

The time of death is decreed but charity may positively affect the manner of one’s departure from this world. Our endeavours are but attempts to attain Divine Proximity. So the generosity we express may afford us a graceful death, basking in Allah’s عَزَّوَجَلَّ Grace, revelling in His Mercy, and tasting the sweetness of His proximity.

Charity aids the needy and is an integral part of a successful social cycle prescribed by the Shari’ah.  However, an often overlooked aspect of this righteous deed is the efficacy of the deed upon the soul. When one helps another, he really helps himself and this is in addition to Divine aid; the serenity attained through assisting a companion of faith is indescribable. The emphasis of giving alms can be appreciated through the following hadith narration:

During the preparations for the Expedition of Tabuk, the beloved Prophet صَلَّى الـلّٰـهُ عَلَيْهِ وَاٰلِهٖ وَسَلَّم encouraged the Companions رَضِىَ الـلّٰـهُ عَـنْهُم to donate resources. Sayyiduna Uthman Ibn ‘Affan رَضِىَ الـلّٰـهُ عَنْهُ came forward to pledge 100, then 200 (more) and then 300 (a total of 600) camels with provisions; an act of kindness that has been immortalised in the annals of history. Mufti Ahmad Yar Khan Na’eemi رَحْمَةُ الـلّٰـهِ عَلَيْه explains that in the end, he presented 950 camels, 50 horses, and 1000 gold coins in the Prophetic Court.

The departments of Dawat-e-Islami are aided by public donations. Without the generosity of people, the maintenance of religious activities becomes challenging. It is part of the prophetic way to appeal for donations for the service of Islam allowing Muslims to express their munificence for the betterment of their Hereafter.

When money is spent to facilitate the service of Islam, the contentment attained through such personal contributions is priceless and transformational. In this era, donations can be forwarded or transferred from the comfort of one’s home, so opportunities to attain reward should not be missed. Visit our website www.dawateislami.net or contact your local representative of Dawat-e-Islami for more details.

Consider: facilitating access to water for those poor souls who yearn for a few droplets to stay alive, the happiness of the destitute when they break bread after weeks of hunger, and the tearful supplications of a poverty-stricken mother when she receives much needed financial aid. These are only a few examples of the many scenarios that stir our sense of humanity – a natural inclination we must not ignore.

Giving in the way of Allah Almighty is rewarded according to one’s personal circumstances; the rich do not have the upper hand in this righteous deed;

‘A single dirham surpassed 100,000 dirhams,’ declared the Messenger of Allah صَلَّى الـلّٰـهُ عَلَيْهِ وَاٰلِهٖ وَسَلَّم. When the Companions asked how, the Prophet صَلَّى الـلّٰـهُ عَلَيْهِ وَاٰلِهٖ وَسَلَّم replied, ‘A man only had two dirhams and he gave one in charity, and another (rich) man went towards his wealth and he took 100,000 dirhams from it giving it as charity,’ (Sunan Nasa`ee).

Although affluent people can donate larger sums, here the less affluent donated a larger share of his possession (half) which was comparatively more, and thus more rewarding in the Court of Allah عَزَّوَجَلَّ. This is further encouragement for those who may be affected by their limitations and might remain deprived of the potentially excellent recompense awaiting them due to not giving alms.

Trials and calamities purify the believer in this world in preparation for the Hour. When one truly accepts that the Most Merciful will never be unjust to His creation, and ‘Allah does not place a burden upon any soul, except to the extent of its strength;’ (Q. 2:286), the reality of life becomes clear. Humankind may not have absolute control over all matters, but an individual is certainly not completely helpless; therefore, charity should be considered as a means of repelling catastrophes and attaining contentment for the soul.

Charity heals the giver and the recipient; the former attains expiation and protection as well as a sense of heartfelt tranquillity. As much as physical healing provides relief to the limbs, the inner state cannot be neglected; charity can heal a damaged soul; the pain of which remains concealed. Wounds are dressed and deep cuts are stitched but the invisible injuries of poverty can only be healed through the generosity of people. So let the hearts and bodies be relieved through charity. After all, the best people are those who benefit others. 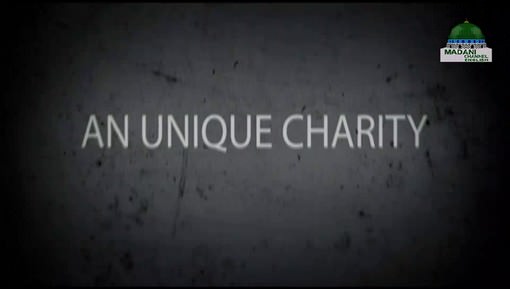