Decorations in Rabi ul Awwal and Participating in Welfare Activities

1. Decorations in Rabi-ul-Awwal and Participating in Welfare Activities

Q: What do the honourable scholars say about this issue: whenever the blessed occasion of Milad Sharif arrives and decorations are put up that conform to the Shari’a, certain people object, arguing that instead of spending money on decorations, it is better to spend it on welfare activities. For example, fulfilling the needs of the underprivileged, aiding in the wedding ceremony of a poor person's daughter, and so on. In reality, the actual reason behind this view of theirs is to prevent others from carrying out the lawful action of decoration and ornamentation, rather than actually spending upon welfare work. What is the ruling about doing so?

Decorations to mark Milad Sharif are lawful and permissible as long as they do not flout the boundries of Islam. Furthermore, making good intentions; such as to publicize the favour of Allah Almighty and express love for the Messenger of Allah صَلَّى الـلّٰـهُ عَلَيْهِ وَاٰلِهٖ وَسَلَّم, makes this a means of reward. To remain within the guidelines of Islamic law and spend money upon lawful work is not forbidden or disliked.

Those who object to this, claiming that the money and effort would be better spent on welfare work, do not place such restrictions upon other fields of life or work. For example, these individuals do not say: “People should use inexpensive mobile phones and not smart phones, thus saving money to be utilized in welfare activities.” Expensive tiling and fittings, carpets, curtains, sofas, bedsteads, cooling systems, or appliances should not be utilized; nobody should construct and live in large homes or estates, but in fact, only the amount needed out of necessity should be kept for oneself, and the rest spent on welfare work. In the same manner, nobody should wear elegant clothing, eat costly food, send their children to reputable schools, or travel in or buy expensive vehicles; only using the bare minimum amount to keep costs down, the rest should be spent upon welfare work. During weddings, nobody should spend money on good food at prominent restaurants, the way that the Messenger of Allah صَلَّى الـلّٰـهُ عَلَيْهِ وَاٰلِهٖ وَسَلَّم gave a simple dowry for the marriage of his daughter, Sayyidatuna Fatima رَضِیَ الـلّٰـهُ عَنْهَا, so one should give a simple dowry also”, so on and so forth.

2. Cakes with the Prophetic Name or Green Dome

Q: What do the honourable scholars say regarding this issue, that when celebrating the Eid of Milad Sharif, some people cut a cake upon which the blessed name of the Holy Prophet صَلَّى الـلّٰـهُ عَلَيْهِ وَاٰلِهٖ وَسَلَّم, an image of the Green Dome or the Ka’bah can be found. These cakes are then cut with a knife, is it correct to do this?

If the cake features the name of the Holy Prophet صَلَّى الـلّٰـهُ عَلَيْهِ وَاٰلِهٖ وَسَلَّم, the image of the venerable Ka’bah, or the Green Dome, and this cake is then cut with a knife, then doing so is disrespectful and improper. Another detriment of this is that people will say: “The one who cut the cake, has cut the Green Dome or Ka’bah,” “it has been cut into pieces,” or “it has been eaten,” (we take refuge in Allah عَزَّوَجَلَّ). In addition, it is a ruling in Islamic law that the same way an individual should stringently avoid bad work, he should avoid bad names and bad connections.

3. The decorations of Rabi-ul-Awwal and the danger of sinful gazing

Q: What do the honourable scholars say regarding this issue, within the month of Rabi-un-Nur, streets and stores are decorated and lighting is put up in respect of the Milad Sharif. Women come to see these decorations, thus causing a likelihood of sinful gazing. As such, should we discontinue placing decorations or carry on doing so?

In the month of Rabi-ul-Awwal, upon the blessed birth of the Master of all Messengers, the Final Prophet صَلَّى الـلّٰـهُ عَلَيْهِ وَاٰلِهٖ وَسَلَّم, Muslims make special thanks to Allah Almighty for granting them this auspicious and unique blessing and mercy. In expressing their happiness and publicizing the favour of Allah عَزَّوَجَلَّ upon them, they mark his advent through a variety of lawful practices, such as extensive lighting arrangements, necklaces of flowers, etc., to decorate the streets and neighbourhoods. This matter, without doubt, is Islamically lawful and virtuous. There is an extensive range of proofs supporting this matter from the Quran, Sunnah, and honourable scholars of Islam. Now, in relation to the few un-Islamic acts that ignorant and oblivious people attempt to include into the Milad Sharif traditions, which in certain locations, includes the portraying of uncovered women in public, then based on this, an action which the Islamic law has labelled virtuous and approved, will not become disallowed, rather, those unlawful wrongdoings and shortcomings that have been included in it, will simply be distanced and removed.

For example, even a person with a meagre understanding can perceive that a good action, such as marriage, will not be prohibited solely because a few ignorant souls contaminate it with un-Islamic behaviour. Rather, those incorrect actions should be eradicated. In the same vein, , if a stain is found on clothing, then it shall not be torn off but rather the stain will be removed. Reinforcing this, even those who find it hard to grasp this concept should understand the following: if a fly was to sit on one's nose, then the nose would not be cut off, but instead the fly would be taken off, even if this has to be done numerously.

In summary, regarding the above-mentioned case, every possible measure should be taken to ensure that women are stopped from this action, and this virtuous act (of decoration in the name of Milad Sharif) should be safeguarded against un-Islamic trends as much as possible.

Q: What do the scholars of Islam say in regard to the following: We have come across a ruling which states

Q: What do the honourable scholars of Islam say regarding the following matter: what is the ruling on taking

Q: What do the noble scholars say about the following matter: In our masjid, foam underlay is fitted under the floor mats.

Q: What do the honourable scholars say about this issue: who legally owns the pension of the deceased person?

Q: What do the scholars of Islam say about the following matter: as written in Bahār-e-Sharīʿat,

Q: What do the honourable scholars of Islam say about the following matter: whilst in the state of Ihram,

A: Lighting candles, believing that the ˹souls of the˺ righteous will visit, is an invalid and baseless belief. 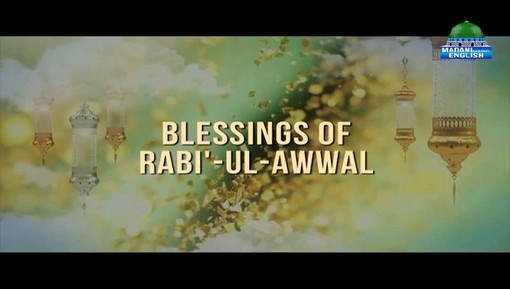 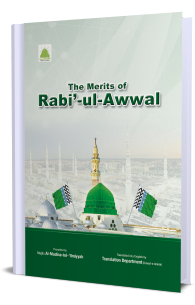 The Merits of Rabi’ ul Awwal