The Consequence for Wiley

The Consequence for Wiley

Elia the Ewe and Emad the Elephant were very good friends. They would help each other in times of difficulty. One sunny morning, they were walking together in a field down by the riverbank, when Elia the Ewe cried out: ‘Brother Emad! I don’t know if you have benefitted from my friendship, but I have benefitted a lot from your friendship.’

Emad the Elephant was a little surprised by his friend’s question. ‘How has my friendship benefited you?’ he asked.

Elia the Ewe smiled and said: ‘Well, I can’t reach the leaves of tall trees, but you get them down for me and you protect me from stronger animals.’ These words delighted Emad the Elephant. ‘Sister Elia, it’s the least I can do for you. May Allah Almighty protect our friendship.’ Whilst they were busy talking, Wiley the Wolf was sitting with his friends in a den far away. They were making a new plan to trouble the other animals.

‘Friends!’ Wiley the Wolf bellowed. ‘We are stronger than all of the other animals. I think we should go to the field down by the river and show our strength to everyone there,’ he announced. ‘Yes! We should!’ his team cried out in excitement.

One of the wolves, Wacky, stood up and said: ‘That’s a great idea! We will have a lot of fun. There is a problem though.’ Wiley the Wolf did not like others questioning his decisions. He looked at Wacky the Wolf angrily: ‘What problem is there?’ With a trembling voice, Wacky the Wolf answered: ‘We scare the weaker animals every day. Someday, we may come face to face with a bigger challenge.’

Wiley the Wolf scowled: ‘No-one in this jungle is stronger or bigger than me. No-one can challenge me!’ he arrogantly shouted.

A few days later, Wiley the Wolf approached the field down by the riverbank. As soon as the other animals saw Wiley and his friends, they began to flee. They knew very well that Wiley and his friends are troublemakers who bully the other animals. Wiley the Wolf laughed and cheered seeing the animals running away from him. The team of wolves entered the field. First Wiley began growling loudly and then, his friends joined in.

On the other side of the field, Elia the Ewe watched as all of the animals ran away. She was a little scared herself. By now, Wiley the Wolf was busy looking around, searching for a smaller animal to bully. Suddenly, he spotted Elia the Ewe, hiding behind a tree. Wiley and his friends chuckled and began running towards Elia. As Elia saw the scary wolves coming towards her, she started to run away, ‘Help! Help!’ she shouted at the top of her voice. Elia the Ewe was not quick enough and very soon, Wiley the Wolf and his friends caught up with her.

‘We have you now,’ Wiley sneered. ‘Elia the Ewe always gets away from us because her friend Emad the Elephant rescues her. Today, he is not here to save her!’

Elia the Ewe was surrounded by the wolves. Her heart was beating ever so quickly. She prayed to Allah عَزَّوَجَلَّ to save her.

As Wiley began to get closer to Elia the Ewe, he and his friends suddenly heard a sound which was becoming louder and louder. ‘Thump!’ ‘Thump!’ ‘Thump!’ It was Emad the Elephant, racing towards the wolves with ten of his elephant friends.

Wiley and his team were terrified. They knew that the wolves are no match for the elephants ‘Run!’ Wiley screamed. Then, he and his team of wolves ran away as fast as they could. Elia the Ewe was saved.

Dear children! We learn two morals from this story:

2.   We should help our friends and not leave them alone when they are in trouble.

Sparky went closer to where the voice came from but didn’t see anyone nearby. Who was calling out for help?

Three families of birds lived on a tree. Their homes were at different parts of the tree, some higher, some lower.

‘No, my child, no! The morning began a while ago. Something must be wrong, which is why there is darkness in our home.

‘Ah, what am I supposed to say! I have become fed up with people. They do not treat me well’,

Whilst humming to himself, the brown monkey put the fruit in a basket and was returning back to his home.

Elia the Ewe and Emad the Elephant were very good friends.
Read Article
One day, Safri was having lunch. In the meanwhile, Khabri came running and informed him:
Read Article 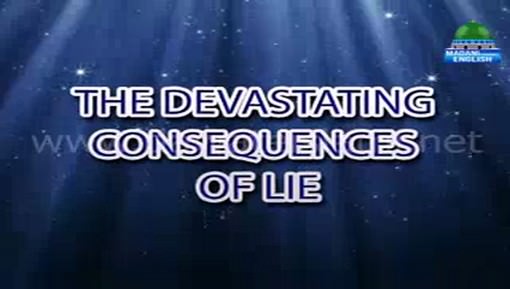 The Devastating Consequences Of Lie 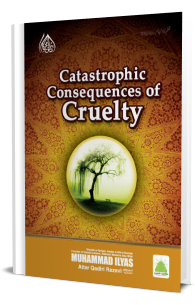