Have Islamic Scholars made Islam Difficult?

The same question was answered in the previous topic and it has been completed in this topic. The central idea is that Islamic scholars have not made the religion difficult. Instead, Allah Almighty has sent this religion to us and every Muslim will have to accept it with all their heart and soul. Now it is the task of the objectors to tell us: What things have Islamic scholars made difficult?

We gave the example of acts of worship that, Allah Almighty has made Salah, Fast, Zakat, and Hajj Fard. If you accept, perform them and if you do not accept, even then you have to perform them.

Now let’s talk about other commandments. At the present time, the economic system of the world is based on interest-based economy. Interest is found everywhere in all international, national, and private financial affairs. Islamic scholars, from time to time, speak about its prohibition and its evils and they will continue to do so. They do not talk about all this on their own, and nor have they declared interest Haraam by themselves, but rather interest being Haraam has been stated in the Holy Quran. It has not been mentioned in one or two verses, but rather in several verses, not in one or two Ahadees, but rather in dozens of blessed Ahadees. Now if someone is addicted to interest, or in his sight the entire system of the universe is running on interest, so whatever he assumes, as a Muslim, it is Fard for him to refrain from interest.

The prohibition of interest cannot be ignored. Now if someone finds difficulty or rather great difficulty regarding this ruling, I humbly say to him: Mr! Allah Almighty has declared interest to be Haraam, and the Holy Prophet صَلَّى اللّٰهُ عَلَيْهِ وَاٰلِهٖ وَسَلَّم has mentioned it over and over again. This is not the personal desire or invention of Islamic scholars, therefore whether it is a poor or a rich person, a handcart vendor or a businessman, the head of a bank or the owners of big insurance companies, everyone, having faith in its prohibition, must refrain from it in any case.

Similarly, if someone assumes that bribe money is also given along with the file in a government office and without this the work is not done, so Islamic scholars will still consider it Haraam, because earning money by evil means has been declared to be Haraam in the Holy Quran.

The Beloved Rasool صَلَّى اللّٰهُ عَلَيْهِ وَاٰلِهٖ وَسَلَّم has declared that the one who takes and gives a bribe is a Hell-dweller. Now if someone finds it difficult to do something or get something done without a bribe, and the prohibition of bribe is hard for him, or whatever the situation is, it has been decided that Islamic scholars have not created this difficulty, but rather Allah Almighty has issued these excellent commandments for the reform and welfare of the system of the world.

Above-mentioned acts of avoiding interest and having esteem for faith are the commandments for which, the people who do not know the basics of religion usually blame Islamic scholars. In addition, the issue that has saddened secular and liberal people is the issue of purdah. They become very annoyed when Islamic scholars persuade women to observe purdah. For such people, the purdah of a woman is not only a chador, but it is like a tight shroud for their satanic desires. In other words, it is extremely unpleasant for them, though, purdah is the source of preventing someone from these impure desires. Anyway, with the intention of destroying this purdah and modesty, they sometime try to criticize purdah severely in the name of freedom of women, sometimes in the name of women employment, and sometimes using other tricks. However, the Holy Quran has stated about modesty and purdah clearly that Muslim men should keep their gaze lowered and Muslim women should keep their gaze lowered too, protect their chastity, and should not disclose their beauty. Now, whether someone accepts it or not, observing purdah is a must. It should be remembered here that Islamic scholars have not made these commandments themselves, but rather these commandments have been stated in the Holy Quran and blessed Ahadees.

There is another thing about which when Islamic scholars speak, it causes grief and anger among those who are sick of religion. It is dancing, singing, which, in modern terminology, is called music, dancing, musical evening, soul songs, jovial celebration, artist, and what not. Islamic scholars also declare them to be impermissible and Haraam not by themselves but in the light of the Holy Quran and blessed Ahadees and with the consensus of the entire Ummah. 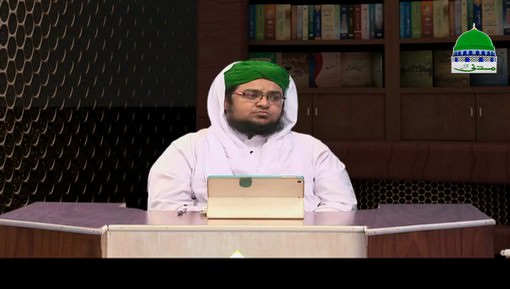