Purposeful Upbringing for Children Is Necessary

Children are gifts from Allah for which parents have a duty of care. Parenting is an art that has to be learned, for raising children with robust values and skills to live as good human beings requires foresight and wisdom.

Unfortunately, all too often, parents focus their energy on equipping children with skills to succeed in work and education but neglect their spiritual, Islamic, and ethical wellbeing to succeed in the Hereafter. This inattention has life-long impacts on the child who may, for example, grow up to become a doctor but remain completely devoid of basic morals and humanity. As their upbringing did not inform them of the importance of helping others, their goal will simply be money and nothing else. No matter how severe a patient comes before him or how dire their circumstance, this doctor will now be wholly apathetic. Until his fees are paid, he will not raise a hand to help anyone.

On the other hand, if mindfulness of Allah Almighty was instilled in his heart since childhood, he would grow up to be a virtuous Muslim whose heart brims with love for Allah and subsequently, for His creation. And his actions would be driven by genuine care for people, not money. There are a host of negative examples similar to this found around us, which all stem from parents not ensuring their children grow up to become upright Muslims.

The upbringing, education, and development of a child, including their shaping into proactive members of society and virtuous Muslims, is pivotally dependent on the parents’ level of education and demeanour. A hadith states: “There is no child born except upon natural disposition (fiṭra), but it is his parents who turn him to Judaism, Christianity, or Zoroastrianism.”[1]

As Muslims, parents are responsible for raising their child the correct way. Here we include a few pointers for our readers:

*   Aim to nurture your children into steadfast Muslims. Plant the seeds of love for Allah into their hearts which will flourish into a life-long and unshakeable connection with their Lord. Nothing in this world will then be able to erode their faith.

*   Teach them the basic tenets of Islam so that they are not led astray by any misguidance of this world.

*   Leading by example, raise them to embody the Muhammadan character and have exemplary manners. In this way, they will spread the message of Islam with their character, people skills and politesse. If they instead harbour detestable personalities, their ill-conduct may lead to others disparaging Islam.

*   Your children should be taught to work hard, so they do not grow to become lazy or languorous.

Although not exhaustive, this list provides key aims of rearing children. If you keep these objectives in mind, there is great hope that your children will grow into respectable Muslims of unshakeable faith, sound mind, and sublime character. The vices and evils we see around us will not deter them from their goals. Wherever they are, they will single-mindedly strive for success in the hereafter. Such offspring bring prosperity to their surroundings and those around them.

Teach your children whatever of this world you please, but do not neglect their spiritual wellbeing, their relationship with Islam, and their commitment to Allah Almighty. No matter how many worldly responsibilities, no matter how high their worldly status; their faith shall then remain preserved. They shall strive towards bettering their hereafter alongside earning and working, اِنْ شَــآءَالـلّٰـه.

Children are gifts from Allah for which parents have a duty of care. Parenting is an art that has to be learned,

The Prophet صَلَّى الـلّٰـهُ عَلَيْهِ وَاٰلِهٖ وَسَلَّم was sent as a mercy and a teacher to teach mankind how to live with honour and civility.

Every word of the beloved Prophet صَلَّى الـلّٰـهُ عَلَيْهِ وَاٰلِهٖ وَسَلَّم is beautiful and unique, and every supplication of his is answered.

Children are experts in using touchscreens but are becoming less creative and geared towards physical activities.

All parents love their children and want them to grow up as fine, upstanding members of society 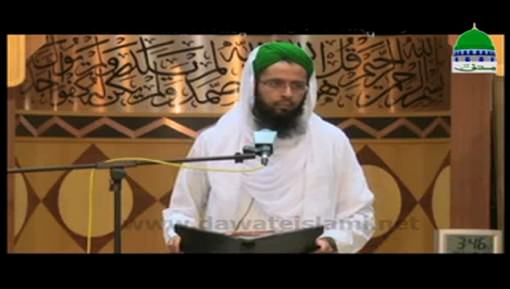 The Difficulties Of Upbringing The Offspring