Head of the Central Executive Committee of Dawat-e-Islami

Sayyiduna Bishr Haafi رَحْمَةُ الـلّٰـهِ عَـلَيْـه once met a person who was drunk. This person took hold of his hand and began to kiss it, saying ‘O my master! O Abu Nasr!’ He رَحْمَةُ الـلّٰـهِ عَـلَيْـه did not prevent him from doing this. When the person left, his eyes became teary, and he said: ‘One person loves another, on the basis that he is pious. It could be the case that the one who holds love for another receives salvation, but only Allah knows what will happen to his beloved.’[1]

O devotees of the Messenger! There is a great deal to learn from the actions and sayings of our pious predecessors. Sayyiduna Bishr Haafi رَحْمَةُ الـلّٰـهِ عَـلَيْـه is a pious man and friend of Allah Almighty and whatever he said was out of humility. However, we should focus on the fact that when one chooses to do good and appears pious, people may begin to express their love for him in different ways. For example, kissing our hands; standing in front of us with their arms folded, and sometimes walking behind us with their arms folded. They present themselves to complete any of our tasks and consider it an honour to fulfil any duty we have assigned to them. Some people sell us things for a cheaper price in comparison to the public, whereas some shopkeepers refuse to take money in return. Even so, have we ever thought: are we actually pious? Are our hearts filled with the fear of Allah Almighty and love for the Holy Prophet صَلَّى اللهُ عَلَيْهِ وَاٰلِهٖ وَسَلَّم? Have we purified our hearts, as well as our exterior? When we are in solitude, is that time free from the filth of sins just like when we are with people? Is our state such, that the ones who hold a high opinion about us and consider us in high regard,  will receive salvation on the Day of Judgement, and our situation will be the opposite? The one who is considered to be God-fearing and a devout worshipper when in reality he is not; the elders of the religion have called this hypocrisy.

Thus, Sayyiduna Ahmad bin Muhammad رَحْمَةُ الـلّٰـهِ عَـلَيْـه stated: ‘If people hold a good opinion of you, that you possess the fear of Allah or spend the night in worship, then act according to their positive thinking. Let it not be the case that people think you are righteous whilst reality opposes this, because this is detrimental and hypocrisy.’[2]  If by the blessings of Allah Almighty, we are successful in cleansing our inward and outward states, and we begin to call ourselves pious or others begin to do so, then this is a cause of danger for us in the Hereafter. At that time, it is possible for Satan to involve us in vanity, which is amongst the internal deficiencies and a sin. Sayyiduna Zayd bin Aslam رَحْمَةُ الـلّٰـهِ عَـلَيْـه states: ‘Do not declare your Nafs to be pious, meaning, do not believe that it is righteous. The meaning of vanity and self-love is to think you are devout’.[3] Sayyiduna Wahb bin Munabbih رَحْمَةُ الـلّٰـهِ عَـلَيْـه states:

The moment people begin to call you pious, there is destruction for you.[4] Sayyiduna Umar bin Zar رَحْمَةُ الـلّٰـهِ عَـلَيْـه states: ‘I swear by Allah Almighty! If I convince myself I am of utmost piety, I shall not laugh until I find out the reward of my actions.’[5]

My Shaykh-e-Tareeqat, the Ameer of Ahl Al-Sunnah, Allamah Maulana Muhammad Ilyas Attar Qadiri Razavi دَامَـتْ بَـرَكَـاتُـهُـمُ الْـعَـالِـيَـهْ, was asked a question during a Madani Muzakarah: ‘A satanic whisper entered my heart telling me that I am pious. How can I get rid of this evil thought?’

In response to this, he said: ‘recite اَعُوْذُ بِاللهِ مِنَ الشَّیْطٰنِ الرَّجِیْمِ and do not pay attention to these whispers, nor take them to heart. As he is considering this whisper to be evil, there is no blame upon him (the one subject to the said whispers).’[6]

O devotees of the Messenger! We should remain in fear of Allah Almighty’s hidden plan. Iblis too was close to Allah Almighty, and was elevated to close proximity and an extremely high rank. For 40,000 years he was the treasurer of Paradise; he was a friend of the Angels for 80,000 years; delivered sermons to the Angels for 20,000 years; was the king of those close to Allah Almighty for 30,000 years; remained as king of the souls for 1,000 years; performed circumambulation of the ‘Arsh for 40,000 years; his name in the first Heaven was ‘Aabid; Zahid in the second; ‘Aarif in the third; Wali in the fourth; Taqi in the fifth; Khaazin in the sixth and 'Azaazeel in the seventh. Despite this, his name recorded on the Preserved Tablet was Iblis (meaning rebellious, disobedient) and he was unaware of his outcome and ending.[7]  When Allah Almighty gave the command to prostrate to Sayyiduna Aadam عَـلَيْـهِ الـسَّـلاَم, Iblis refused and began to insult Sayyiduna Aadam عَـلَيْـهِ الـسَّـلاَم, instead spoke of his own rank and displayed arrogance. As punishment for this crime, Allah Almighty declared him rejected and all his worship was in vain.

We are unaware as to whether we will leave this world with our faith intact. We are also oblivious as to whether our graves will be a garden from the gardens of Paradise, or a pit from the pits of Hell. In our graves, will we be able to answer the questions of Munkar and Nakeer? We do not know whether our book of deeds will be given to us in our right or left hand. We are uninformed as to whether we will cross the bridge of Siraat with ease or not. Will we be granted Paradise, or will Hell be our place of abode?

Hence, O devotees of the Prophet! The year 2022 has started. On this occasion, let us evaluate our actions and intentions. Not with the intention of others calling us pious or to appear righteous in front of others, but with the intention of gaining the pleasure of Allah Almighty, we should continue to adopt the path of piety and righteousness. May Allah Almighty grant us the ability to act upon this. 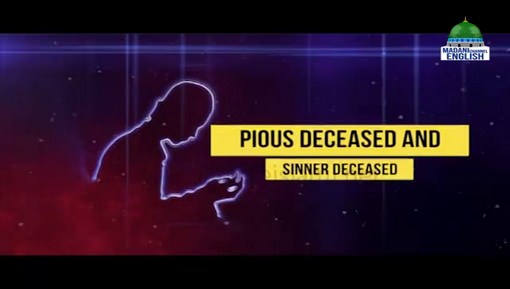 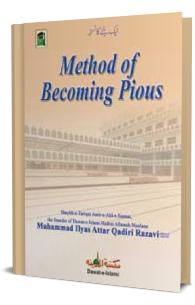