Madani news about converting to Islam: In the Montréal, Canada, two non-Muslims women embraced Islam by the blessing of individual efforts in the Ijtima’-e-Meelad of Islamic sisters. Now these newly converted Islamic sisters, along with attending Sunnah-inspiring Ijtima’ (congregation), learn Glorious Quran too in Madrasa-tul-Madinah Balighat. C By the blessing of individual efforts of the preacher of Dawat-e-Islami, a non-Muslim embraced Islam in Tanzania on 2nd March 2017. This newly embraced Islamic brother was named ‘Muhammad Zubayr’ and now Islamic Tarbiyyat (training) is being provided to him. C Rukn-e-Shura and Nigran Majlis Overseas went to attend Ijtima’, held on 10, 11, 12 March 2017 in Hyderabad Deccan. At Hyderabad Deccan Airport a non-Muslim embraced Islam at the hands of Rukn-e-Shura. C After being impressed by Islam, a non-Muslim lady of Tanzania, contacted through Social Media, and through a Zimmahdar (responsible) Islamic sister of Tanzania she was approached and thus she recited Kalimah Tayyibah and entered into the fold of Islam.

Admissions in Dar-ul-Madinah America: Dar-ul-Madinah has been launched in Sacramento, America since September 2016. اِنْ شَــآءَالـلّٰـه عَزَّوَجَلَّ, from 1st March to 7th April 2017, admissions for Nursery, Pre-KG and KG classes will be started.

3-Day Sunnah-inspiring Ijtima’: A 3-Day Sunnah- inspiring and glorious Ijtima’ of Dawat-e-Islami was held on 10, 11 and 12 March 2017 (Friday, Saturday, Sunday) in ‘Hyderabad Deccan’, a well-known city of India, participated by millions of devotees of Rasool. Huge arrangements were made for the participants of congregation, numerous ablution points, temporary toilets and a lot of food stalls were installed. On 12 March, third day of Ijtima’, special Bayan was delivered, thereafter Tasawwur-e-Madinah [Imagination of blessed Madinah], Du’a and after Salat-o-Salam Ijtima’ was ended. In this Sunnah-inspiring Ijtima’, hundreds of scholars and Mashaaikh-e-‘Izaam, and a large number of political and social workers and personalities attended the congregation. At the end of Sunnah-inspiring  Ijtima’, a large number of Islamic brothers travelled with a 3-day Madani Qafilah and one month Madani Qafilah whereas 20 Islamic brothers committed themselves for 12-month (Madani Qafilah).

Madani activities of Dawat-e-Islami in Japan: From 26th Feb to 3rd March, Rukn-e-Shura and Nigran-e-Majlis Overseas flew to Japan in connection with the Madani activities of Dawat-e-Islami. In this trip, Islamic brothers from America, England, South Korea and Hong Kong also joined Rukn-e-Shura. اَلْـحَمْـدُ لـِلّٰـه عَزَّوَجَلَّ! Sunnah-inspiring congregations were held in the 5 cities of Japan, participated by a large number of devotees of Rasool; moreover, the Islamic scholars and other dignitaries also visited and met with them.

Madani activities in Iran: Madani Markaz has been established in the Chabahar, Iran. At present, weekly Sunnah-inspiring Ijtima’aat, weekly Madani Muzakarah and other Madani activities are successfully being carried out. Recently one month Faizan-e-Quran Course was conducted, participated by the devotees of Rasool residing in the locality; whereas, devotees of Rasool from Bab-ul-Madinah Karachi, had privilege to travel to Iran with 1 month as well as 12-day Madani Qafilahs.

Qufl-e-Madinah Day: In the Madani environment of Dawat-e-Islami, on first Monday of each Islamic month (lunar month) from the timing of Maghrib Salah of Sunday to the Maghrib Salah of Monday (approximately 25 hours), Islamic brothers and Islamic sisters observe ‘Qufl-e-Madinah Day’. On this day, the booklet ‘Khamosh Shahzadah’ [Silent Prince] is read individually or collectively, they try to make only needful conversation, that too using as few words as possible or converse in writing and refrain all their body parts from sins and futilities and use them only for virtuous acts. C In the month of Rabi’-ul-Aakhir 1438 Hijri corresponding to January 2017, ‘Qufl-e-Madinah Day’ has been observed collectively at more or less 130 places in India including ‘Bombay’, ‘Hyderabad’ Ahmedabad, Akola and  Chennai’. It was participated by approximately 3500 Islamic brothers.

Sunnah-inspiring Ijtima’ in Punjab University: A magnificent Sunnah-inspiring Ijtima’ was held by Shu’bah Ta’leem at the largest educational institution of Pakistan, Punjab University Markaz-ul-Awliya (Lahore) in which a large number of MBBS and PhD doctors, engineers, IT professionals, finance officers, teachers, paramedical staff, students and other Islamic brothers participated. Preacher of Dawat-e-Islami Rukn-e-Shura delivered a Sunnah-inspiring Bayan. The participants of Ijtima’ took part in different Madani activities and made intention to travel with the Madani Qafilahs. Moreover, hundreds of Islamic brothers subscribed monthly Magazine ‘Faizan-e-Madinah’ for one year.

Drawing lots for ‘Give Answer’: In the March 2017 issue of monthly magazine ‘Faizan-e-Madinah’, questions were published by under the title ‘Give Answer’, and a Madani cheque worth PKR 1100 was supposed to be presented to the winner after drawing lots. Abundance of papers bearing answers of questions have been received, and on Saturday, March 11, 2017, during the Madani Muzakarah held at Aalami Madani Markaz, Faizan-e-Madinah, Bab-ul-Madinah (Karachi) the winner was selected through drawing lots. The name of the winner is Asad Raza Attari S/o Muhib Ali, Jami’a-tul-Madinah Faizan-e-Muhammadi Gulshan-e-Ma’maar Bab-ul-Madinah (Karachi), and اِنْ شَــآءَالـلّٰـه عَزَّوَجَلَّ he will be presented a Madani cheque worth PKR 1100.

اَلْـحَمْـدُ لـِلّٰـه عَزَّوَجَلَّ! Until now, only in Pakistan 10697 Madaris-ul-Madinah adults are engaged in spreading the teachings of Glorious Quran in which more than 66000 Islamic brothers are learning Glorious Quran free of cost. Besides Masajid, Madrasa-tul-Madinah Baalighan is set up in different markets, schools, colleges, hostels, petrol pumps, factories and even in many jails. Islamic brothers associated to different walks of life for example doctors, judges, advocates, players, artists and even the prisoners of jail and other staff members and workers obtain the blessings of Madrasa-tul-Madinah Baalighan.

Blessings of Imamat Course: Imamat course is one of the courses being conducted In the Madani environment of Dawat-e-Islami. Through this course, efforts are made to prepare Imams of Masajid amongst those capable of leading Salah and have enthusiasm of calling people to righteousness.

اَلْـحَمْـدُ لـِلّٰـه عَزَّوَجَلَّ! Until now, total 94 Imamat courses are completed. By the blessing of this course, approximately 1726 Islamic brothers from Pakistan, India, Nepal and UK have been serving as Imams and Muazzins. Up till now, 23 Imamat courses are being conducted in Pakistan and abroad.

Madani Kaam (work) Course: ‘12-day Madani Work Course’ in the above-mentioned cities have also been started from 1st March 2017, which are continued until writing of this report. Approximately 165 participants are attending these courses.

Tadreesi Tarbiyyati (educational training) Course: Under the supervision of Majlis Jami’aat-ul-Madinah lil-Banaat, 26-day Tadreesi Tarbiyyati Course for the female students of fifth year was started on 1st March 2017 at 14 locations in Bab-ul-Madinah (Karachi), Lahore, Hyderabad, Gujrat and Faisalabad. Until writing of this report, this course is in progress, and collectively around 828 Islamic sisters of Jami’aat-ul-Madinah lil-Banaat alumni are participating in it. 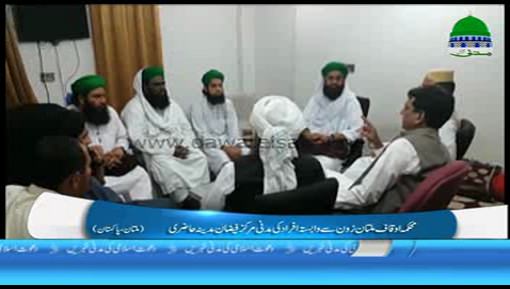 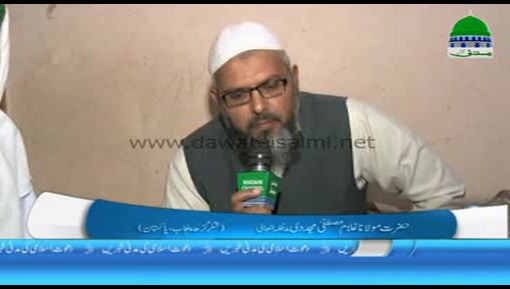 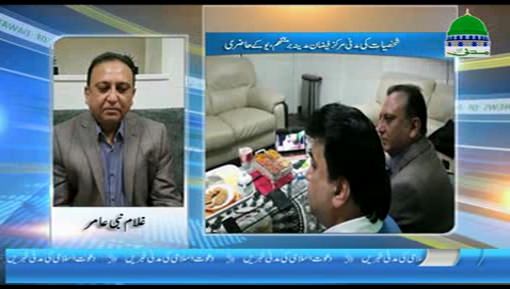 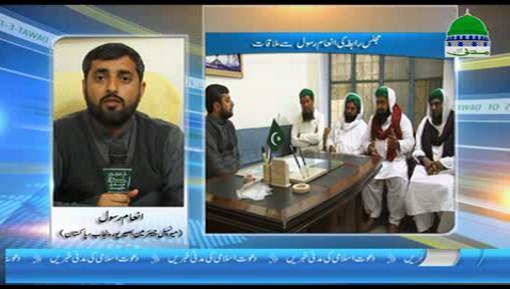 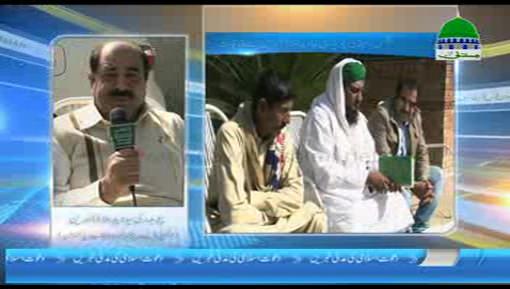 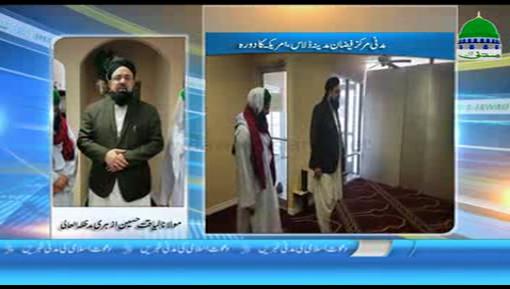 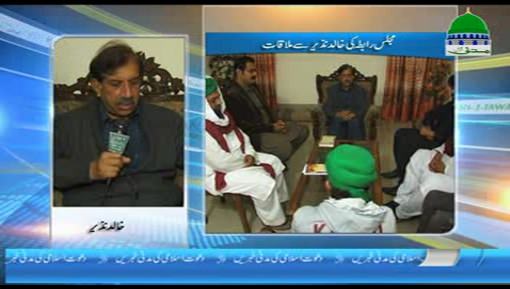 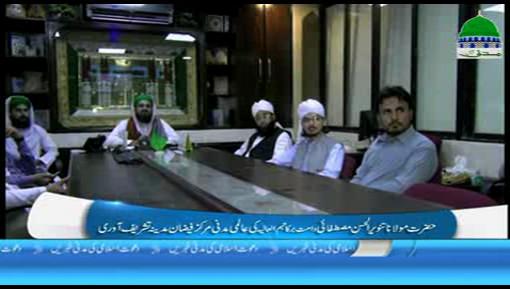 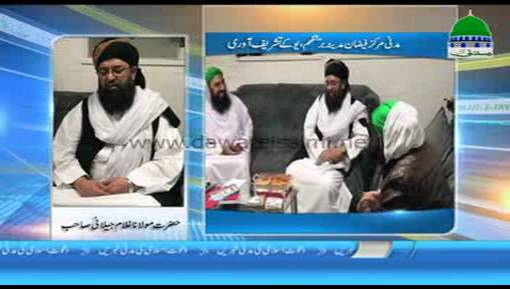 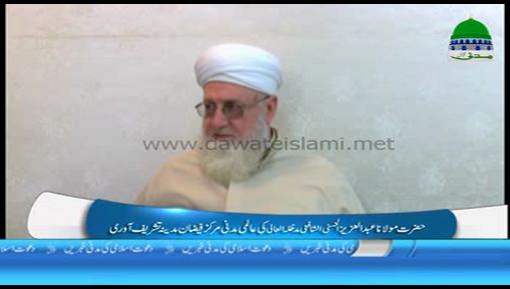