By the grace of Allah Almighty, in the conference ‘المؤتمر الصوفی’, I delivered my Arabic speech and presented the introductory video of Dawat-e-Islami and the founder of Dawat-e-Islami Ameer-e-Ahl-e-Sunnat دَامَـتْ بَـرَكَـاتُـهُـمُ الْـعَـالِـيَـهْ very well. After offering Maghrib Salah, there was teatime. During this, I met several Islamic scholars, who showed great love for me. Soon, the time for Isha Salah came. After Isha Salah, a gathering took place in Arabic language.

It usually happens that after carrying out a great piece of work a person feels tired. For several days, preparation for Arabic speech and presentation in the conference had been underway. Since this task was completed successfully, I was feeling much tired. After attending the gathering for some time, when I felt sleepy, I went and fell asleep. After a long time, I happened to sleep around about nine o’clock at night.

Disadvantage of using mobile just after getting up

I woke up about quarter to two at night. After answering the call of nature, when I looked at the mobile phone, there were many messages, due to which my sleep got affected. The whole night was spent replying to different messages, contacting, and doing Mashwarahs. On this occasion, I learnt a lesson that if you wake up in the night due to any reason, do not pay attention to the messages etc. in the mobile phone. Otherwise, it will become difficult to sleep again. It is also an effective Madani pearl for the readers of the monthly magazine, Faizan-e-Madinah.

In the previous episode, I talked about Aijaz, a businessman from Australia, who joined our caravan after travelling by air for about six hours from Australia. Aijaz had to return after Fajr Salah. I took some more rest after seeing him off.

Attended the last session of conference

The last session of ‘المؤتمر الصوفی’ conference was to start at eleven o’clock in the morning that day. It had to be held at a half-hour distance from our hotel. At around about ten o’clock, we departed to attend the session. As we reached there, we saw that thousands of devotees of Rasool were gathered there. Besides Islamic scholars, the federal minister of Indonesia and our host Shaykh Habib Lutfi were also present on the stage.

Different resolutions were presented in the last session. This announcement was also made that Sufi Channel and Sufi University will also be established by World Sufi Conference. By the grace of Allah Almighty, this last session also ended in a nice manner and we went back to our hotel.

After the last session of ‘المؤتمر الصوفی’ conference, we started a series of meetings with Islamic scholars. We met several Islamic scholars, but the centre of our attention were the people, in whose countries, Madani activities have not started yet on a regular basis or are in the initial stage. We contacted many Islamic scholars belonging to African countries like Albania, Nigeria, and Mali. We tried to bring them closer to Dawat-e-Islami. Although Madani activities of Dawat-e-Islami have started taking place in Nigeria, yet more support is required. We also met the teacher of Jami’ah Al-Azhar and a great Islamic scholar Shaykh Mehna, who invited us to visit Al-Azhar University.

In order to manage the Madani activities of Dawat-e-Islami being performed throughout the world, different Majalis have been established and activities have been assigned to them. Out of these, the name of an important Majlis is Majlis Overseas. Different responsible Islamic brothers of this Majlis monitor the matters of Madani activities being performed in different countries of the world. Whenever we went to meet any Islamic scholar of a country, we were in touch with the relevant responsible Islamic brother of the Majlis Overseas of that particular country and held meeting under his guidance.

Significant number of devotees of Rasool in Afghanistan

During the meetings with Islamic scholars, a pleasant meeting was held with a pious person of Afghanistan who is a devotee of Rasool with correct beliefs ماشَــآءَالـلّٰـه. Several misconceptions were dispelled after having a conversation with him. He told us that about ninety-five (95) percent of the population of Afghanistan are devotees of Rasool with correct beliefs. We immediately made arrangement for him to talk to the relevant responsible Islamic brother of the Majlis Overseas Afghanistan, Haji Imtiaz Attari, via a video conference. The pious person also invited us to visit Afghanistan with a Madani Qafilah. By the grace of Allah Almighty, the day is not far in the future when the Madani activities of Dawat-e-Islami will also be performed successfully in Afghanistan.

Our caravan departed for Semarang airport from Pekalongan at around about half past five in the evening. From there, we had a flight booked for Jakarta at half past seven. Since all the Islamic scholars had to depart together, the vehicles delayed departing. At around about 6:50 pm, we reached Semarang airport and were taken to the VIP lounge at once. After some time, the administrative staff sat us in the aeroplane. We were asked not to worry and that our luggage would also be shifted. After reaching Jakarta, we were informed that our luggage could not reach. The management of the conference apologised to us and ensured that our luggage would be delivered to our country. On this occasion, some people expressed their anger, but by virtue of the blessing of the Madani environment, I had patience and made my mind that these people were not at fault. Such things happen in such kind of work.

Dear Islamic brothers! Usually, during travelling, everything is not done as per the desire of a person. We have to face even troubles and problems at times. All Islamic brothers, in general, and the devotees of Rasool, in particular, who travel with Qafilahs in the way of Allah Almighty, should make up their mind to show patience. Showing impatience and howling on such occasions do not remove troubles and resolve problems, but rather you can lose the reward for patience.

May Allah Almighty accept this journey of ours and may the Madani activities of Dawat-e-Islami flourish. 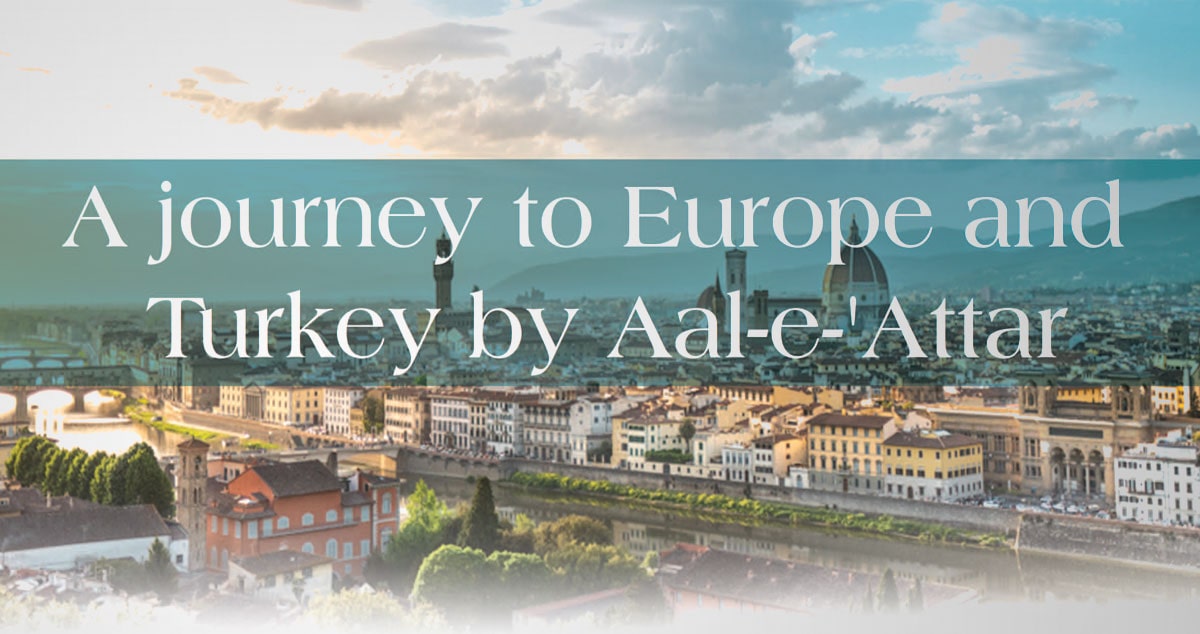 Honourable Islamic sisters! Remember! No piece of work can be carried out properly in any country unless native people are involved. So, you have to focus native Islamic sisters. When you will get close to them, Madani activities will flourish, اِنْ شَــآءَالـلّٰـه. It is a natural phenomenon that people feel ‘deep attachment and affection’ with those who are close to them. Keep doing your best and learn mother tongue of the country where you are going and staying for the Madani activities. Islamic brothers should also learn mother tongues and carry out Madani activities in overseas countries in collaboration with native Islamic brothers. Islamic brothers can also adopt those cultural aspects which are not against the Shari’ah so that natives feel more comfortable with them; like wearing their traditional clothes which do not go against Shari’ah and nor do they affect the ‘Shar’i Purdah’, plus these clothes should also be appropriate in the sight of Islamic scholars and civilised people. By practising it, natives will get close to you اِنْ شَــآءَالـلّٰـه, and we will be able to achieve our aim of serving Islam by conveying the message of Islam to the people of the world.

May Allah عَزَّوَجَلَّ grant us privilege to serve Islam across the world.

It gradually got colder in the evening time in Konya to the extent that the temperature reached -7 degrees Celsius.

From there we went to our residence and rested for a while, and then after having breakfast we travelled to Bursa.

On the night of 5th March, 2020, we arrived at the home of the famous Sufi and teacher of al-Azhar University,

On the morning of 5th March, after breakfast and taking care of other important matters,

For quite some time, I wished to contribute to the work of Dawat-e-Islami in Egypt and bask in the blessings

Since hearing that the airports of the blessed Haramayn have reopened and that people
Read Article
The United Kingdom (UK) is divided into four parts, namely: England, Wales, Scotland and Northern Ireland.
Read Article

After Isha Salah, the last session of the Tarbiyyati Ijtima’ began,
Read Article

On 16th January 2020, on the night between Wednesday and Thursday, at approximately 2:50 a.m., we set off from Karachi to Oman via UAE.
Read Article

A student Ijtima took place on Friday 1st November 2019 after Maghrib Salah in which many PHD students who have come to Hong Kong from Pakistan attended.
Read Article

It was 12 noon on the 30th October 2019 when we began our flight from Karachi to Hong Kong.
Read Article

In Belgium, ‘Ijtima’ for traders’ and then meeting with Islamic brothers, etc. ended at around 3 a.m. We rested for only one and a half hour to two hours.
Read Article