Differences in the Interpretation of Dreams

The World of Dreams

Differences in the Interpretation of Dreams

The interpretation of a dream differs based on the temperament, location, condition, and rank of the person who saw it. For example, if a member of the public and a ruler have the same dream, they can be interpreted differently. If they saw a pomegranate, it can be a harbinger of political victory for the ruler but mean something else for the member of the public. Similarly, a difference in location can also lead to an alteration in the interpretation. For example, seeing a dog in a dream can mean one thing for someone living in a hamlet and something else for a city dweller. Likewise, people’s way of life, language, culture, climate, and other factors affect the interpretation of their dreams. Hence, it is imperative for the interpreter to be mindful of these variables when interpreting a dream.

A difference in time can also impact the interpretation. If the same dream is seen during the day, its interpretation may be different to if it was seen at night. Some glossaries of dreams dedicate a separate chapter to this. A difference in gender can also lead to contrasting interpretations. If the same dream is seen, it can be a sign of goodness for a man and something evil for a woman. The opposite can also occur. For example, if a man has hair falling below his shoulders in his dream, it will mean something else if a woman saw herself with hair of that length.

The dreamers’ degree of piety can impact the interpretation. The same dream can be favourable for a pious person but bad for a sinner. On one occasion, a man went to Imam Ibn Sīrīn رَحْمَةُ الـلّٰـهِ عَـلَيْـه and explained that he was delivering the azan in a dream. The Imam replied, “You will perform Hajj.” Another man related the same dream, but the interpretation was different: “You will be caught and punished for a crime,” the Imam explained. Of course, the people were confused and asked how the same dream could have such vastly different interpretations. The Imam explained, “From the appearance and condition of the first man, I knew he was a pious man. The second man however was not the same. Therefore, I referenced separate verses for the same dream and gave the corresponding explanations.” We can deduce that piety is extremely beneficial for one’s personality and character while sin and disobedience lead to destruction.[1]

The interpretations of your dreams

Dream: In a dream, I was sitting by the sea, watching the waves. An old man came to me with a tiffin box in his hand. Sitting down next to me, he invited me to dine with him. I looked at what he was carrying and wondered what food was inside. Once he opened it, I realised it was nihari. I extended my hand to eat but the man told me to wait. He mixed ghee into it, so much so that there was more ghee than nihari. It all seemed very strange. He then told me to eat, and we ate to our fill, the nihari and the ghee. Please explain the meaning of this dream.

Interpretation: Seeing the sea is a sign of coming into contact with someone of great rank. You may be involved with work that includes people of this type. The man who showed you affection is a sign that you will be successful in your work اِنْ شَــآءَالـلّٰـه. Hence, if you wish to embark on great or extraordinary work, complete it in a good way and rely on Allah Almighty.

Dream: I saw a weasel in a dream. Sometimes it would come close to me with its mouth open. I was fearful of it biting me but thankfully it did not. However, I was very scared. (Islamic sister).

Interpretation: Seeing a weasel in a dream is a sign of a thief. Hence, the one who saw the dream should not be neglectful in protecting her wealth and belongings. Sometimes, dreams of this nature serve as a warning, which is a blessing for a believer.

Dream: My maternal aunt had a dream in which she saw her father had passed away (he passed away 15 years ago).

Interpretation: Reading the noble Quran in a dream signifies blessings, bounties, the power to do good,

There are many interpretations for seeing a lizard, depending on the dreamer’s personality, work, and circumstances.

A difference in time can also impact the interpretation. If the same dream is seen during the day,

aSimilarly, the dreams of other prophets عَـلَـيْهِمُ السَّلَام are described in the Quran and hadith. The Beloved Prophet 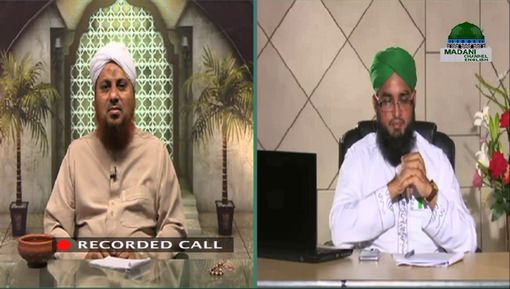