Hiring Somebody Else to do the Assigned Works

What is the ruling for an employee hiring somebody else to do the assigned work?

Question 1: What do the respected Islamic scholars state on the following issue? Nowadays, a new way of providing services is being adopted that a company provides services, but it doesn’t provide services directly; instead, it hires somebody else to do the assigned work. For example, a mason is needed to do some work or a big hotel or building requires cleaning services. The company doesn’t do this work on its own; rather, it brings on a small contractor to do the work at lower rates.  That’s how the company generates profit. Is it permissible?

Answer: Yes, it is lawful. Basically, Ijarah (contract) of work is carried out here. And the task for which Ijarah (contract) is done would obviously not be performed by the owners of the company themselves; rather, they will get it done by their employees. When they are allowed to get it done by their employees, they are also allowed to bring in any other company or a contractor to do the work. It is absolutely permissible. And the profit generated through it is also Halal. It is mentioned in Bahar-e-Shari’at: If doing the work on one's own is not conditioned, then one can also get it done by somebody else. He may get it done by his student or his servant or hire somebody else to do the work. All these conditions are permissible. (Bahar-e-Shari’at, vol. 3, pp. 119)

Is it allowed to sell and purchase goods on the condition that the goods will be returned?

In the proposed condition, it is impermissible for you to take any kind of profit from the owner of the mobile phone.

The detail of the ruling is, the mentioned condition is actually mortgage, because the person who comes to you doesn’t intend to sell his thing. In fact, he needs money on temporary basis. That’s why he pawns his mobile phone and borrows some money from you. Later on, he gets back to you and repays the actual loan along with an additional 500 Rupees, which is actually profit on loan and according to a Hadees, taking profit on loan is Riba [interest]. As it is said by the Holy Prophet صَلَّى اللّٰهُ عَلَيْهِ وَاٰلِهٖ وَسَلَّم: ‘کل قرض جر منفعۃ فھو ربا’ Every such loan that draws profit is Riba [interest]. (Kanz-ul-‘Ummal, vol. 3, pp. 99, Hadees 15512) Therefore, entering into the contract you mentioned in the question is impermissible.

In addition, In Shari’ah, the aim of a sale and purchase contract is that the person who buys anything can utilize it as he wants after becoming its owner, whereas in the condition you mentioned, you can’t utilize it which means you are not allowed to sell it or gift it to somebody etc. since it is necessary to return the same mobile to that person after some time as per the contract. And this point is against the aims of Shari’ah. Therefore, it can't be a lawful contract. Anyhow, the condition asked in the question is unlawful, no matter what the contract is. If it has ever happened, all the additional money you received is Maal-e-Khabees [impure wealth]. Therefore, the profit should be donated without the intention of earning reward.

Sadr-us-Shari’ah, Mufti Muhammad Amjad Ali A’zami رَحْمَةُ الـلّٰـهِ عَـلَيْه has written regarding a conditional sale and purchase agreement: The condition which is against the requirements of the contract and benefits the seller, or the buyer, or the sold item (provided the sold item is among those entitled to obtain benefit), invalidates the sale and purchase contract. (Bahar-e-Shari’at, vol. 2, pp. 702) 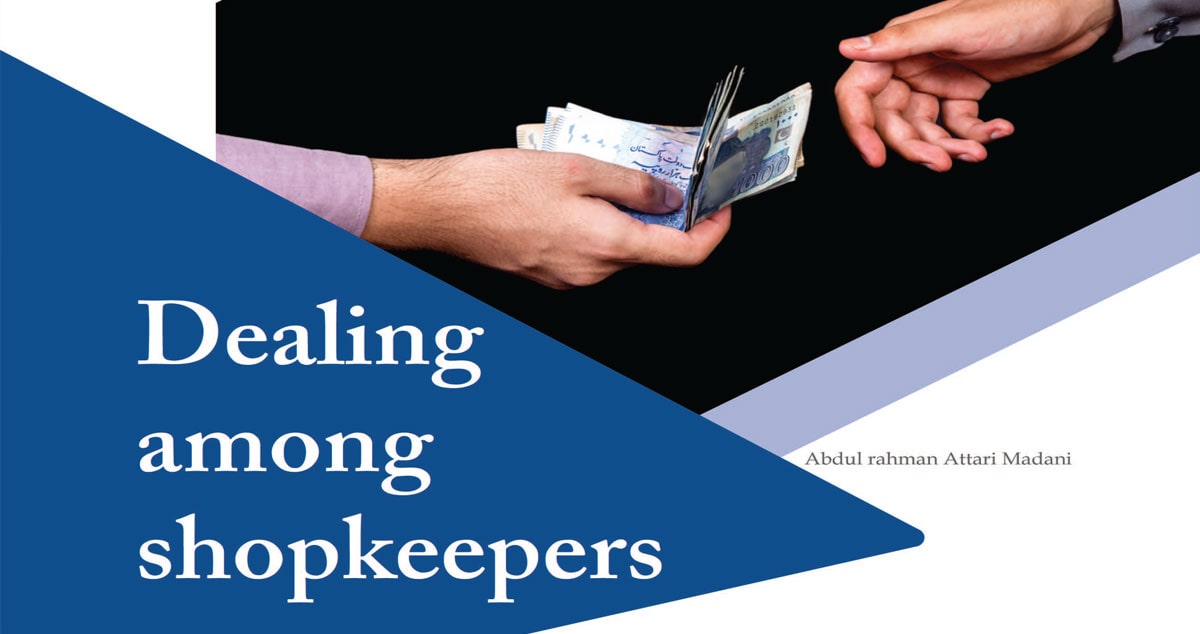 A precaution in dealings among shopkeepers

While working in the market, shopkeepers need to lend and borrow from each other. For example, it often happens that a party comes to a shopkeeper to collect payment, but the shopkeeper does not have cash at that time. So, he borrows money from another shopkeeper and pays off the debt to the party. Similarly, sometimes, when a customer demands an item which is not available with a shopkeeper or he has run out of it, he borrows that item from another shopkeeper of his field, etc. Such kind of dealings among shopkeepers continues. However, along with taking other Shari precautions, one precaution, in this regard, should be to keep settling the accounts as soon as possible. Otherwise, it may lead to a dispute. For example, one will say: I have paid your money back, while the other will say: You have not paid it back or one will say: You took such-and-such an item from my shop, while the other will say: I did not take the item, or will say: I returned the item because the customer did not like it or will say that this item belongs to the previous transaction. I had already paid off for that item. You have not closed my account. Thus, there will be confusion. So, whenever you lend money to someone, write it down and when the borrower pays you back the loan, he should ask you to get his account closed [to erase what was written], so that it does not lead to any dispute later on.

In the market, people usually give and get a loan. However, it happens that a borrower goes himself to borrow, but when he has to pay back the loan, the lender has to come himself or send his designated person to him for getting it back. At times, the borrower even pays back the loan after worrying the lender. Such borrowers cause lenders inconvenience and sometimes they even fail to pay back their loans. For this reason, a number of people avoid giving a loan and deprive themselves of this big virtue. In order to avoid giving credit, a few shopkeepers, in their shops, fix boards with different kinds of writing on them.

When the time of getting the loan back comes, the lender should show leniency. He should not say or do anything unfair. He should avoid using impolite words, showing anger, and abusing and try to get his money back with love and affection. It is stated in a blessed Hadees: Take your right in a decent manner [avoiding disliked talk and actions], whether [it is obtained] completely or not. (Ibn Majah, vol. 3, pp. 148, Hadees: 2422)

Mediation between borrower and lender

If there is an argument between a borrower and a lender, the third person should mediate between them. However, the mediator should support and show favour to the borrower because the lender already possesses enough money, therefore he lends money. On the other hand, the borrower is needy and borrows under compulsion. However, if the borrower goes over the limit such as he puts off paying back the loan despite being able to do so, then the lender should be supported in order to prevent the borrower from this cruelty. It is stated in a blessed Hadees: Help your brother whether he is an oppressor or oppressed. Someone asked: Ya Rasoolullah صَلَّى اللّٰهُ عَلَيْهِ وَاٰلِهٖ وَسَلَّم! I will help him if he is oppressed, but how can I help him if he is an oppressor? It was said: To prevent him from oppressing is your help to him. (Bukhari, vol. 4, pp. 389, Hadees 6952)

We pray to Allah Almighty to grant us Taufeeq to lend and borrow from each other as per Shari’ah.