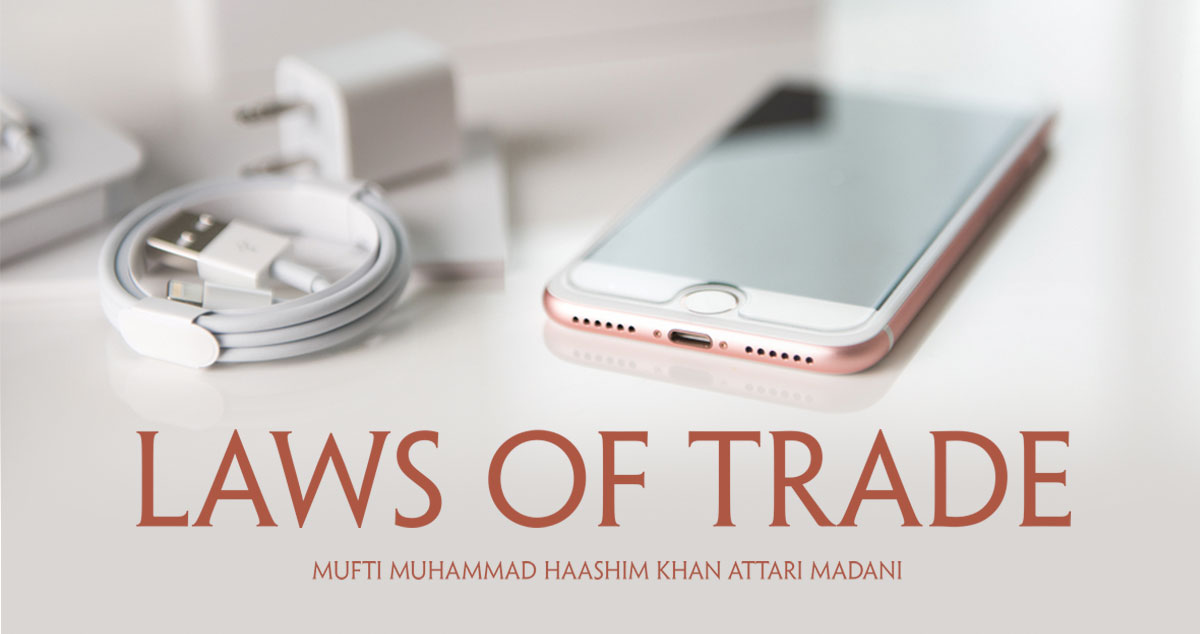 Question 1: What do the blessed ‘Ulama [Islamic scholars] state regarding the following matter: Three people (Sayyid Salman Zaydi, Sayyid Junayd Ali and Malik Zayd) are wishing to conduct jointly owned business of mobile accessories. Following are its rules and conditions:

2. Calculation will be made after every thirty-five days.

3. All three business partners will be responsible for the profit and loss in business.

4. All the partners will have an equal share in the profit; likewise, all of them will be equally responsible for the loss as well.

5. In case the business is shut down, the amount of investment of each partner will be returned to him first and the remaining amount of money will then be equally distributed amongst them.

6. 10% of the profit will be spent in the way of Allah عَزَّوَجَلَّ with the consent of all the partners.

Please guide us whether these conditions are correct or not. Kindly tell us if they contain any error so that we may correct it and then make a contract.

Answer: In the business method mentioned in the question, this part of the condition no. 4, “all of them will be equally responsible for the loss as well” is not correct because the amount of profit can be kept equal but the loss will be [suffered] according to the ratio of the actual investment of each partner, i.e. the one who has invested more amount of money will suffer more loss and the one who has invested less amount of money will suffer less loss. The conditions other than this one are correct.

It is stated in ‘اَلْاِخْتِیَار لِتَعْلِیْلِ الْمُخْتَار’: Translation: If the Maal [wealth] of both the partners is equal and they mutually lay down the condition of receiving unequal profit or suffering unequal loss, the profit will be according to what they have fixed but the loss will be according to the amount of the wealth both have invested. The Beloved Rasool صَلَّی اللہُ تَعَالٰی عَلَیْہِ وَاٰلِہٖ وَسَلَّمَ has stated, ‘The profit is according to what both have fixed and the loss is according to the amount of both Maals [wealths]. (Al-Ikhtiyar li-Ta’leel-il-Mukhtar, vol. 3, pp. 16)

It is stated in Fatawa Hindiyyah: Translation: If the Ra`s-ul-Maal [رأس المال] (investment) of one of them is less whereas that of the other is more and both have mutually laid down a condition of sharing equal profit or more, the profit will be distributed amongst them according to what they have fixed and the loss will be suffered according to the amount of their wealth as stated in Siraaj-ul-Wahaaj. (Fatawa Hindiyyah, vol. 2, pp. 320)

It is stated in Bahar-e-Shari’at: The profit in business partnership can be shared unequally as well; for example, one-third belongs to one partner whereas two-thirds to the other. Moreover, the total loss will be according to Ra’s-ul-Maal [investment]. It is Baatil [invalid] to lay down a condition contrary to it. (Bahar-e-Shari’at, part 10, vol. 2, pp. 491)

Question 2: What do the blessed ‘Ulama state regarding the following matter: I have started a jointly owned business with my friend. We have purchased pickle by making an equal amount of investment. We have decided that the profit will be distributed equally amongst us but we haven’t yet started selling goods. I wish to make my brother a business partner of half of the part I own, i.e. my friend remains the owner of half of the goods and I remain the owner of the one-fourth part and my brother becomes the owner of the other one-fourth part. My friend also agrees to it and we will distribute the profit according to the same ratio. What is the Shar’i method for it?

Answer: Following is an easy method to make the third person (i.e. your brother) your business partner: Sell the complete amount of pickle. When you receive Maal [wealth] in the form of money, add the third partner as well with mutual consent and make investment in whatever ratio you like and then conduct business with the entire amount, and mutually fix the ratio of profit.

However, if you wish to make your brother a business partner in the same condition, following is its method: Sell half of the part you own in this pickle to your brother and take the price from him. For example, say, ‘I have sold you half of the part I own in this pickle for such and such an amount of money’. He should say, ‘I have accepted.’ Thereafter, your friend will be the owner of the half of the goods, you will be the owner of the one-fourth part and your brother will become the owner of the one-fourth part. Then, make the ‘Aqd [contract] of partnership with this new partner and fix one-fourth of the profit for him (as you have mentioned in the question). If your business ever suffers a loss, everyone will suffer it according to the ratio of what he invested.

It is stated in Durr-e-Mukhtar: Translation: Partnership in goods other than Naqdayn (i.e. Dirhams and Dinars) is correct if each of them sells a half part of his goods to the other in exchange for a half part of other’s goods, and then both of them make Shirkat-e-Mufawadah [شِرکَتِ مُفاوَضَہ] or Shirkat-e-‘Inaan [شِرکَتِ عِنان] in it.

It is stated in Rad-dul-Muhtar: Translation: Likewise, if one has sold goods in exchange for Dirhams and then made ‘Aqd-e-Shirkat [partnership contract] in those goods, it is also permissible. (Rad-dul-Muhtar, vol. 6, pp. 476)