Business Deal of a Well-known Company

Business Deal of a Well-known Company

I have the following questions:

1.   Is the above-mentioned method permissible according to the Shar’iah?

2.   If the superstore incurs a loss, or is unable to pay the agent, who will be responsible for the loss; the agent (manufacturer) or the representee (distributor)?

A: The scenario mentioned in the question is permissible; there is no harm in it. This issue comprises of three separate matters:

1.   The distributor purchased goods from the manufacturer, and took possession of the goods after paying for them. This transaction was complete, and no impermissible action took place, as it is permissible in Islamic law to buy and sell goods.

Thus, if the three above-mentioned matters are permissible individually, then they are also permissible when found together and contain nothing that will render them impermissible. None of these matters is dependent on the other for validity.

However, there are four steps in this deal that are very sensitive; it is necessary to pay attention to them in every deal:

1.   The distributor purchasing goods from the manufacturer.

2.   The agent taking possession of the goods on behalf of the distributor.

3.   The distributor appointing an agent to sell ahead.

4.   Selling the goods to the superstore and taking payment on behalf of the distributor.

(1) The distributor purchasing goods from the manufacturer

It is important to note here, that the stage of taking possession must be complete before the deal is made with the superstore. If a deal is made with the superstore before taking possession of the goods, it will be impermissible and a sin. This agreement must be terminated from the perspective of Islamic law, and a new deal which is faithful to Islamic law must be formed.[1]

(3) The distributor appointing an agent to sell ahead

At this stage, the distributor will appoint an agent to whom he will give the authority to sell his goods directly or appoint an agent who will have his goods sold. Suppose a general agency is granted at one time to sell the goods ahead, and it is said, for example, “Whenever I purchase such-and-such goods, take possession of them on my behalf and then sell them ahead whilst keeping such-and-such amount profit for me.” This single instance of granting agency will be sufficient. It will not be necessary to make him the agent every time, as the granting of agency can be linked to a condition. The authority to continuously remain an agent can also be given.

Important note: it is necessary upon the agent to sell the goods at the price that he has been authorised to. It is not permitted for him to sell them at a lower price, to such an extent that if the rate was £100 at the time he was made an agent, and it later increased, he is not permitted to sell it at the old rate. However, if a rate was not set, he is permitted to sell in accordance to the norm, with an increase or decrease.[2]

(4) Selling the goods to the superstore and taking payment on behalf of the distributor. 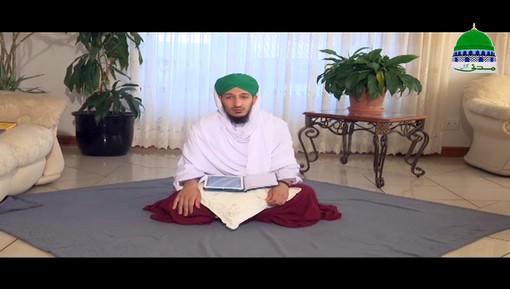 A Heart At Peace Ep 12 - Blessings Of A Good Company