You have not wasted your wealth

He رَحْمَۃُ اللہِ تَعَالٰی عَلَیْہِ  happily came home after Salah and said to his wife, ‘I have seen your son on such a great rank where I have never seen any learned person before’. His wife asked, ‘Do you want your 30000 dinars or this greatness and elevation (grand stature) of your son?’ He replied, ‘I swear to Allah عَزَّوَجَلَّ! I like the grandeur of my son more than dirhams and dinars.’ She said, ‘I have spent all that money on the education and edification of your son.’ On hearing this, he رَحْمَۃُ اللہِ تَعَالٰی عَلَیْہِ  said open heartedly, ‘I swear to Allah عَزَّوَجَلَّ! You have not wasted this wealth.’ (Tareekh Baghdad, vol. 8, pp. 421)

سُبحٰن اللہ عَزَّ وَجَلَّ ! How well the pious mother conducted the education and edification of her son and, by spending money on his Deeni education, made him the apple of his father’s and her eyes. The true Islamic Tarbiyyat (edification) of children and the steps of their good (well-being) in this life and afterlife are the responsibilities of both the father and the mother. Many responsibilities are entrusted upon mother and father both, these are explained in the episodes of “the responsibilities of father” in the editions of Mahnamah Faizan-e-Madinah Sha’ban-ul-Mu’azzam, Ramadan-ul-Mubarak and Shawwal-ul-Mukarram 1439 AH, whereas there are a lot of (training) upbringing aspects of children where mother plays the key role. What should be the role of a mother in the proper Madani upbringing of children? In this regard, carefully study the following Madani pearls:

Childhood upbringing and the responsibilities of mother?

٭ After birth, the person with whom the child remains more in contact is his mother. During the period of breastfeeding, if a mother follows Shar’i and moral values, it will affect the child positively. To be in the state of ablution and doing Zikr of Allah عَزَّوَجَلَّ during breastfeeding can play a key role in the character development of the child.

٭ Reciting Hamd, Na’at or Manqabat in place of the wrong and useless lullaby also affects the children positively. When children weep, some mothers مَـعَـاذَ الـلّٰـه عَزَّوَجَلَّ  play music on mobile or TV to stop them from crying. Where doing this is a sin, at the same time, it is a step towards the destruction of future of their children, because, the mind of a child is like an empty slate which will imprint what they see or hear.

٭ When the child starts speaking, his mother should first teach him the name of Allah عَزَّوَجَلَّ and realize him of Azan. She should not only teach but also dictate small blessed words like Kalimah Tayyibah, ‘بِسۡمِ اللہ’, ‘اَلۡحَمۡدُلِلّٰہ’ and ‘اَلسَّلَامُ عَلَیۡکُم’ at appropriate moments.

٭ Some wealthy mothers try to run away with their responsibility by handing over their children to servants, housekeepers and drivers. Somehow, their help might be in case of compulsion but depriving children of their own (parents’) love is no wisdom. How can the true love and affection of parents be found in someone else? Mothers should themselves take care of children and take help of servants in the time of compulsion.

٭ Yelling at children, beating them on their little acts of mischief and remonstrate their every little act to their father, is not suitable at all. This takes away the regard and respect of father along with the mother from the hearts of children.

٭ There are a lot of mothers today who give more time to their smart phone and social media etc., than their children. As a result, children also learn to live without their mother and sometimes indulge in bad company. So, the mother should use mobile phone etc., only at the time of need, bring her children up in a proper Madani way and spend her old age with ease.

٭ Children often make mischiefs. Mother should teach them with love and never curse them as who knows which time is of acceptance.

It is narrated that one leg of Zamakhshari [زَمَخشَری] (who was the scholar of Mu’tazali sect) was cut. On asking, he told people that it is the result of his mother’s curse. It happened that I caught a sparrow in my childhood and tied its one leg with thread. By chance, it got away from my hand and flew into the crack of a wall but the thread suspended outside. I pulled the thread mercilessly and the sparrow came out fluttering. But, its leg was cut down. My mother scorned me and this curse came out of his mouth: The way you have cut the leg of this poor mute bird, Allah عَزَّوَجَلَّ will cut yours. After some time, I went to Bukhara for education and fell off the riding animal. I was hit seriously on leg, tried to cure this in Bukhara but could not and I had to cut my leg (and this was the way the curse of my mother fulfilled). (Hayat-ul-Haywan, vol. 2, pp. 163) 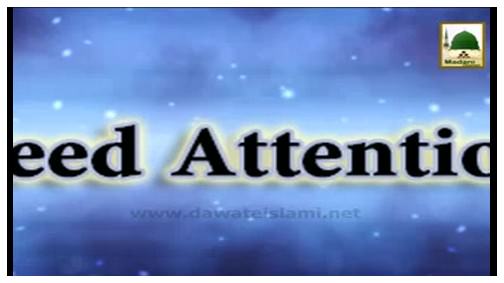 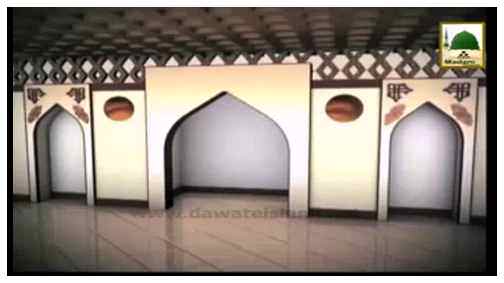 Rights And Respects Of Parents 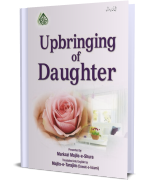