The Conduct of the Masjid Administration

The conduct of the Masjid administration

When our Beloved Prophet صَلَّى الـلّٰـهُ عَلَيْهِ وَاٰلِهٖ وَسَلَّم himself participated in the construction of the Masjid, he صَلَّى الـلّٰـهُ عَلَيْهِ وَاٰلِهٖ وَسَلَّم practically demonstrated the gravity of this act and the immense reward it entails. Muslims across the globe, whether living in underprivileged areas or affluent districts, will always designate a space for the Masjid. Thus, the Quran, the Sunnah, and the universal practice of Muslims highlight the importance and need to build Masjids. Since such projects are of such importance, in this article, we will explore how masjid committees can ensure good practice when undertaking Masjid construction projects.

Before constructing a Masjid, it is a duty to learn relevant Fard knowledge and work within the parameters of Islam. Whether the Masjid committee is constructing or renovating a Masjid through local support or an individual is personally funding the project, the work must be guided by Islamic principles. Therefore, consulting a Mufti of Ahl-us-Sunnah throughout the project is of paramount importance.

Generally speaking, the Masjid hall, courtyard, wudu area, microphone office, lodgings for the Imam, and other rooms are built on the Masjid plot. However, involved parties often unknowingly flout Islamic guidelines and thereby garner sins instead of rewards for their otherwise righteous endeavour. For example, if a Masjid was built first and the wudu area and additional rooms were not, and the entire plot was declared as the actual Masjid (Ayn-ul-Masjid), now additional rooms, such as a wudu area, cannot be added in that area.

Such mistakes also transpire in the renewal of old Masjids, so due care is required in this context too. It has happened where an old Masjid was demolished to make way for a new replacement, but without considering the Islamic implications, plans went ahead to build stairs, wudu areas, and other rooms directly in the area which was originally designated as the actual Masjid. It is completely impermissible to do this because an area designated as the actual Masjid can never be used for another facility, such as a wudu area. For these reasons, Masjid committees are strongly advised to consult learned Muftis before and during such projects.

In cases where the Masjid committee consists of multiple members, all work should be undertaken with mutual agreement, due diligence, and discussion. If disagreements arise, these should be resolved before proceeding.

Whether the Masjid is small or large, building plans and a detailed costing, which considers available funds, should precede any construction work.

If the existing Masjid building is sufficiently meeting needs and serving its objectives, it is not appropriate to construct a new Masjid simply because funds are available. Rather, if all requisite facilities are available and needs are being met by one Masjid, donors should be encouraged to support the construction of a new one in an area that has a greater need for it.

Typically, most responsibilities pertaining to the Masjid are shared by the Imam, the Muezzin, and the caretaker. These include, but are not restricted to, punctually making the call to prayer, maintaining clocks, cleaning the wudu facilities, and regulating the cooling and heating systems. We too often overlook the simple fact that these individuals are humans like any other; they may err and forget on occasion. The committee can ensure the smooth running of the Masjid if they also give due attention to these matters, so that problems can be resolved efficiently.

Faults with gas, electricity, sanitation, and sound equipment, are unavoidable issues for any building, including the Masjid. The committee can minimise the inconvenience caused by such issues by arranging repairs sooner than later. By having an agreement with a single business or tradesperson for each respective area of maintenance, the committee can ensure that repairs are prompt.

6. The committee and the community

*   The Masjid committee should operate with complete impartiality; they should neither become a part of a political party nor should they display any type of bias.

*   If someone, especially an elderly person, criticises something, is condescending, or berates the committee, then instead of becoming upset or replying inappropriately, they should smile and let it go, and reflect upon the objection that was made.

*   The Masjid committee should fix the opening and closing times of the Masjid in consultation with the local community and the worshippers. However, there should be a degree of flexibility whereby requests for extra time can be accommodated. If a person wishes to use the Masjid outside of its usual operating hours, the request should be approved unless extenuating circumstances or other concerns prevent that.

*   If one of the worshippers falls ill, the Imam and Masjid committee should visit him. Along with fulfilling the Sunnah of visiting a sick Muslim, such gestures of kindness build rapport and encourage people to remain attached to the Masjid. Similarly, if a death occurs in the locality, especially if the deceased is a regular attendee or their relative, the Masjid committee should partake in and help with the funeral arrangements. These guidelines are applicable to all other occasions of happiness and sadness. 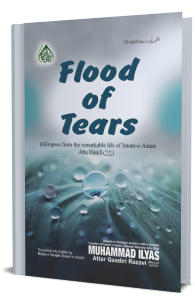