How Should The Masjid Administration Be?

How should the Masjid administration be?

A Masjid has great importance in Islam. It is the house of Allah Almighty. Allah Almighty is remembered there day and night. The blessings of Allah Almighty are showered there. The Masjid is an excellent place for the upbringing of Muslims. Here, Muslims gather in one place, stand in one row and offer Salah behind one Imam; in short, the populating of Masajid plays an important role in changing the condition of the Muslims.

Dear respected Islamic brothers! While Masajid have such an important role in Islam and our society, at the same time, the management and administration of the Masjid that administers it (i.e. the Masjid) is also of a great importance. The Masjid administration becomes entitled to the blessings of Allah Almighty in many ways; by arranging water, electricity, fans, lights, cooling in summer and heating in winter in the Masjid, it shares in the rewards of good deeds of each and every worshipper. And above all, if the members of the Masjid administration do all this work for the pleasure of Allah Almighty and in love for the Masjid, then the beloved of Allah صَلَّى الـلّٰـهُ عَلَيْهِ وَاٰلِهٖ وَسَلَّم has said: ‘Whoever loves the Masjid, Allah, the Glorified, makes him His beloved.’ (Majma’ Al-Zawaaid, vol. 2, p. 135, Raqm 2031)

But remember! The paths of devotion are not easy. If a man wants to be good and lovable in the eyes of the lowest human being in the world, then who knows what kinds of trials he has to go through, and when it comes to becoming a beloved of the Lord of the both worlds, the Creator and the Master of the whole universe, Allah, the Glorified, then it is certain that one will have to face trials too. If you love the Masjid, you will have to take care of it also, you will also have to protect it, and you will have to look after all its affairs in the same way as one looks after each and every movement of his beloved.

When this is the rank for those who come to the Masjid for Salah and other acts of worship, then how much mercy will Allah Almighty have on those who make arrangements for Salah for these worshippers, make arrangements of I’tikaf, provide fans and AC etc. in summer, arrange for warm carpets, hot water and heaters etc. in winter.

Along with the greatness of all this love, mercy and blessing, remember! The management and administration of a Masjid is not a task that anyone could become a member of the Masjid administration. There are some essential requirements for this position. Usually, each of us is responsible, caretaker or guardian of some work or individual and answerable about them. As the beloved of Allah صَلَّى الـلّٰـهُ عَلَيْهِ وَاٰلِهٖ وَسَلَّم said:

Yes! While the administration of the Masjid is entitled to the mercy of Allah almighty for running the system of the Masjid, at the same time, being the guardian of the Masjid, it is also answerable in the court of Allah Almighty in relation to all of the affairs of the Masjid. The Holy Prophet صَلَّى الـلّٰـهُ عَلَيْهِ وَاٰلِهٖ وَسَلَّم said: ‘Whoever becomes responsible for any of the affairs of the Muslims will be brought on the Day of Judgement, to the extent that he will be made to stand on a bridge of Hell, if he would be the one who does good, he will achieve salvation. If he is the one who does evil, then the bridge will tear apart, and he will keep falling into it for 70 years, whereas, the Hell is black and dark.’ (Mu’jam Kabeer, vol. 2, p. 39, Hadees 1219)

Just as not everyone can become an Imam, similarly, not everyone can become an administrator or a member of the Masjid committee. There are certain conditions that must be met for the administration of a Masjid, whereas, for the proper upkeep of the houses of Allah, i.e. the Masajid, and to serve Islam, it is also important for the members of the administration to have many additional attributes and avoidance of uncourtly traits.

The attributes, explained by Allah Almighty, of those who populate the Masajid are as follows:

Only those uphold the Mosques of Allah who believe in Allah, and the Last Day, and keep Salah established, and pay Zakah, and fear no one except Allah;

There are four main pillars for the upkeep of a Masjid:

4.   Muqtadi (people of who offer Salah behind an Imam).

Thus, the attributes mentioned in the aforementioned verse ‘(1). Faith in Allah, (2). Belief in the Hereafter, (3). Observance of Salah, (4). Paying Zakat if it is obligatory, and (5). Fearing none but Allah’ are fundamental to be found in the four pillars for the upkeep of a Masjid.

The attributes of the Imam and the Mu’azzin and some of the essential things have been mentioned in the previous issues of the monthly magazine ‘Faizan-e-Madinah’[1]. ‘How should the Muqtadi be?’, its explanation would be in the next coming editions, اِنْ شَــآءَالـلّٰـه. This topic touches upon the attributes of Masjid administration and some of their important responsibilities.

(Remaining in next month's issue ...) 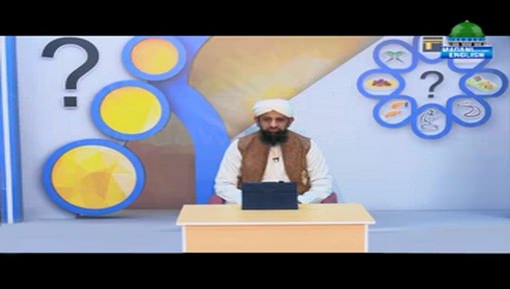 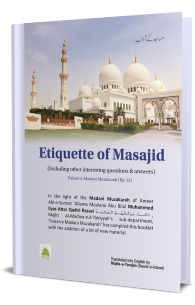