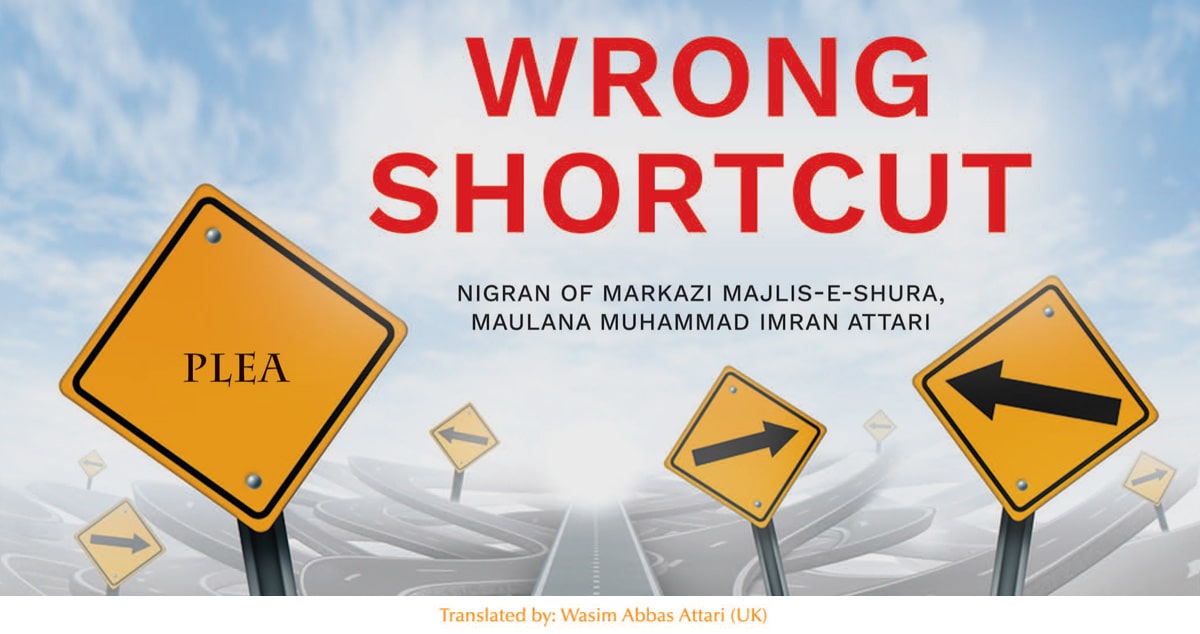 Islam acclaims and persuades for every virtuous action. Whereas, Muslims have been stopped from the evil of every immoral activity. Shortcut, i.e. a quick way, is not a bad thing altogether. At times, making something shorter is even preferred by the Shari’ah. However, the habit of taking wrong shortcuts at various stages of life is prevailing across the people in today’s day and age, especially the youth. This creates various social and moral evils. At various places, even religious boundaries and rulings are violated, and Haraam and impermissible activities are performed. For example:

The hard work that our predecessors رَحِمَهُمُ الـلّٰـهُ تَـعَالٰی performed in order to become rich, the methods they adopted and spent fair amount of years of their life in its pursuit, a large number of today’s youth does not want to follow the same procedures, go through the same struggle and progress gradually. Instead, they are in the pursuit of such a way through which they can become rich quickly. Therefore generally, they adopt one of the following impermissible means in order to achieve their goal.

Travel abroad illegally with the intention of becoming rich quickly.

Do corruption and take bribes.

Sell intoxicants or transport them from one place to the other.

Carry out fraudulent activities in relation to the bank’s monies.

These are all wrong and destructive shortcuts to become rich. Moreover, it wouldn’t be surprising if any other method than the aforementioned ones is also in practice around the world in order to become rich quickly.

Employees working in offices usually have average salaries. At times, they want their income to rise despite not being competent and capable enough. Then in order to meet their goal, they use different illegal shortcuts.

1.       Try to take a senior’s place through impermissible means. In order to do so, they unnecessarily complain about their seniors to the higher authorities. Many a times, this is also done due to being jealous of the seniors and not getting along with them. Similarly at times, neither of the aforementioned scenarios exist, rather, the only purpose is to acquire the post. For this purpose, seniors’ honour is shredded into pieces. So generally this way, such kind of people fall prey to the impermissible and Haraam actions like lying, slandering, backbiting, etc., due to their jealousy and grudge, or to acquire the post and fame. These actions can also be referred to as taking over one’s post unlawfully which is even worse than the unlawful possession of wealth (the unlawful possession of wealth is Haraam and impermissible, then one can imagine how dreadful would be the consequences in the Hereafter for the one who unlawfully takes one’s post away). (Az-Zawajir ‘Aniqtiraf-il-Kabaair, vol. 1, pp. 314; summarised)

Second form of acquiring a rank impermissibly is that when one fails in acquiring a big post by the means of just unnecessary complaints, then many a times, one adopts the evil shortcut of giving bribe. Whereas the Holy Rasool صَلَّى اللّٰەُ تَعَالٰى عَلَيْهِ وَاٰلِهٖ وَسَلَّم has cursed the one who gives bribe, takes bribe and the one who gets the deal done between both of them. (Musnad Ahmad, vol. 8, pp. 327, Hadees 22462)

Sometimes, there is also a third form of a wrong shortcut that is adopted in order to attain the post. It is that an incompetent and non-deserving person acquires a post due to a relationship or a special bonding. When someone appoints a person at a specific post just based on his relationship or a special bond, then he will definitely also ignore many such factors that are required for that post-holder. As a result, the one who will be given the post will not be able to fulfil the responsibilities of that post duly. This is the reason why Sayyiduna ‘Umar Farooq-e-A’zam رَضِىَ اللّٰەُ تَعَالٰی عَـنْهُ stated:

i.e. The one who appoints someone at a post due to a special bond or relationship and there was no other reason for him to appoint him, then he was dishonest to Allah Almighty, His Holy Rasool صَلَّى اللّٰەُ تَعَالٰى عَلَيْهِ وَاٰلِهٖ وَسَلَّم and the believers. (Kanz-ul-‘Ummal, Juz: 5, vol. 3, pp. 303, Hadees 14301)

All three ways of shortcuts can only be practiced if there are corrupt people involved in the system. Such people have nothing to do with the competency or skills of the individual, rather, all they care for is money and relationship matters. Such corrupt people do not do anything prominent except for harming the dignity of the organisation and country, killing the skills of the competent individuals, destroying their career and their (i.e. corrupt people’s) own Hereafter.[1]HihhhsihHgakfdakl;fl;kafd  11132

1.       Not using an overhead bridge or zebra crossing to cross a road.

Driving motorcycle over the pavement in case of a traffic jam.

Or even during normal circumstances, instead of choosing a normal way, choosing such a way that makes one face further danger. For example, it’s narrow or broken down. However, if the shortcut does not violate the traffic regulations and does not endanger anyone’s life, wealth or dignity, then there is no harm in using such a shortcut.

Where did the mindset for wrong shortcut develop from?

Films and dramas also play a vital role in all the wrong shortcuts that are prevalent in our society. If we don’t stop ourselves and our children from such things and other aspects that take one away from Islam, then who knows what kind of dreadful evils it could lead up to in the society.

It is my plea to all devotees of Rasool that save yourself from adopting a wrong shortcut in every matter as well as save others too. Moreover, remove those means that become a cause of making one inclined towards adopting a wrong shortcut. Watch Madani Channel yourself as well as show it to others too. May Allah Almighty enable us to adopt righteous actions and save ourselves from evil actions. 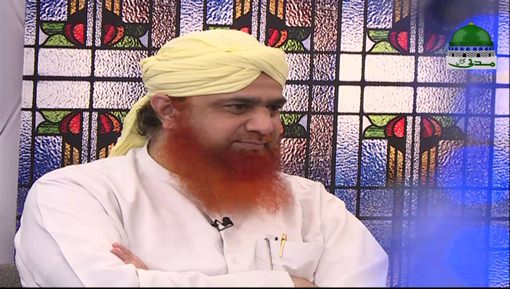