Issues and Problems Are Part of Life

A pious person رَحْمَةُ الـلّٰـهِ عَلَيْه once faced some problems, causing him to become worried. He did not inform anyone at home of what he was going through, however. The reason he gave for this was, "I know my family does not have a solution to my problems. At this moment in time, only I am worried. If I share these problems with my family, they will also become worried. My problems will only increase as a result. “

Problems and issues are a part of life. To address these problems, we may have to talk to someone about it, but that person should be someone who can actually help us. To share your problems indiscriminately with everyone adversely impacts one’s dignity and social standing. So, be judicious. Also, keep in mind that problems are resolved at their appointed time. For example, people sometimes trap their fingers in doors and their nail darkens due to blood clotting. You can try and use a number of medicines to resolve this issue, but to truly deal with this issue, you would have to wait for a few days for it to disappear. Firstly, the pain ends slowly but surely, and then there comes a time when that also disappears.

Similarly, there are many problems that eventually end with the passing of time. After all, they begin at an ordained time and likewise end at an appointed time. They can be short-term problems or long-term, but they will be resolved only in their own time. Strategies should be used to mitigate them, but these attempts must be underpinned by the understanding that it is Allah Who will alleviate your problems as per His decree.

Medically speaking, doctors use a term called “wait and watch”. A doctor may initially not give you medicine and ask you to wait a little instead, seeking to ascertain if your problem will resolve itself without intervention. From a psychological aspect, when a problem occurs initially, you do not know what to do and how to deal with it. Out of haste, you are unable to assess it properly, and the problem could actually be small, but because of your anxiety and nervousness, it can appear insurmountable. If problems suddenly occur, attempt to restrict them to a couple of hours or a couple of days. During this time, these problems will be resolved or you may think of an adequate remedy for them.

Secondly, be judicious in who you share your problems with. Although speaking to someone may help you unload some of your mental stress, if the other person is unable to help resolve the issue, you will be unnecessarily burdening them. For example, by sharing problems with our family which they cannot resolve or help with will simply make them worried and exacerbate the situation. A person’s wife may be completely at ease, but once you mention a problem to her, her own mental state can be negatively affected as she worries for you. This worry may even seep into other aspects of her life and lead to adverse effects. The same applies vice versa, or in any other familial relationship. Why burden them with problems that may resolve themselves eventually? This all depends on the severity of the problems and whether benefit even arises from discussing them or not.

Similarly, some brothers discuss the matters of their organization at home without any real need. The process of Dawat-e-Islami is to consult responsible people within the organization and raise any grievances with them and not discuss them with anyone else. Despite these clear guidelines, some brothers openly speak to everyone at home about organizational problems, knowing very well that the solution to those problems does not come from the house.

Your business problems are also not going to get solved at home. However, if the income of the business is low and on this basis, you want to discuss the expenses at home, then it makes sense to discuss this. Likewise, some problems are of a physical nature, which if mentioned at home, may distress the family. As much as possible, they should not be shared at home either, unless necessary. Bringing outside problems into the home can also lead to backbiting and slander.

It is my plea to all of you to be patient and thoughtful about who you discuss your problems with. May Allah have mercy on us, and may He protect us from the worries of this world and the Hereafter. 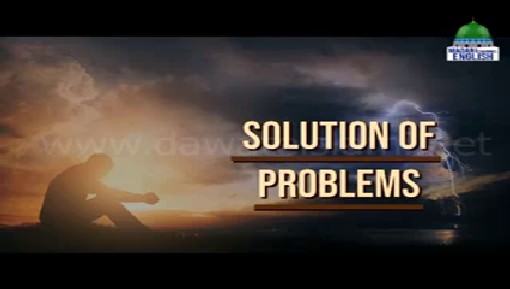