On 14 March 2018, three newborn babies were found dead near a hospital situated at M.A. Jinnah road, Karachi. Police failed to identify any individual or gang involved in the incident. In accordance with the facts and figures released by rescue sources, 755 newborn babies were found dead at various places all over the country in 2017 alone. Among them, 310 were found in garbage heaps and manholes in Karachi. During the current year 2018, fifteen (15) newborn babies in January, twenty two (22) in February and twelve (12) during the first fourteen days of March have been subjected to this brutality. (Dunya News Online)

Dear Islamic brothers! These types of news have not been reported for the first time but rather such news had been brought to light in past as well. Therefore, it is vitally needed to ponder over the basic causes of such incidents. Among the fundamental causes of these incidents are rapidly growing indecency and immodesty in which the role of print and electronic media is not hidden from anyone. The situation is worsening not only in the western world but also in the Muslim majority countries including the one which was liberated only and solely for the purpose of implementing Islamic teachings. If the number of unmarried mothers is on the rise, newborn babies are being left in hospitals, welfare foundations are setting up cradles outside their buildings for the newborn babies to be put in them instead of being killed, so how will this evil be completely prevented! Remember! Just to temporarily discuss this issue as a formality is not sufficient to prevent it. Instead, the teachings of the Holy Quran and blessed Ahadees must be implemented. The Glorious Quran prevents from fornication, declaring it to be indecency and a very evil path.

If we had not forgot the teachings of the Quran, we would not have experienced such troubled times.

In order to protect oneself from fornication, it is essential to keep from reading and watching such articles, scenes and pictures which arouse desire for fornication. In particular, it is very necessary to refrain from being alone with any non-Mahram woman.

The Beloved and Blessed Nabi صَلَّى اللهُ تَعَالٰى عَلَيْهِ وَاٰلِهٖ وَسَلَّم said, ‘Beware! When any man is alone with a (non-Mahram) woman, there is a third one over there, the devil.’ (Sunan-ut-Tirmizi, vol. 4, pp. 67, Hadees 2172)

It is stated in Mirat-ul-Manajeeh: When a man is alone with a non-Mahram woman, however pious they might be, even if they are together for a religious cause, the devil will most certainly encourage evil in them and arouse feelings of lust in their hearts. There is a risk of them committing fornication! Therefore, one must be very careful of such seclusion. It is compulsory to avoid even the causes of sin. If you want to prevent fever, prevent the cold. (Mirat)
In order to refrain from fornication, it is also necessary to have knowledge of severe punishment for it.

​The Noble Nabi صَلَّى اللهُ تَعَالٰى عَلَيْهِ وَاٰلِهٖ وَسَلَّم said, ‘You will certainly keep your eyes lowered and protect your private parts and keep your faces straight or else Allah عَزَّوَجَلَّ will disfigure your faces.’ (Al-Mu’jam-ul-Kabeer, vol. 8, pp. 208, Hadees 7840)

It is narrated: In Hell, some people will be held in captivity in boxes of fire. When they seek comfort, those boxes will be opened for them. When their flames reach Hell-dwellers, they will say in chorus while pleading: O Allah عَزَّوَجَلَّ! Curse these people of the boxes. These are the people who used to get control of the private parts of women by Haraam means. (Bahr-ud-Dumu’, pp. 167)

I plead all parents to ponder about environment in their wedding ceremonies, in the educational institutions of their children, during happy and sad occasions and about their own family matters. They should ensure implementation of basic laws and principles of Islam related to veil, staying in homes, decency, modesty and keeping eyes lowered.  اِنْ شَآءَاللہ عَزَّ وَجَلَّ, a significant reduction in this evil will take place. In this regard, it is very useful to read the book ‘Parday kay baaray mayn Suwal Jawab’ authored by Shaykh-e-Tareeqat, Ameer-e-Ahl-e-Sunnat دَامَـتْ بَـرَكَـاتُـهُـمُ الْـعَـالِـيَـه. [The English translation of this book can also be read and be downloaded from the website of Dawat-e-Islami: www.dawateislami.net] 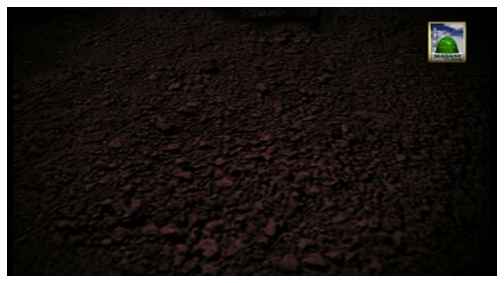 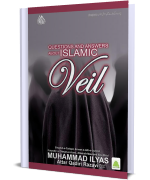 Questions and Answers about Islamic Veil