Give Priority to Islam

Give Priority to Islam

Did you hear how our pious predecessors رَحِمَهُمُ الـلّٰـهُ would trade with honour and dignity. They consistently worked for the Hereafter and wished goodness for their siblings in faith. In every situation, they observed Islamic teachings and prioritised Allah’s injunctions—for them, Allah’s pleasure was their true wealth. However, today we crave material gain more than anything else. As we move further away from Allah, forgetting our inevitable meeting with Him, we fall deeper into the abyss of unethical and haram business practices rooted in deceit, dishonesty, fraud, and usury.

The avarice for material wealth is so strong, Muslims seem to feel no remorse in deceiving each other, willing to risk their faith for a few pennies. The Prophet’s life teaches us to give preference to the life of the Hereafter and to remain steadfast on the teachings of Islam. The beloved Prophet صَلَّى الـلّٰـهُ عَلَيْهِ وَاٰلِهٖ وَسَلَّم often supplicated:

“O You who changes hearts! Make my heart firm on Your religion.”[3]

Reciting لَا اِلٰـهَ اِلَّا ا لـلّٰـهُ will continue to distance people from the wrath of Allah Almighty, until the people reach a point where their worldly life will be safeguarded, and they will no longer have concern for any loss in religion. Then they will say these words, and Allah Almighty will say: “You are liars.”[4]

Muslims are expected to imbue all their dealings and aspects of life with the spirit of Islam. Sayyidunā Aḥmad ibn Ḥarb رَحْمَةُ الـلّٰـهِ عَـلَيْـه said, “˹During the summer˺, people choose to sit in the shade over sitting under the ˹sweltering˺ sun but do not choose Paradise over Hell.”[6]

I urge all fellow believers and followers of the Prophet صَلَّى الـلّٰـهُ عَلَيْهِ وَاٰلِهٖ وَسَلَّم! One day, the world will surely come to an end. It is only by giving priority to Islam and its teachings in daily matters that will afford us salvation in the Hereafter. Ask yourself; how does Islam guide you in this matter? What does your Lord, the Creator and Cherisher, say about this course of action? What has His beloved and final Prophet صَلَّى الـلّٰـهُ عَلَيْهِ وَاٰلِهٖ وَسَلَّم taught us about this issue? What do the Ulema of Ahl al-Sunnah tell us about it? May Allah Almighty grant me and you the ability to implement this guidance. 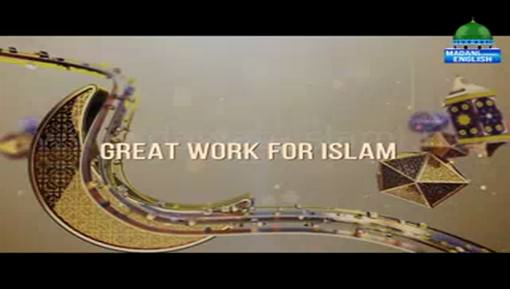