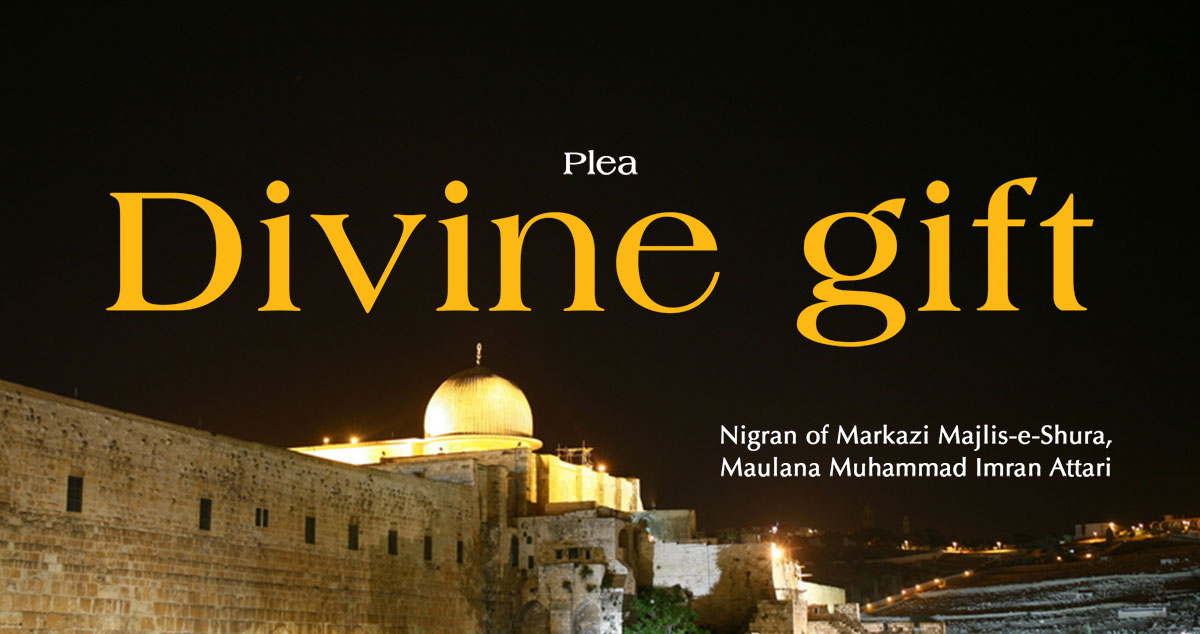 When Sayyiduna Rabee’ah Bin Ka’b Aslami رَضِیَ اللہُ تَعَالٰی عَنْہُ humbly expressed his wish to live in Jannah in the closeness of the Beloved Rasool صَلَّی اللہُ تَعَالٰی عَلَیْہِ وَاٰلِہٖ وَسَلَّمَ , he رَضِیَ اللہُ تَعَالٰی عَنْہُ  was advised to offer Salah abundantly. Quranic Ayahs, blessed Ahadees, blessed companions رَضِیَ اللہُ تَعَالٰی عَنْہُم and leading Islamic scholars have highlighted the importance of Salah but unfortunately a majority of Muslims does not value this Divine gift. In the present era, most Muslims do not offer Salah and even many of those who offer Salah do not recite the Holy Quran correctly. They are unaware of necessary Islamic rulings on Salah. Those who do not value gifts given by people are considered to be inconsiderate and ungracious. So now ponder! If a person does not value the gift given by his Creator, then how unfortunate and ungracious he will be considered by Shari’ah! One who does not offer Salah not only deprives himself of the blessings and virtues of Salah but also deserves the punishment of the world and Hereafter.

What will happen to the one who does not offer Salah?

There is a valley in Hell named ‘Lamlam’ [لَمْلَم] which has snakes in it. Each snake will be as huge as the size of a camel and will be as long as one month’s journey. It will bite the one who does not offer Salah and the effect of its poison will exist in the body for 70 years. Thereafter, his flesh will melt. (Derived from: Bahar-e-Shari’at; Mukashafa-tul-Quloob)

Imam of Ahl-us-Sunnah, Imam Ahmad Raza Khan رَحْمَةُ اللّٰہِ  تَعَالٰی عَلَيْه said, ‘Ono who misses even one Salah deliberately deserves Hell for thousands of years unless he makes repentance and offers its Qada. If Muslims abandon him (the Salah-missing person) altogether, give up talking to him and sitting with him, then he certainly deserves to be treated like this.’ (Fatawa Razawiyyah, vol. 9, pp. 158)

Blessings and virtues of Salah at a glance

٭   Salah is the source of attaining the pleasure and closeness of Allah عَزَّوَجَلَّ.

٭   At the time of the weighing of deeds, Salah will be a proof and evidence for the Salah-offering person.

٭   Salah is the cause of the Masjid being beautified and frequented.

٭   Salah contains all the acts of worship performed by angels.

٭   Salah prevents one from indecency and adultery.

٭   Salah is the best means of getting rid of difficulties.

٭   Salah enables a bondman to be privileged with mentioning Allah عَزَّوَجَلَّ as well as with being mentioned by the Merciful Lord.

٭   Salah is a weapon of Muslims and it is a strong fort that provides them with protection.

٭   Salah turns darkness of the grave into light.

٭   Those who offer Salah are mentioned in the court of Allah عَزَّوَجَلَّ every morning and evening.

٭   Angels of mercy cover those who offer Salah.

٭   It is mentioned in ‘Awarif-ul-Ma’arif that there are four different positions in Salah: Qiyam, Qu’ood, Ruku’ and Sujood.

It is my request to all devotees of Rasool to perform five times Salah with Jama’at and with the first Takbeer in the first row. Moreover, valuing this Divine gift, make other Muslims offer Salah by calling them towards righteousness.