Dawat e Islami is the Mercy of Allah

Dawat e Islami is the Mercy of Allah

With the end of prophethood and revelation, the duty of promoting good and discouraging evil was entrusted to the nation of our beloved master Muhammad صَلَّى الـلّٰـهُ عَلَيْهِ وَاٰلِهٖ وَسَلَّم . The Companions عَـلَيْهِمُ الرِّضْوَانْ , the Followers, the generation after them, the saints, and the ulama continued to honour this duty. Even today, the saints and scholars diligently carry out this essential task. Whilst acting upon the practises of our pious predecessors, my teacher and mentor, the Ameer of Ahl al-Sunnah, Mawlana Muhammad Ilyas Attar Qadiri Razawi Ziyai دَامَـتْ بَـرَكَـاتُـهُـمُ الْـعَـالِـيَـهْ started the work of inviting towards good and prohibiting evil very early on in his life.

Under the auspices of the saints and ulama, on 2nd September, 1981, the foundations of Dawat e Islami were laid. Through the unwavering commitment of Ameer of Ahl al-Sunnah دَامَـتْ بَـرَكَـاتُـهُـمُ الْـعَـالِـيَـهْ , the tireless efforts of his loyal supporters, and the blessings of his piety, Allah Almighty showered His grace, granting Dawat e Islami exponential success and growth. This new movement transformed lives, opening clenched hands that hoarded wealth to sway with generosity; replacing materialism with a hunger for good deeds and a thirst for sacred knowledge; and drawing the masses to traditional Islam by satiating their intellectual and spiritual needs.

Some time ago, I was in Bangkok for a mawlid procession when a non-Muslim approached me and asked some questions. By the mercy of Allah, I answered his questions, and he accepted Islam. On another occasion, we were traveling by car in Thailand when the hosts forgot the correct route. We asked for directions from someone travelling on a bike and then moved on. I told the hosts we should have thanked him for giving us the correct directions. So, we stopped the car and thanked him. He introduced himself and said he was a non-Muslim. I told the Islamic brothers with me, “He showed us the correct path, we too should show him the correct path.”

Thus, I started talking to him about Islam. Meanwhile, the brothers with me began to record the conversation. After a short conversation, he decided to accept Islam. By Allah’s grace, after I helped him proclaim the shahada, I exited the car and hugged him. This entire event is recorded. Throughout the remaining journey, we pondered over the vast mercy and self-sufficiency of Allah Almighty, and we cried as we reflected over His boundless grace.

Remember! To a certain extent, the inaction of Muslims is a hindrance to the acceptance of Islam by non-Muslims. However, to a greater extent, it is because they have been misinformed about Islam and Muslims. If correct Islamic teachings were shared with them, and their questions were answered satisfactorily, more people would accept Islam.

By the blessings of Dawat e Islami, we hear many non-Muslims accepting Islam, and by the mercy of Allah, this is ongoing. Just recently in Malawi, through the efforts of Dawat e Islami, over 2200 people embraced Islam. Making someone consistent in their prayers, encouraging someone to adorn their face with the Sunnah of a beard, tying a turban on someone’s head, and adopting piety and righteousness are rewardable actions. But being the cause of someone accepting Islam and granting him the wealth of iman is a matter of immense fortune. As soon as he accepts Islam sincerely, all his previous sins are forgiven.

May Allah Almighty protect our faith. May He shield us against tribulations and evil whispers. Dawat e Islami has set up institutions for this purpose. The department of “Faizan e Islam” works on this. New Muslims are invited to spend time, however much they can, on courses in which they are taught the foundation and necessary aspects of Islam. They are provided with residence, food, and drink, free of charge. This work of Dawat e Islami is very important because we hear about many people accepting Islam. But what happens after that? Do we adequately support them or abandon them? By the mercy of Allah, the responsible people of Dawat e Islami are very perceptive in this regard.

It is a request to all devotees of the Prophet to affiliate yourselves with the religious movement of Dawat e Islam, which is spreading the message of Islam. Continue to support this movement as much as you can, and better your life in the grave and the hereafter. May Allah Almighty grant us death with Iman. 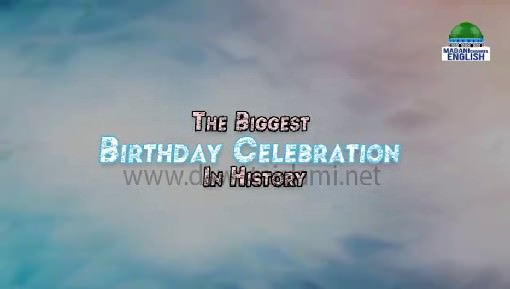 The Introduction of Dawat e Islami 2020 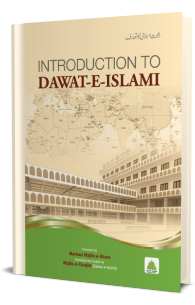