What Have I Done for My Faith?

What have I done for my faith?

Being born into a Muslim household is an immense bounty of Allah Almighty. Born Muslims have the privilege of growing up with Islam without having to search or make much sacrifice for it. Yet, even a cursory glance at the annals of history reveals a long index of men and women who sacrificed their lives, wealth, and even their relationships for the sake of Islam. The female Companions and later godly women were at the fore of this tale of sacrifice and altruism.

Sayyidatunā Umm ʿUmara رَضِیَ الـلّٰـهُ عَنْهَا not only sustained major injuries during the Expedition of Uhud, but had her hand severed and sustained twelve serious wounds from spears and swords during the Expedition of Yamamah. One of the female Companions did not have any concern after her father, brother, and husband were martyred at Uhud and only sought to find out about the well-being of the Messenger of Allah صَلَّى الـلّٰـهُ عَلَيْهِ وَاٰلِهٖ وَسَلَّم. Sayyidatunā Humna رَضِیَ الـلّٰـهُ عَنْهَا was informed that her uncle, brother, and husband had been martyred, but she remained unshakeably patient.

When Sayyidatunā Ṣafiyya رَضِیَ الـلّٰـهُ عَنْهَا heard of the brutal martyrdom of her brother, Sayyidunā Hamza رَضِىَ الـلّٰـهُ عَـنْهُ, she said, “This has happened in the path of Allah Almighty, and so I am content with it.” In her youth, Sayyidatunā Asmāʾ bint Abī Bakr رَضِیَ الـلّٰـهُ عَنْهُمَا remained patient when Abū Jahl struck her in bid to make her reveal the migration of the final Prophet صَلَّى الـلّٰـهُ عَلَيْهِ وَاٰلِهٖ وَسَلَّم. In her old age, she gave her son away for Islam. Hearing of his martyrdom, she remained patient and thankful to Allah Almighty.

How should women serve Islam?

The inspirational sacrifices of these pious women are reminders for our sisters, mothers, and daughters to not shy away from actively supporting Islam. We are not being asked to sacrifice our lives today, but the least we can do is support Dawat-e-Islami, the largest and most active Islamic organization in the world. We should seek the pleasure of Allah Almighty by using our time, wealth, and physical efforts to spread the call to Allah and help people find a way out of the darkness of sin.

For sisters wishing to work for Islam and serve its cause, the first step is to ask Allah Almighty for sincerity and the ability to serve His chosen religion in the best manner. Do not only undertake this noble task yourself, but encourage your husband, children, and family members to be involved.

To gain steadfastness on this path, study the lives of pious women. Learn the etiquettes of serving Islam, as people who neglect this usually cause more harm than good. Typically, their lack of training in this regard drives people away.

Therefore, it is a humble request that you enrol on the courses offered by Dawat-e-Islami and encourage others to take part in its diverse activities.

May Allah Almighty grant us the ability to serve Islam and its people. 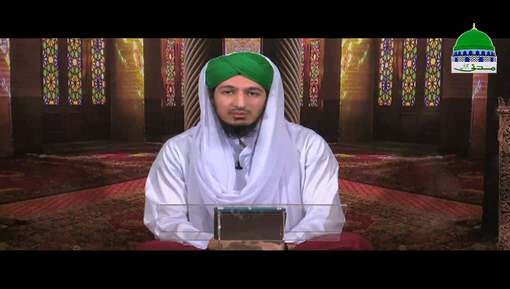