Modesty Is My Life 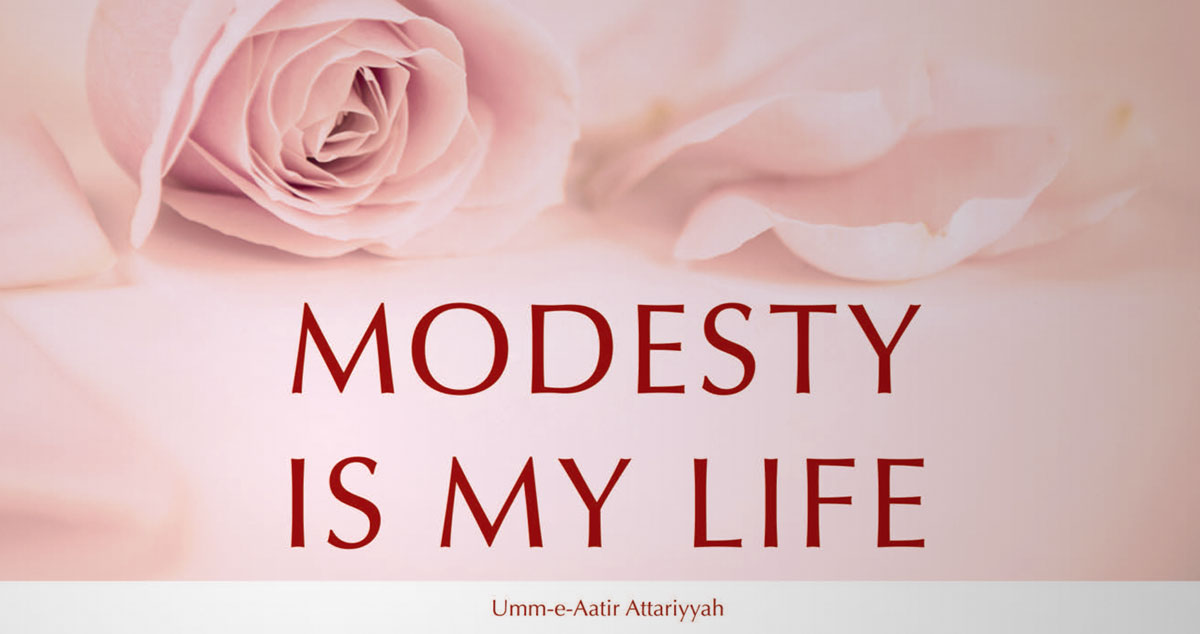 When the housemaid informed about the arrival of a lady with hijab, Farihah asked the maid to have her sit in the drawing room. After a while, when Farihah entered the drawing room and saw the women sitting in front of her, she shouted out of joy and wonder, ‘Farwah, you!’

‘Yes, it’s me. You almost forgot me, so I thought to come and see you myself.’ Farwah replied with love and embraced Farihah affectionately.

‘Where have you been since your wedding? And what about this getup like a pious woman? Haven’t you become a Milad reciting sister?'

Farwah and Farihah completed their school and college education together, and both were famous throughout the college known as fashion symbol. Which fashion was in those days and which one had become old, same was also reported to all other girls by these two girls. And that same hobby was also a cause for their deep friendship. But unlike the past, having seen Farwah dressed up with hijab, Farihah’s wonder faded into a taunting question.

‘Will you keep taunting me or offer me to have something?’ Farwah responded in a polite tone ignoring her sarcasm. ‘Oh! I just went blank after seeing you.’ Having said this, Farihah left the drawing room. When she came back after the instruction to her maid about hospitality; she sat on the sofa near Farihah and said: ‘Now tell me where you have been?’

‘As you knew about the profession of my children's father, so we had shifted in Karachi to serve the purpose after my marriage,’ Farwah replied. In the meantime, the housemaid brought in a trolley full of edibles for hospitality. Farihah said while serving her a cup of tea, ‘And how did this change occur?' She simply meant to ask about Farwah’s hijab.

‘Look! Hijab is not only a necessity of a woman, but also her dignity lies in it.’ After saying so, Farwah stopped to have a sip of the tea.

Wow! That is, if I don't do Hijab, then I am not even respectable. Until yesterday you too were roaming around without the veil. Farihah had interrupted her in anger before Farwah reached a conclusion and completed her word. Farwah lovingly held her hand and said: ‘You asked me about the reason for a change that you might disagree with, but it is not appropriate to be angry. If you allow me, may I come to the conclusion?’

Farihah had already felt the positive change in behaviour of Farwah who used to bite back at the opponent in the past, and the smile and gentle attitude that she had responded with to her taunting and anger, Farihah was forced to think that not only Farwah’s getup and thought were changed, but her entire personality has changed as well. Feeling ashamed of her overreaction, Farihah said in apologetic tone: ‘Sorry, I don't know what had happened to me suddenly. Anyways, tell me how you realized the need and greatness of the hijab.’

See Farihah! No one can deny the fact that today’s woman faces a lot of challenges from the man, on which discussions and debates are held including relevant legislation on different forums on every single day but the challenges remain the same, why?

What do I know? Farihah replied to Farwah’s ‘Why’ laughingly.

Because they are not aware of the notion in which women’s greatness is safeguarded and she is protected. Like you, I was also oblivious of the answer to this ‘Why’ and just like other people, I would hold only men responsible, and to me the cure for this disease appeared only and only in women’s freedom.

What else? Apart from the women’s freedom, there is no serious solution. As long as the woman is kept in a sheet and four walls, she will be the victim of oppression. Farihah said emotionally, cutting in the word of Farwah.

The smile on Farwah’s face was scattered and then she uttered in a soft tone: This passionate slogan is very appealing to those people who have nothing to do with Islam and human nature, but the ground realities are not subject to sentimentality. They have their own truth, and with apology, the ground truth is that in the societies in which women have been granted freedom, what problems of women protection were there to be solved, but even more serious issues have been encountered. Those who chants slogan for women’s freedom, In fact, they want freedom to reach women.

The day when our sisters become aware of this fact, they will find out that hijab prescription for the protection and dignity of women that Islam had written fourteen centuries ago is the only and perfect solution, importance of which has drastically increased in many fold among today’s societies which are highly advanced but devoid of Allah’s fear.

Brimming with confidence Farwah proved in her conversation that after a vigorous persuit she has learnt the proprieties of living which does not carry only emotions but one also possesses faith in one’s religion and have universal truth absolute. Leaving Farihah totally lost in her thoughts, Farwah had gone long time ago.

For years, the building of ideas built on the emotional obsession of the media could not bear the burden of a spiritual truth; Farihah felt that ‘the building of her ideas’ was shaking badly.

In order to bring in a positive change in character, Islamic sisters should affiliate themselves to the Madani environment of Dawat-e-Islami, and make their routine to attend the weekly Sunnah inspiring Ijtima of Islamic sisters in their area.

Islam liberated woman and broke the cultural fetters which bound them for centuries. In fact, wherever society