Let Us Prepare for Shaban

Let us prepare for Shaban

Arranging an event requires great effort and preparation, as many sisters may know. This would be to ensure that the event is successful and there are no shortcomings. If such level of preparation is made for worldly events, how much preparation should we make to carry out the works of Islam? Without a doubt, Islam has provided Muslims with an ideal schedule to follow through the day, week and year. No day should be spent in negligence. Every moment should be spent in the remembrance of Allah. However, there are some days and months that are particularly special, in which our priority should be to remember and worship Allah even more. For instance, when the blessed month of Ramadan arrives, Muslims are spiritually invigorated and they busy themselves in worship. However, would it not be better if we were to develop the routine of observing fasts and reciting the Quran in the month of Shaban? This would be the perfect way of welcoming Ramadan and getting into the habit of performing good deeds. Sayyidatuna Aisha رَضِیَ الـلّٰـهُ عَنْهُمَا states that the Prophet صَلَّى الـلّٰـهُ عَلَيْهِ وَاٰلِهٖ وَسَلَّمwould fast throughout the entire month of Shaban and say: ‘Do deeds according to your ability. Allah will not stop giving reward until you become tired of doing good deeds.’[1]

Respected sisters, this is why we must ensure that we spend this month performing good deeds, reciting the Quran, remembering Allah and performing optional worship in abundance. If possible, observe optional fasts, pay your Zakat and get into the routine of reading Islamic literature. Help other sisters when you can. Remove any religious confusions they might be facing. If possible, aid someone in any difficulty, be it financial or any other. Also observe Islamic veiling, protect yourselves from looking at Haram and refrain from all forms of wrong. 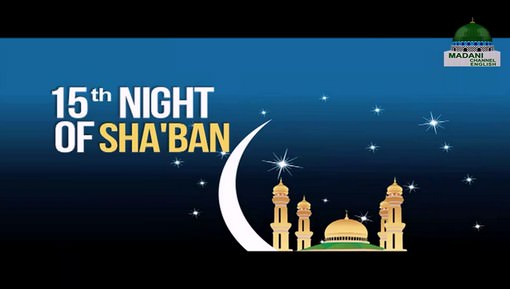 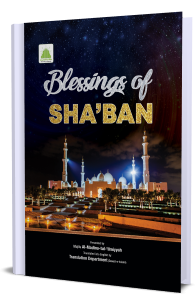 Let us prepare for Shaban