He is Not From Us

“He who does not have mercy on our young, nor recognize the esteem of our elders, is not from us.”[1]

“Not from us” implies that the person is not truly adhering to Islam.[2]

“Dear Anas! Respect elders and have mercy upon the young; you will attain my company in Paradise.”[3]

In another narration: “Respect elders and have mercy upon the young. You and I will be together ˹on the Day of Judgement˺ like these ˹two fingers˺.” He then joined his blessed fingers together to signify this.[4]

The Messenger of Allah صَلَّى الـلّٰـهُ عَلَيْهِ وَاٰلِهٖ وَسَلَّم is an embodiment of compassion and mercy, and his sacred court is a shelter for every person. One facet of this compassion is saving the Ummah from error, and guiding society in the right direction by warning them with “He is not from us,” to highlight particular matters of importance. Two of these matters are:

1.   Being merciful to the young: If a child commits a mistake, elders should have mercy on them and compassionately guide them.[5]

These are some of the ways in which the beloved Prophet صَلَّى الـلّٰـهُ عَلَيْهِ وَاٰلِهٖ وَسَلَّم had mercy on the young. Hence, Sayyidunā Jābir bin ʿAbd Allah رَضِىَ الـلّٰـهُ عَـنْهُ narrates the following account from his childhood:

When a sweet dish was gifted to the Messenger of Allah  صَلَّى الـلّٰـهُ عَلَيْهِ وَاٰلِهٖ وَسَلَّم , he shared it with us. When it was my turn, he fed me once and said, “Shall I feed you more?” “Yes please,” I replied. He gave me more due to my young age. After that, he continued to share it with the rest of the attendees.[6]

9 ways of showing compassion to the young

Adopt the following ways of showing compassion and kindness towards children:

*   Considering children as trusts from Allah Almighty, treat them with kindness.

*   Place them on your shoulders.

*   Speak to them about playing and things that make them smile.

*Try to always bring joy to their hearts.

*   Give them the new fruits and nuts of the season, for they are also new fruits, and something new is appropriate for them.

*   From time to time, and in accordance with your means, give them things to eat, wear, and play with, ensuring that they are permitted in Islam. Do not make false promises to them to placate them. Rather, it is only permissible to make those promises to children which you intend on fulfilling.

*Treat all of your children fairly. Also, do not give preference to one over another, unless it is due to a religious virtue.[8]

2.   Respecting elders – the second part of the hadith encourages us to respect elders, where it has been stated that the one who does not recognise the honour of elders is not acting upon true Islamic practices.

Elders include parents and other family members; it also includes teachers and those who have surpassed us in knowledge and experience. Respecting their position is an integral part of Islamic teachings. Ponder for a moment: wherever it has become a trend not to respect elders, children are seen to use their tongues wrongfully before their parents, raise their hands in dispute and not accept what they say. They mock their elders and do not accept advice, hurting their feelings. In fact, in some cases, their mischief even leads to physical harm.

This habit of not being respectful not only affects family members and relatives but also influences everyone in society. Through backbiting, taletelling, and accusing others, people earn a bad reputation and ruin their lives in this world and the Hereafter. Those involved in this evil habit become so audacious that they begin to mock the pristine rulings of sharia. We should all ponder whether a statement or action of ours will cause harm to the honour of an elder. If so, leave it at once, as this will lead to benefit instead of harm in both worlds.

Which elder should be respected? It should also be noted that Islam has commanded us to respect elders who are not heretics. If an elder adheres to problematic and heterodox teachings, then the final Messenger of Allah صَلَّى الـلّٰـهُ عَلَيْهِ وَاٰلِهٖ وَسَلَّم said regarding them, “Whosoever gives salam to heretics, meets them with open arms, or meets them in a way that brings joy to their heart, has belittled that ˹faith˺ which Allah Almighty revealed to Muhammad  صَلَّى الـلّٰـهُ عَلَيْهِ وَاٰلِهٖ وَسَلَّم .”[9]

Likewise, people who openly and unashamedly commit severe violations of Islamic morals will not be afforded religious respect. By extension, this means he will not be permitted to serve as an imam, spiritual guide, or tutor.

A weak relationship with Allah Almighty causes societies to become corrupt. There was a time when Muslims would uphold each other’s honour and were reflections of good character, alongside being embodiments of respect, modesty and the Sunnah. It is unfortunate that this is rare these days. Ignorance of Islamic teachings is making parents raise their children without strong values that would make them obedient and righteous members of society. It is our carelessness and lack of etiquettes that has ruined our domestic and societal values.

Let us make a sincere intention to learn about the teachings of Islam and to act upon them wholeheartedly, so that an Islamic system under which everyone can live with honour is established.

Allah’s support accompanies the person in accordance with his action. The reward of an action is doubled

The Prophet’s choice of words is unparalleled. In this hadith, three similar, yet slightly different,

We discussed the first two groups in the September 2022 edition of ‘Faizan-e-Madinah Monthly Magazine’.

Before Allah Almighty, no nation compares to the Ummah of the Prophet صَلَّى الـلّٰـهُ عَلَيْهِ وَاٰلِهٖ وَسَلَّم being the best.

There are a multitude of similar in books of hadith, which discuss showing mercy towards the young and respect towards elders. 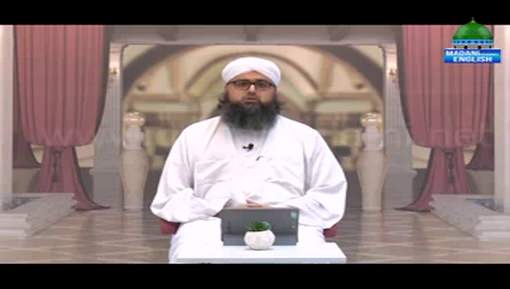