Sudden illness of father, expensive medicines and financial scarcity were all enough to make Naasir confounded. He rang his best friend Jamaal saying that my dad is severely ill and I don’t have money right now to buy his medicines. Jamaal gave him hope saying, ‘I will do something.’ Naasir rang a little while later but his mobile phone was switched off. After various attempts, when Naasir could not get in contact with him, he thought to himself that he used to pretend to be an extremely loyal friend. Today, when the time came to prove his friendship, he gave me false hope and switched his phone off. Everybody is selfish. No one helps others out. Numerous thoughts were striking his mind. He left his home in the pursuit of arranging money from elsewhere. Being unsuccessful, he returned home with a heavy heart.

When he arrived home, he saw that his father is sleeping peacefully and the packet of medicines was placed by his head board. With mixed emotions of surprise and joy, he asked his younger brother: ‘Who brought these medicines?’ The younger brother replied, ‘Your friend Jamaal came. He asked for dad’s prescription and dropped these medicines a little while later.’ Naasir travelled a long way and reached Jamaal’s house to find out what exactly the matter was. First he thanked him and then said: ‘I rang you various times afterwards but your mobile phone was switched off.’ Jamaal put his hand on his shoulder and said, ‘Coincidently, I did not have enough money either at that time. Therefore, I sold my mobile phone and purchased medicines for your father.’ Listening to this brought tears into Naasir’s eyes. He thought to himself that my friend is so sincere with me but alas! What bad-assumptions I have been having about him.

Dear Islamic brothers! This presumed parable contains a very big lesson for those people who fall prey to bad-assumptions upon little things. For example:

٭ If one gets fired from work, then having a bad-assumption about a certain staff member in the office thinking that he would have conspired against me.

٭ In case of facing a loss in business, then having a bad-assumption about a close business competitor thinking that he would have done something.

٭ Someone crying while supplicating or during Ijtima’ of Zikr-o-Na’at, then having a bad-assumption that he is doing so to show off in front of people.

٭ In case something goes missing from home, then having a bad-assumption about the relatives who visit home or servants working in home thinking that they must have stolen it.

٭ Upon an achievement or progression, someone not congratulating as per our desire, then having the bad-assumption that he is jealous of me.

٭ Upon seeing a government employee being affluent, having a bad-assumption that he must be enjoying the luxuries through earning Haraam money.

٭ In case of a government officer refusing to fulfil a request, such as issuing ID card, passport, visa, etc., due to incomplete documentation, then having a bad-assumption that he wants bribe from me.

٭ Someone not paying attention to us as expected and didn’t ask for us, then having a bad-assumption that he is arrogant.

٭ In case a marriage proposal was sent to a family and they refused the proposal, then having a bad-assumption regarding one of the relatives thinking that they would have definitely done something in the middle.

٭ In case husband starts paying less attention to his wife, then wife having a bad-assumption regarding her mother-in-law that she would have said something to him.

٭ In case seeing daughter-in-law reading some Awraad and Wazaaif after Salah, then having the bad-assumption that she is doing a Wazifah to harm us.

٭ Upon seeing a changed kind behaviour of mother-in-law, having the bad-assumption that there is definitely something fishy going around.

٭ One who took loan from us, in case of him not being contactable, having a bad-assumption that he has run away with the money.

٭ In case we cannot find the one whom we reserved trading goods from, having a bad-assumption that he has run away.

٭ Someone gave time and was late in coming, then having a bad-assumption that he has breached the promise.

Etc., etc. These 15 examples have just been mentioned to make you understand. Otherwise, whether it is home, office, market or any place that we can think of, the evil of bad-assumption has prevailed all around.

Sadr-ush-Shari’ah, Badr-ut-Tareeqah, Mufti Muhammad Amjad Ali A’zami رَحْمَةُ اللهِ تَعَالٰی عَلَيْه writes: ‘Undoubtedly, bad-assumption on a Muslim is Haraam, unless the fact is proven through an indication, in this case, it is not Haraam. For example, one having the opinion regarding someone being a drunkard after seeing him coming or going to a bar, in this case, it is not his [the one having an ill-opinion] fault. Why didn’t he (i.e. the one coming and going to the bar) refrain from such place which becomes a means for others to establish an ill-opinion against him.’ (Fatawa Amjadiyyah, vol. 1, pp. 123)

When would the ruling of bad-assumption apply?

Commentator of Sahih Bukhari, ‘Allamah Badruddin Mahmood ‘Ayni رَحْمَةُ اللهِ تَعَالٰی عَلَيْه states: Only that assumption is Haraam which a person persists upon and embeds that opinion in his heart accordingly. Not any such assumption which one thinks about but does not persist upon it and he does not embed that opinion in his heart either[1]. (‘Umda-tul-Qaari, vol. 14, pp. 96, Taht-al-Hadees 5143)

Bad-assumption carries individual harms as well as collective harms, which are not only associated with this world, but with the Hereafter too. However, following harms can be inflicted due to bad-assumption.

1 Having bad-assumption about someone and embedding an ill opinion in one’s heart based on it takes only a few seconds, but the torment for it is the punishment of hell, which we cannot endure.

2 Having bad-assumption is such a spiritual disease which can make one plunge into the pits of various other sins. For example, staying in the pursuit of someone’s faults, backbiting, accusing someone, having malice and slandering someone.

3 A dispute that starts off as a result of the smallest of bad-assumptions can also reach to the extent of severe quarrels and even killing one another, which at times prolongs to various generations.

4 Bad-assumption can change love and affection into malice and enmity which strains the social relations in such a way that a brother does not get along with his own brother, husband and wife become fed up of each other, and mother-in-law and daughter-in-law become each other’s enemies. Due to this, life becomes difficult and it can break up a family.

5 If bad-assumption comes into a movement, organisation or institute, then it completely eradicates the trust factor which brings an irreparable harm.

6 Sometimes, one Islamic brother associated to an organisation (for e.g. Dawat-e-Islami) faces a trouble from another Islamic brother which is due to his [the latter’s] personal action. But he [the former] establishes a bad-assumption against the entire organisation, breaks ties off it and gets deprived of a means of earning virtuous deeds through performing Madani activities.

1 Refrain from having so many assumptions. This will narrow the path for bad-assumptions to enter your heart and you will remain cautious while thinking about the other person.

3 Sayyiduna ‘Umar Farooq رَضِىَ اللهُ تَعَالٰی عَـنْهُ states: Do not have a bad-assumption in relation to the words being uttered from your brother’s tongue until you can establish an assumption for his words to be on goodness. (Durr-e-Mansoor, vol. 7, pp. 565)

Dear Islamic brothers! The amount of clarifications we give to prove our actions to be right, if we use only ten percent of that to think of our Muslim brother’s actions to be good, then bad-assumptions can be eradicated completely. For example, upon seeing someone crying in Ijtima’ of Zikr-o-Na’at, if one establishes a bad-assumption that he is showing off, then he can establish a positive assumption about him too that he is crying out of the fear of Allah Almighty or devotional love of the Beloved Rasool صَلَّى اللهُ تَعَالٰى عَلَيْهِ وَاٰلِهٖ وَسَلَّم.

May Allah Almighty enable us to protect ourselves from having bad-assumptions and to keep positive opinions about Muslims!

[1] To learn more details regarding the Shar’i rulings of bad-assumption, please read the booklet ‘Bad-Gumani’ published by Maktaba-tul-Madinah. 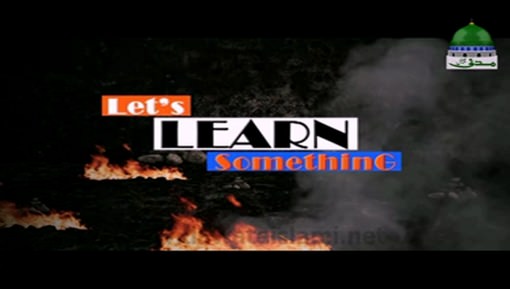 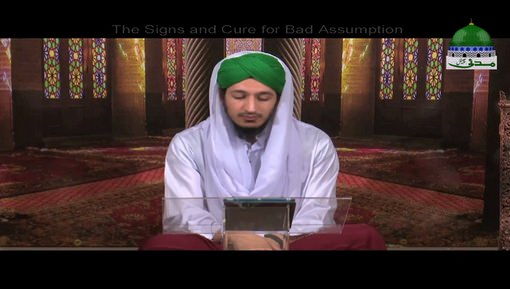 The Signs and Cure for Bad Assumption 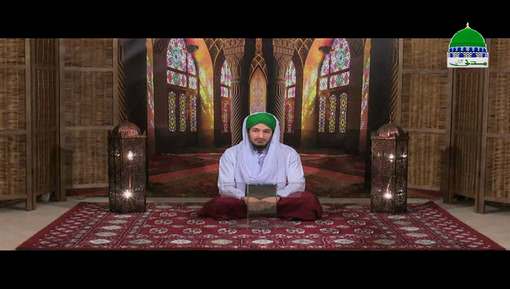 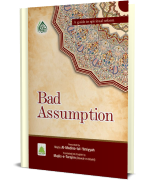