Before putting any thought or desire into action, it is good to look at its consequence with a cool head. With this consequence in view, a wise person can easily decide whether he should act on the thought or desire or he should give it up. For example, a man can avoid committing crimes if he keeps in mind that violation of traffic rules will result in humiliation and a fine. Along with his worldly matters, a Muslim should also apply this to the matters concerning the Hereafter so that he can have a nature that is easily inclined to perform good deeds and avoid sins.

Dear Islamic brothers! Blessed Islamic scholars رَحِمَهُمُ الـلّٰـه have cited many terrible consequences of committing sins. Few of them will be mentioned here.

One who deserves to be hated and condemned by believers

Sometimes sins lead to a big trouble. It has been narrated that when Imam Muhammad Bin Sireen رَضِىَ اللّٰهُ عَـنْهُ got indebted, causing great sorrow to him, he said: I feel that my sorrow is caused by a sin that I committed forty years ago. (Az-Zawajir, vol. 1, pp. 30)

Being deprived of goodness

A horrific and terrible consequence of sins is to die as a disbeliever. It is such a destructive end as a result of which a person deserves Allah’s displeasure and the torment of Hell for ever. Read the sayings of pious predecessors regarding this:

Sayyiduna Huzayfah رَضِىَ الـلّٰـهُ عَـنْهُ has said: ‘When the children of Israel would be commanded to do something, they would disregard it and when they would be stopped from doing something, they would do it without caring for its consequence to the extent that they got out of their religion as a man gets out of his Kameez’. (Az-Zawajir, vol. 1, pp. 26)

Imam Abu Hafs رَحْمَةُ الـلّٰـه عَلَيْه has said: ‘The one who is unaware of the defects of his Nafs gets destroyed quickly because sins lead to disbelief’ (Al-Risalat-ul-Qushayriyyah, pp. 137) i.e. as white hair (of old age) is said to be the sign of death because the next stage [of white hair] is death, in the same manner, the habit of committing sins is likely to lead one into disbelief if one does not repent of sins by fearing Allah عَزَّوَجَلَّ.

Dear Islamic brothers! According to a blessed Hadees, when a person commits a sin, a black spot is put on his heart. This blackness continues to grow due to committing sins persistently and eventually leads him into disbelief. Imam Ahmad Bin Hajar Makki Shaafi’i رَحْمَةُ الـلّٰـه عَلَيْه has cited the saying of pious predecessors: Sins are the sign of disbelief because they create blackness in the heart; the blackness (gradually) covers the heart in a way that it never accepts any goodness. Therefore, the heart becomes hardened and gets emptied of every type of affection, kindness and fear. After this, whatever this person wants, he does it and whatever he likes, he acts upon it. Ultimately, such a person befriends Satan in defiance of Allah Almighty. Satan misleads him, tempts him, and gives him false hopes and as far as possible is not pleased with him on anything less than a disbelief.  (Az-Zawajir, vol. 1, pp. 28)

Allamah Sayyid Ahmad Zayni Dahlan Shaafi’i رَحْمَةُ الـلّٰـه عَلَيْه has said: Sin is such a chain that prevents a person from walking towards worship and good deeds. The burden of sins becomes an obstacle to performing good deeds easily and quickly and getting freshness for acts of worship. To commit sins consistently blackens one’s heart. You will then find your heart black and hard, completely lacking sincerity, purity, taste and sweetness [of worship]. If Allah عَزَّوَجَلَّ does not favour the person, these sins will gradually lead him into disbelief and an unfortunate state. (Tanbih-ul-Ghafileen Minhaj-ul-Aabideen, pp. 24, summarised)

Dear Islamic brothers! The incidents of accursed Iblees and Bal’am Bin Ba’oora teach us lessons. They too started off with disobedience and finally became disbelievers, deserving the wrath of Allah Almighty forever.

Dear Islamic brothers! The month of blessed Ramadan is going on. It has been stated in a blessed Hadees: ‘Have fear in the matter of the month of Ramadan because the way virtuous deeds are increased compared to other months, the same is the case with sins’. (Mu’jam Sagheer, vol. 1, pp. 248) According to another narration, ‘Deprived is the person who finds Ramadan, but is not forgiven’. (Mu’jam Awsat, vol. 5, pp. 366, Hadees 7627) Therefore, wise is he who repents of his sins as soon as possible so that he can be forgiven by Allah Almighty. May Allah Almighty protect us from committing all sins, grave or venial.

A’la Hadrat Imam Ahmad Raza Khan رَحْمَةُ الـلّٰـه عَلَيْه has humbly said to the descendants of the Beloved Prophet صَلَّى الـلّٰـه عَلَيْهِ وَاٰلِهٖ وَسَلَّم and Sayyiduna Hamzah رَضِىَ الـلّٰـهُ عَـنْهُ: O Master! Help me, so that I may not lose my Iman at the time of death, but rather I depart this life in the state of Iman. 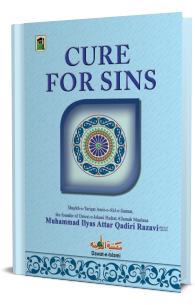