Real meaning of trust in Allah and its virtue 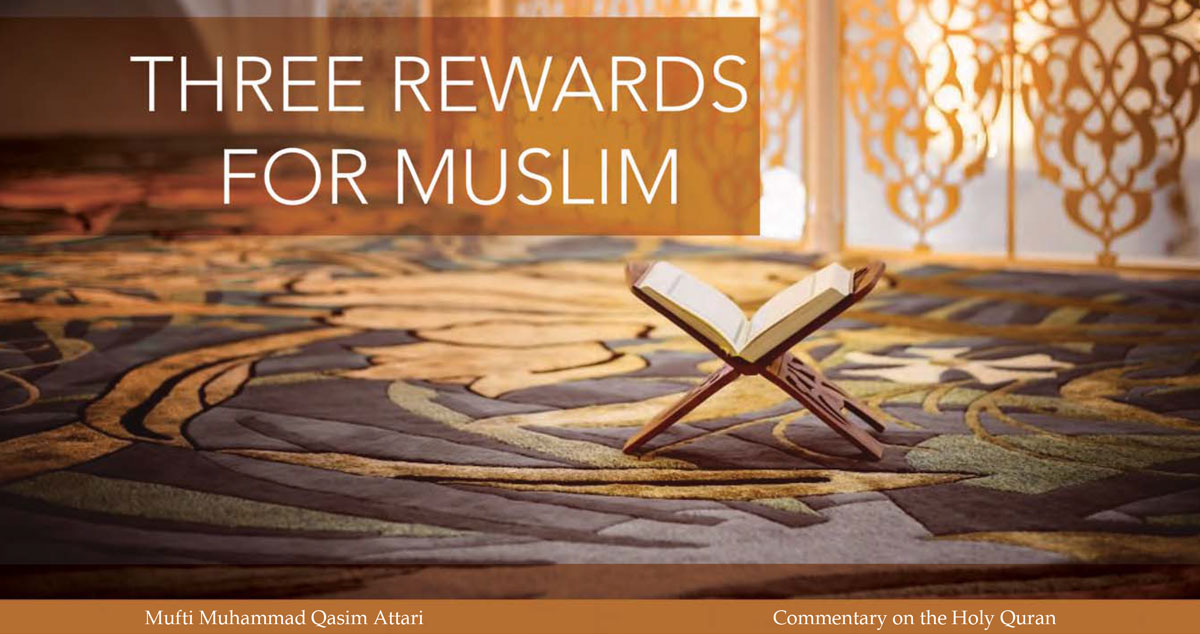 Only they are believers whose hearts fear when Allah is remembered, and when His Verses are recited upon them; their faith increases, and who trust only in their Lord. Those who keep Salah established and spend some in Our Path from what We have provided for them. Only these are true Muslims; for them are ranks with their Lord, and is forgiveness and honourable sustenance.

In the above verses, Almighty Allah has mentioned three spiritual and inner attributes of Muslims as well as two physical and financial virtuous deeds. And these bondmen of the Almighty have been declared to be true Muslims. Glad tidings of three rewards have also been given to them. First, high ranks in the Divine court; second, good news of forgiveness from the Almighty; and third, glad tidings of honourable and respectable sustenance. According to some commentators of the Holy Quran, there is also a beautiful relation between these deeds and glad tidings. (i) Divine fear at the time of the remembrance of the Almighty; (ii) increase in the power of faith at the time of reciting the Holy Quran; and (iii) closeness to the Divine court in return for trust in Allah. And Salah will lead to forgiveness as it is a means of the forgiveness of sins. Moreover, in return for spending in the Divine path, honourable sustenance will be granted in Paradise.

The first attribute of Muslims mentioned in these verses is that they feel fear in their hearts when Allah is remembered. There are two types of Divine fear.

1 Fear of punishment from Allah

2 Fear from the Majesty, Greatness and Absolute Independence of Allah. Common Muslims and common pious individuals have the first type of fear, whereas blessed Prophets عَلَیْھِمُ الصَّلٰوۃُ وَالسَّلَام, perfect friends of Allah and highly ranked angels have the second type of fear. The more a person is close to the Divine court, the more he fears. The Beloved and Blessed Prophet صَلَّى اللّٰەُ عَلَيْهِ وَاٰلِهٖ وَسَلَّم has said: Among you, I fear Allah the most and I have the Ma’rifah (i.e. recognition) of Allah the most. (Sahih Bukhari, vol. 1, pp. 18, Hadees 20)

Divine fear is very great wealth. The Revered and Renowned Rasool صَلَّى اللّٰەُ عَلَيْهِ وَاٰلِهٖ وَسَلَّم has said: If a tear wells up in the eyes of Muslim bondman due to the fear of Allah, no matter equivalent to the head of a mosquito, and then the tear rolls down the front part of his cheek; Allah makes Hellfire Haraam for him. (Ibn Majah, vol. 4, pp. 467, Hadees 4197)

Those who have closeness in the Divine court experience overwhelming condition of fear due to the Greatness of the Almighty. Read the following narrations:

Sayyiduna Abu Bakr Siddeeq رَضِىَ اللّٰەُ عَنْهُ once saw a bird sitting on a tree, so he said, ‘O bird! How good it is for you! You eat the fruit and sit on the tree. If only I were also a fruit that birds would eat.’ (Az-Zuhd li Ibn Mubarak, pp. 81, Raqm 240)

The second attribute of true Muslims described above is that the power and spiritual luminosity of their faith increase when they hear the verses revealed by Allah Almighty. The Holy Quran is the Word of the Almighty, fountainhead of luminosity, origin of spirituality and a source of impeccability. Therefore, those people whose “hearts are not sealed” find the luminosity of the Quran penetrating their hearts, spreading spiritual light. Those individuals whose hearts are not like an infertile piece of land are blessed with the rain of Quranic guidance, producing the flowers of faith and perfuming their inner selves. This is the reason why the companionship of Islamic saints, scholars and the pious changes the feelings of the heart. Furthermore, increase in faith, as mentioned above, does not mean increase in the quantity of faith but rather it means an increase in the quality of faith.

The third attribute of true Muslims described above is that they trust only and solely their Lord. That is, they give all of their matters in the trust of Allah Almighty. Except Him, they neither have any expectation from anyone nor fear from anyone.

Real meaning of trust in Allah and its virtue

Imam Fakhruddin Raazi رَحْمَةُ اللّٰەِ عَلَيْه stated: Trust in Allah does not mean staying idle and giving up efforts, as suggested by some ignorant people. In fact, trust in Allah means that man should use apparent means but he should not trust those means wholeheartedly. Instead, he should have trust in help, favour and support from Allah. (Tafseer Kabeer, vol. 3, pp. 410)

Describing the virtue of having trust in Allah, the Beloved and Blessed Prophet صَلَّى اللّٰەُ عَلَيْهِ وَاٰلِهٖ وَسَلَّم said: Among my Ummah, seventy thousand people will enter Paradise without accountability. These are the people who do not cast any magic spell and do not fly the sparrow for taking any omen and these are the people who have trust in their Lord. (Sahih Bukhari, vol. 4, pp. 240, Hadees 6472)

The aforementioned three attributes (i.e. fear at the time of the remembrance of Allah, increase in faith at the time of the recitation of the Holy Quran and trust in Allah) are related to spirituality. Then two apparent deeds of true believers were described. First, “they establish Salah” which means timely offering of Fard Salah along with the fulfilment of all of its conditions and requirements. Second, “they spend in the Divine path”, i.e. they spend their wealth on where Allah has ordered them to spend. This includes spending on Zakah, Hajj, Jihad and pious things. (Khaazin, vol. 2, pp. 177)

After mentioning all of these attributes, these individuals were declared to have been blessed with the title of “true Muslims” for the reason that their faith is proved by their apparent character as well as by their inner selves. Their hearts are adorned with such great attributes as Divine fear, sincerity and trust in Allah and their apparent body parts are busy performing Ruku’, Sujood and spending wealth in the Divine path.

There are three rewards for the Muslims who have these five qualities. First, there are ranks for them in the court of their Lord, i.e. they will have ranks in Heaven; and some of them are superior to some others. Since the conditions of Muslims are different in terms of adopting the above attributes, their ranks will also be different in Heaven for the same reason. Regarding ranks in Heaven, the Holy Prophet صَلَّى اللّٰەُ عَلَيْهِ وَاٰلِهٖ وَسَلَّم said, ‘Heaven-dwellers will see those living at higher level places as you see the remaining shining stars in the east and west on the horizon at morning time. This is for the reason of difference in ranks among them.’ Blessed companions asked, ‘O Prophet of Allah! Will these be the houses of Prophets (عَلَیْھِمُ الصَّلٰوۃُ وَالسَّلَام) where no one except them will have any access?’ He صَلَّى اللّٰەُ عَلَيْهِ وَاٰلِهٖ وَسَلَّم said, ‘No, by the One under Whose power my life is! (In those higher level places) those men will live who believe in Allah and testify that Prophets (عَلَیْھِمُ الصَّلٰوۃُ وَالسَّلَام) are truthful.’ (Sahih Bukhari, vol. 2, pp. 393, Hadees 3256)

The second reward for true believers is forgiveness, i.e. their sins will be forgiven. And the third reward for them is honourable sustenance that Allah Almighty has prepared for them in Paradise. This has been called honourable sustenance because it will always be presented to them with respect and reverence without any hardship and effort. (Khaazin, vol. 2, pp. 178)

O Gracious Lord! May our hearts be adorned with Your fear, power of faith and with trust in You. Make us also steadfast in Salah and the one who spends in Your path. And, by Your grace, bestow upon us high ranks in Jannat-ul-Firdaus, forgiveness without accountability and honourable sustenance. 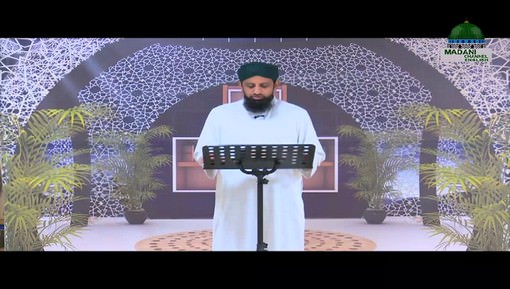