Taqwa of the blessed Awliya 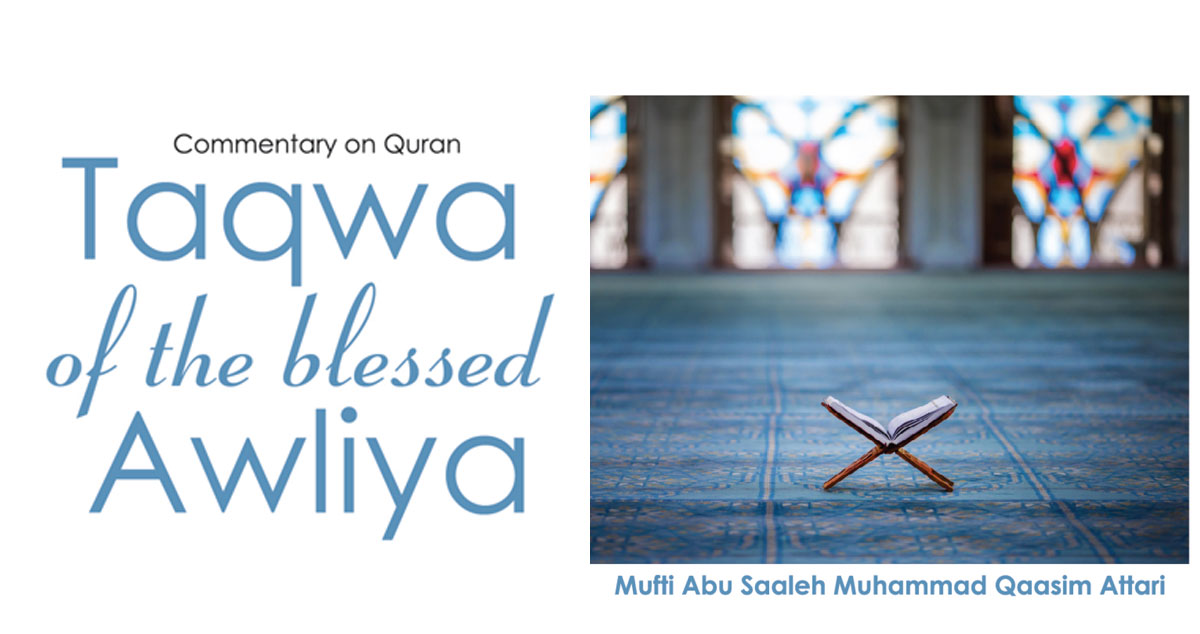 Translation: Listen! No doubt, upon the friends of Allah there is neither any fear, nor any grief. (Friends of Allah are) those who have believed and practice piety (by strictly following Shari’ah).

It has been stated that the Awliya of Allah [i.e. the friends of Allah عَزَّوَجَلَّ] will neither have any fear nor will they grieve on the Day of Judgement, and these are the people who are greatly blessed with the wealth of Iman and Taqwa [piety]. One of the purposes behind mentioning the Zikr of blessed Awliya رَحِمَهُمُ اللہُ تَعَالٰی is to make people understand the greatness and glory of these chosen servants of the Divine court (those who have a special status in the court of Allah عَزَّوَجَلَّ) and they develop the yearning for attaining the blessings and favours of blessed Awliya رَحِمَهُمُ اللہُ تَعَالٰی. Moreover, one of its purposes is to impart knowledge of their biographies and attributes to people so that they strive to follow in the footsteps of blessed Awliya رَحِمَهُمُ اللہُ تَعَالٰی.

Following are some details of “Taqwa”, the most prominent and basic attribute of blessed Awliya رَحِمَهُمُ اللہُ تَعَالٰی. Most of its details have been taken from ‘Minhaj-ul-‘Aabideen’, a famous book of Imam Ghazali رَحْمَةُ اللّٰەِ تَعَالٰی عَلَيْه. Taqwa is a precious treasure as all the types of the goodness of the world and the Hereafter have been gathered and kept under this single quality. The virtues of Taqwa have been frequently mentioned in the Quran and Hadees. Twelve of them are as follows:

1.         Allah عَزَّوَجَلَّ has mentioned the glory of Taqwa that it is a greatly courageous act. He عَزَّوَجَلَّ has stated: ‘And if you remain patient and refrain (from sins), it is an act of great courage’. (Part 4, Surah Aal-e-‘Imran, Ayah 186)

2.         A pious person is blessed with Divine protection. Allah عَزَّوَجَلَّ has stated: ‘And if you keep practising patience and piety, their evil scheme will not harm you at all’. (Part 4, Surah Aal-e-‘Imran, Ayah 120)

4.         A pious person is blessed with Halal [lawful] sustenance and salvation from difficulties. Allah عَزَّوَجَلَّ has stated: ‘And whoever fears Allah, Allah will create for him a way of salvation. And (Allah) will provide him sustenance from where he could not imagine’. (Part 28, Surah At-Talaaq, Ayah 2, 3)

7.         A pious person becomes the beloved of Allah عَزَّوَجَلَّ. He عَزَّوَجَلَّ has stated: ‘Indeed Allah is pleased with the pious’. (Part 10, Surah At-Taubah, Ayah 7)

8.         The virtuous deeds of a pious person are accepted. Allah عَزَّوَجَلَّ has stated: ‘Allah only accepts from the one who fears (Allah)’. (Part 6, Surah Al-Ma`idah, Ayah 27)

9.         Taqwa is the standard for closeness and high status in the court of Allah عَزَّوَجَلَّ as He عَزَّوَجَلَّ has stated: ‘Indeed the most honourable amongst you, according to Allah, is one who is most pious amongst you’. (Part 26, Surah Al-Hujurat, Ayah 13)

10.      For a pious person, there is good news in the world and the Hereafter. Allah عَزَّوَجَلَّ has stated: ‘(Friends of Allah are) those who have believed and practice piety (by strictly following Shari’ah). For them are glad tidings in the life of this world and in the Hereafter’. (Part 11, Surah Yunus, Ayah 63, 64)

11.      Allah عَزَّوَجَلَّ will keep the pious people safe from the Hell. He عَزَّوَجَلَّ has stated: ‘We shall then rescue the fearful ones’. (Part 16, Surah Maryam, Ayah 72)

12.      The pious people are blessed with an eternal abode in Jannah. Allah عَزَّوَجَلَّ has stated: ‘(Especially) kept ready for the pious’. (Part 4, Surah Aal-e-‘Imran, Ayah 133)

Doing Istidlaal [drawing inference] from the Holy Quran, a pious person has stated the greatness of Taqwa in a very beautiful way. Someone humbly asked the pious person for advice. He responded: Let me give you the advice which Allah عَزَّوَجَلَّ has given to all the people of the past and future; He عَزَّوَجَلَّ has stated: ‘Indeed We have emphasised to those who received the Books before you, and to you; that keep fearing Allah. (Part 5, Surah An-Nisa, Ayah 131) I.e. It has been mentioned in the Ayah that Allah عَزَّوَجَلَّ has emphatically stated to the pervious Ummahs as well as this Ummah to adopt piety.

After reading so many virtues of Taqwa, one develops yearning in the heart for knowing what Taqwa is and how we can attain it. The answer to the first question is as follows: The word “Taqwa” has been mentioned in the Holy Quran in the meanings of “fear”, “obedience and worship”, and “protecting the heart from sins”. Amongst these meanings, the third one is the real meaning of Taqwa because according to the Arabic dictionary, the meaning of Taqwa is, “to save from pain and to protect”; since Taqwa is the means of protection from sins, it is called Taqwa. Imam Ghazali رَحْمَةُ اللّٰەِ تَعَالٰی عَلَيْه has mentioned the meaning he has preferred in the following way: I state, ‘Taqwa means to refrain from every such thing due to which you fear a loss in your religion’.

From the meaning of Taqwa, it has become clear that refraining from “Shirk”, “Bid’ah”, and “major and minor sins” are very basic levels of Taqwa, as Kufr [unbelief] and Shirk [polytheism] are the causes due to which a person will be thrown into Hell forever; so what can be a greater loss and destruction! Similarly, major sins are a cause due to which a person will be thrown into Hell, and minor sins are also a cause of suffering loss in the Hereafter. Therefore, to attain Taqwa, it is certainly necessary to refrain from these three evils but besides these, leaving anything about which there is any doubt is also a significant level of Taqwa as stated in a blessed Hadees: ‘Leave the thing which makes you doubtful and adopt what is free of doubt.’ (Sunan-ut-Tirmizi, vol. 4, pp. 232, Hadees 2526)

He صَلَّى اللہُ تَعَالٰى عَلَيْهِ وَاٰلِهٖ وَسَلَّم has also stated, ‘He who has protected himself from the things about which there is any doubt has protected his religion and honour.’ (Sahih Bukhari, vol. 1, pp. 33, Hadees 52)

After all these levels of Taqwa, there is another great level of Taqwa which is: A person uses even Halal [lawful] only as per his need and leaves the Halal more than his need. It is also Taqwa because being engaged in Halal which is more than a person’s need leads him to Haraam and incites him to commit sins. The Beloved Rasool صَلَّى اللہُ تَعَالٰى عَلَيْهِ وَاٰلِهٖ وَسَلَّم has stated, ‘A person does not reach the rank of Muttaqeen [pious people] until he leaves even what is permissible, fearing getting indulged in what is impermissible.’ (Sunan-ut-Tirmizi, vol. 4, pp. 205, Hadees 2459) It means that a person leaves even Halal which is more than need, fearing getting indulged in Haraam.

In the case of refraining from sins, Taqwa is Fard [obligatory], and the one leaving it [i.e. Taqwa] will be deserving of the hellfire. In the second case, Taqwa is goodness and respect, and a person, because of leaving it, will be stopped on the Day of Judgement; his accountability will be made and he will be reproached. Therefore, when a person adopts all the aforementioned types of Taqwa, he becomes a perfect Muttaqi [pious person] and the rank of Wilayat [sainthood] begins from this very stage. Now a question arises: How may a person attain Taqwa? Kindly read its answer in the next part. 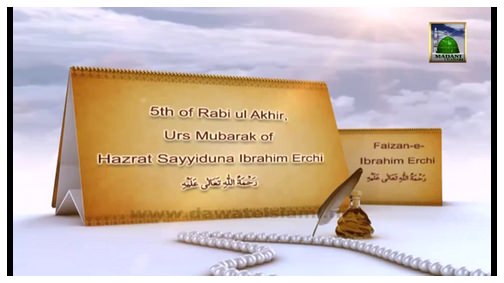 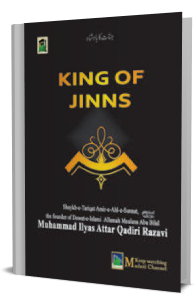