The Reality of The Status of Siddiqiyat 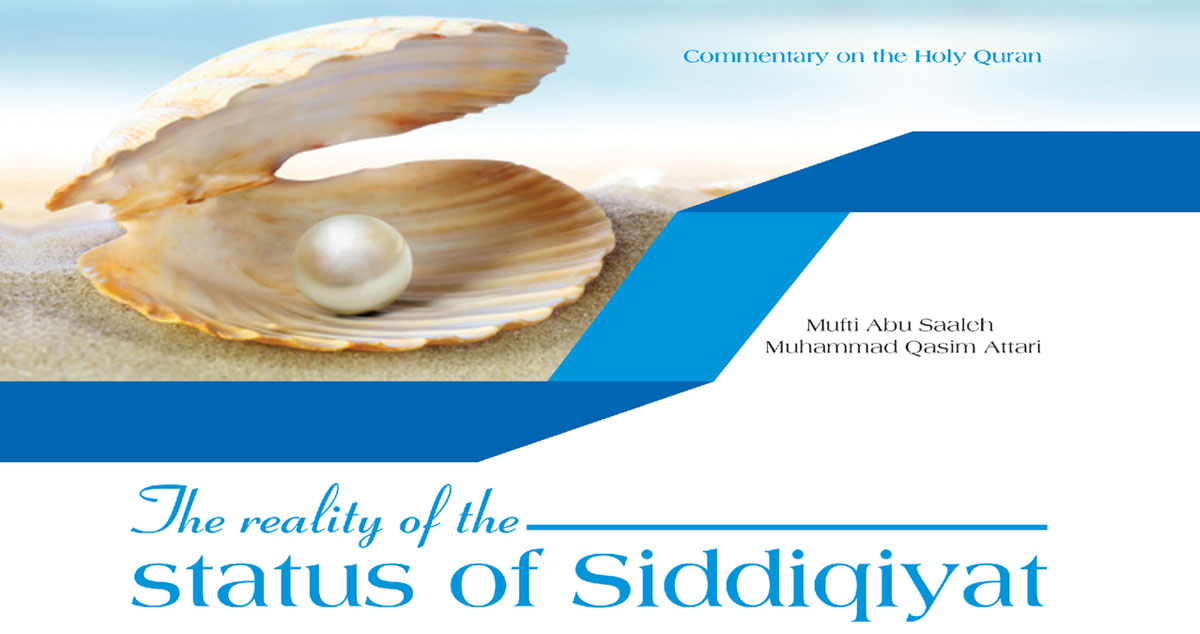 Allah عَزَّوَجَلَّ, the Almighty has said:

And the one who has brought this truth and those who endorsed him; only they are the pious ones.

The meaning and description of Siddiqiyat is briefly explained in this topic in the light of the description mentioned in Ihya-ul-‘Uloom by Imam Ghazali رَحْمَۃُ اللہِ تَعَالٰی عَلَیْہِ, with reference to the grandeur of the status of Siddiqiyat of Sayyiduna Abu Bakr Siddeeq رَضِیَ اللہُ تَعَالٰی عَنْہُ: Sidq (truthfulness and being truthful) is of six types:

1. To be truthful in a statement

2. To be truthful in intention

3. To be truthful in ambition

4. To be truthful in fulfilling an ambition

5. To be truthful in action

6. To be truthful in attaining the highest degree of all the levels of Deen

So, the one who is attributed with Sidq (truthfulness) with all of its meanings, is Siddeeq (the most truthful) as he has reached the greatest level of Sidq (truthfulness). Then, there are many degrees of Sadiqeen, hence the one in whom a meaning of Sidq is found from among the meanings mentioned, he will be called Sadiq on the basis of the same.

1. The Sidq of the tongue

The first type is, Sidq of the tongue. It means the same thing should be uttered which is according to the real situation. To say something against the reality is called falsehood. To be truthful in promise falls under this type of Sidq. It means whatever promise is made he should keep it and not go against it. This type is Wajib and the most famous among the types of Sidq. Therefore the one who avoids telling lies is Sadiq. However, the Shari’ah allows saying something against the reality in certain cases such as reconciling between two Muslims, expressing love with the wife and for the needs of war. There are many concessions in this case.

But one more very important point in the truthfulness of tongue is that whatever words a bondman uses in supplication to Allah عَزَّوَجَلَّ, he should be true in those also, for example, if someone says verbally:

But his heart is busy with worldly desires instead of Allah عَزَّوَجَلَّ, so he is a liar. Likewise, if he says verbally ‘اِیَّاكَ نَعْبُدُ’ You alone may we worship but the heart and mind is free from the real condition of worship and his objective is something else other than Allah عَزَّوَجَلَّ, so his speech is not true, because he was the slave of his Nafs or of the world or of his own desires. Whatever a person thinks as an aim and objective and whatever dominates his heart and mind, he is considered to be the slave of the same. With respect to the same meaning it is stated in the Hadees, ‘The slave of dinar is doomed, the slave of dirham is doomed, [and] the slave of Hullah (gown) and the slave of Jubbah (a long loose outer garment with wide sleeves) [too]’ (it means the one who is busy seeking and acquiring only these).

The servant of Allah, in fact, is he whose heart is free from others, engrossed in the love of Allah عَزَّوَجَلَّ, is obedient to Allah عَزَّوَجَلَّ in ‘ظاہِر و باطِن’, apparent and hidden (matters) and his aim and objective is solely (the pleasure of) Almighty Allah.

2. Sidq in the intention and will

The second type of Sidq relates to intention. Sidq in the intention is that the purpose of ‘Ibadah (worship) and virtue performed by the one is only for the pleasure of Allah عَزَّوَجَلَّ; if it includes any desire of Nafs, so the Sidq in intention will be invalid and such a person can be called a liar. In short, the meaning of Sidq is Ikhlas (sincerity) and therefore it is necessary for every Sadiq (truthful) to be Mukhlis (sincere).

The third type of Sidq is to be true in ambition relating to the future. Because a man, sometimes, makes this ambition relating to future, ‘If Allah عَزَّوَجَلَّ grants me wealth, I will give this much to the poor and or if I am given a post, so I will use it rightly and will not practice dishonesty and injustice’. Such type of ambition is, sometimes, really firm and true and sometimes is weak in a sense that there is an intention to do it but there is also a thought hidden somewhere in mind of not doing it. Considering this meaning, Sadiq and Siddeeq is he whose commitment to virtuous deeds is very strong, not weak.

4. The fourth type of Sidq is to be truthful in fulfilling ambition

Nafs, sometimes, makes a firm determination for the time being because it does not take any effort to intend. However, when the time comes for action, the ambition weakens and Nafs overcomes and thus a person becomes unable to fulfil his ambition. This is against Sidq and majority of people are involved in its breach that their intentions are so high but look for excuses at the time of action. The Holy Quran admires those who act upon their ambition, ‘Amongst the Muslims are some such men who have proven true to their pledge which they made with Allah’. (Part 21, Surah Al-Ahzaab, Ayah 23)

5. The fifth type of Sidq is the Sidq in actions

It is that the inside of a person while performing good deeds should be the same as it appears apparently. For example, when the Zaahiri Adaab (apparent manners) in Salah are accomplished so in Baatin (innerself), the submissiveness must exist at heart too. If he appears to be a Sufi or a devotee of Rasool, so the condition of the heart should also be the same. In short, Zaahir (apparent condition) and Baatin (inner condition) being alike, is a type of Sidq.

6. The sixth type of Sidq is the Sidq in the levels of Deen 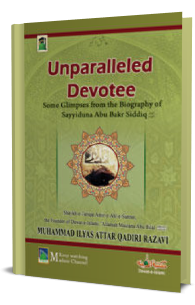