The States of Hearts

‘And do not make me face disrespect on the Day when everyone will be raised. The Day when neither wealth will benefit nor sons. Except he, who presented himself in the Majestic Court of Allah, with a pure heart.’

These verses mention the Du’a of Sayyiduna Ibraheem عَـلَيْـهِ الـصَّلٰوة ُ وَالـسَّلَام: O my Rab عَزَّوَجَلَّ! Do not make me face disrespected on the Judgement Day when everyone will be raised. On that day, neither wealth will benefit nor sons. However, wealth spent in the way of Allah, as well as children will benefit the one who will come in the Majestic Court of Allah, with his heart free from Kufr (unbelief), Shirk  (polytheism) and Nifaq (hypocrisy).

Here, it mentions about ‘pure heart’. The realm of heart is vast about which Ulama, Awliya and Sufis have discussed in detail, because, the reformation of spiritual self and physical self, the attainment of Ma’rifat, the access to the stages of Divine Qurb (spiritual closeness), and the observation of Divine Noor all depend upon the Noor and purity of this very heart.

Sayyiduna Sultan Bahu رَحْمَةُ الـلّٰـهِ عَـلَيْه has stated about the vastness of the realm of heart:

Summary of the couplets: Hearts are deeper than rivers and seas. Boats, oars and sailors all are in it. A heart accommodates the entire universe, and a human heart is the place of manifestation of Allah’s Noor. But, with this heart that has such great attributes, only he can truly know Allah عَزَّوَجَلَّ who knows the secrets of the realm of hearts, i.e. a perfect Murshid [spiritual guide] who has successfully passed all the stages [of the spiritual journey].

Hearts are good as well as bad. Allah عَزَّوَجَلَّ has mentioned about both types of hearts in the Holy Quran. He (عَزَّوَجَلَّ) has stated about bad hearts: In their (i.e. hypocrites’) hearts is a disease (of hypocrisy), so Allah increased their disease further, (Part 1, Surah Al-Baqarah, Ayah 10)

In these verses, the words through which bad hearts have been described are: heart with disease; deviated heart; heart upon which seal is set; hearts like stones, or rather even harder than them. All of these hearts are bad and disliked in the Majestic Court of Allah.

Allah عَزَّوَجَلَّ has stated about good hearts: Only they are believers whose hearts fear when Allah is remembered. (Part 9, Surah Al-Anfaal, Ayah 2)

At another place, He (عَزَّوَجَلَّ) has stated: The Day when neither wealth will benefit nor sons. Except he, who presented himself in the Majestic Court of Allah, with a pure heart.’ (Part 19, Surah Al-Shu’ara, Ayah 88, 89) At another place, Allah (عَزَّوَجَلَّ) has stated: Has the time not come for the believers to humble their hearts to Allah’s remembrance? (Part 27, Al-Hadeed, Ayah 16)

These verses give information about good hearts that they are brimful of Allah’s fear when Allah is remembered, free from spiritual faults and vices, and humble to Allah’s remembrance.

It is very important to get rid of the bad state of the heart and change it into a good one as the reformation of all the body parts depends upon the reformation of the heart. If hearts are virtuous and pious, body parts will also get adorned with righteousness and piety, and if a heart is void of piety, body parts will indulge in sins. This is why the Holy Prophet صَلَّى اللّٰهُ عَلَيْهِ وَاٰلِهٖ وَسَلَّم has said: Know that there is a piece of flesh in the body; when it becomes good, the whole body becomes good and when it gets spoiled, the whole body gets spoiled; beware, that is the heart. (Bukhari, vol. 1, pp. 20, Hadees 52)

The supreme state of a heart is that it should be clean and pure, free from the desires of Nafs, brimful of Divine love, and desirous to please Allah عَزَّوَجَلَّ, as Allah عَزَّوَجَلَّ has stated: And out of His love, they feed the needy, the orphan and the prisoner. They (the righteous ones), say to them, ‘We give you food, merely for the sake of Allah; we do not seek any reward or thanks from you.’ (Part 29, Surah Al-Dahr, Ayah 8, 9)

At another place, He (عَزَّوَجَلَّ) has stated: those who call upon their Lord in the morning and evening; seeking His pleasure. (Part 7, Surah Al-An’aam, Ayah 52)

In contrast to the supreme state of a heart, its worst state is that it is heedless of Allah’s remembrance, victim of the desires of Nafs, indifferent to differentiating between Halal and Haraam, and fully polluted with the darkness of sins.

The third state [of a heart] is that it is a battle ground for various thoughts, in which a war between Satan and angels continues. Satan presents worldly pleasures exaggeratedly [by saying], ‘just observe how people are busy enjoying and making merry, and lost in frenzy; and you are exhausting yourself with the difficulties of the acts of worship for no reason.’ Angel reminds: Every soul must taste the flavour of death, (Part 21, Surah Al-‘Ankaboot, Ayah 57) Moreover, you have to face all the matters like accountability in grave and Aakhirah, and the abode in Paradise or Hell.

Certainly, the desire of a perfect Muslim is to keep his heart in the best state. Its method will be described in the next part, اِنْ شَــآءَالـلّٰـه. 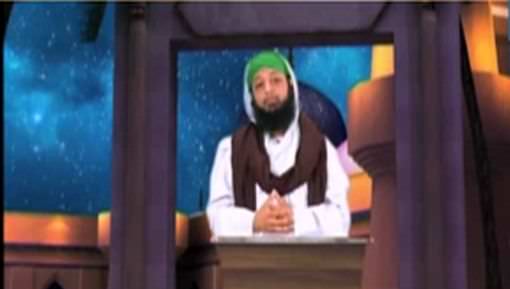 Hearts in The Fist