Human and the Holy Quran

O people! Fear your Lord, Who created you from a single soul and from it, created its spouse and from them both, has spread many men and women,

In this verse, it is stated that Allah Almighty created all humans from a single soul, i.e. Sayyiduna Aadam عَـلَيْـهِ الـسَّـلَام, and from him, Allah عَزَّوَجَلَّ created Sayyiduna Aadam’s spouse, i.e. Sayyidatuna Hawwa رَضِیَ اللہُ تَعَالٰی عَنْہَا. Then, generation by generation, He عَزَّوَجَلَّ created men and women through both of them, who populated the Earth, being in a large quantity.

It is not surprising that there is fabulous and perfect detail of the origin of human, the stages of his creation and human psychology in the Holy Quran as Allah عَزَّوَجَلَّ has created humans and certainly, the Creator knows the best. Allah Almighty has mentioned this reality in the Holy Quran; He عَزَّوَجَلَّ states:

Does He Who has created not know? Only He is The One Who knows of every complexity, Aware (of everything else).

The status of human in the court of Allah Almighty, his good qualities and imperfections, positive and negative aspects, strengths and weaknesses, the correct use of strength, and the ways of overcoming weaknesses are mentioned in a very beautiful manner in the Holy Quran. These details are very interesting as well as beneficial for the one who ponders over the teachings of the Holy Quran. Some aspects are highlighted in this article.

Allah Almighty has made human superior and more honourable than the rest of Creation as stated in the Holy Quran:

And indeed We have honoured the descendants of Adam and transported them on land and sea, and gave them good things as sustenance, and made them superior than many (i.e. all) of Our creation.

It means that human being has been blessed with intellect, knowledge, ability to speak, bright face, moderate height, and different means of transportation which vary from animals to [modern-day] aeroplanes. Furthermore, Allah Almighty has made him aware of the ways of succeeding in this world and the Hereafter, and granted him dominance over all things. Allah عَزَّوَجَلَّ has granted human being ‘dominating power’, and hence, he has explored the world today, made underground discoveries, learnt flying, and even landed on the moon. He has also discovered a lot about Mars. In short, human being has made remarkable achievements in the land and seas. These are just a few examples. Besides these, Allah Almighty has granted human being countless things and blessed him with respect and honour. Allah عَزَّوَجَلَّ has made human being Afdal [most superior] in the entire Creation such that prophets عَـلَـيْهِمُ السَّلَام, the most Afdal [superior] personalities amongst humans, are greater than all angels, and a pious Muslim is greater than common angels.

Along with spiritual excellence and virtues, Allah Almighty has also blessed human being with distinctive form and appearance. He عَزَّوَجَلَّ has stated:

We have indeed created man in the best form.

It means: We have indeed created man in the best form, maintained a balance in his body parts, enabled him to stand upright rather than bent like animals, granted him the ability to eat using his hands rather than directly with mouth like animals, and We have also blessed him with knowledge, intellect, understanding, manners, and the ability to speak.

We learn from the Holy Quran that the whole universe has been created for human being, and Allah عَزَّوَجَلَّ has created everything in the world to serve him. It is stated in Surah Al-Baqarah:

It is He Who created for you whatever is in the earth,

It means: Allah عَزَّوَجَلَّ has created all the rivers, mountains, mines, agricultural fields, seas, etc. in the world for your religious and worldly benefit. The religious benefit is that human being becomes more and more aware of the wisdom and power of Allah عَزَّوَجَلَّ by seeing the wonders of the world, and discovers the secrets of the universe through his intellect. The worldly benefit is that he may have thousands of foods and drinks, and use countless of things for his benefit.

Furthermore, human’s benefit is not restricted only to the Earth. According to the details in the Holy Quran, other great blessings of the universe like the sun, moon, wind, water, day and night, rivers, streams, seas, etc. are also benefitting humans as created by Allah عَزَّوَجَلَّ. Allah عَزَّوَجَلَّ has provided human beings with all those things which are necessary or beneficial for life. He عَزَّوَجَلَّ has stated:

In short, by His mercy, Allah عَزَّوَجَلَّ has blessed human being with so many blessings which can never be counted. Allah Almighty has stated:

And if you count the favours of Allah, you will never be able to count them.

The great ‘rank and status’ of human being in this universe of Allah عَزَّوَجَلَّ is clear from the verses of the Holy Quran and the blessings which Allah عَزَّوَجَلَّ has granted him. The one who has been bestowed with ‘greatness’ should choose the ‘path of greatness’, and that path is ‘being submissive to Allah عَزَّوَجَلَّ’. On the other hand, ungratefulness, disobedience, ignorance, oppression, pride and arrogance, bad habits, and despicable character traits do not befit human being. In fact, these bad attributes plunge him from احسن تقویم ‘the best form’ to اسفل سافلین ‘the lowest of the low state’. Human weaknesses and the ways to overcome them will be discussed in the next article, اِنْ شَــآءَالـلّٰـه. 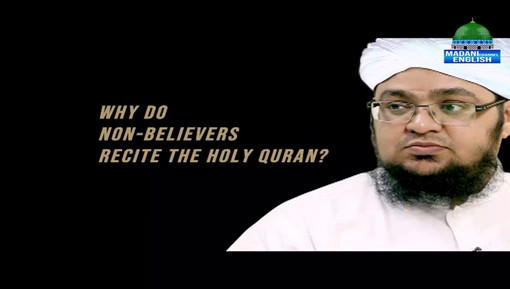 Why Do Non Believers Recite The Holy Quran? 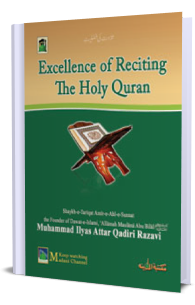 Excellence of Reciting The Holy Quran