Do not hurt others

And those who hurt Muslim men and women, without them doing anything (wrong), have burdened themselves with false accusation and open sin.

This Ayah was revealed regarding those hypocrites who used to hurt and disrespect Sayyiduna ‘Ali کَـرَّمَ الـلّٰـهُ تَـعَـالٰی وَجۡـھَـهُ الۡـکَـرِیۡم. According to another narration, it was revealed regarding those who hurt the feelings of Sayyidatuna ‘Aaishah رَضِیَ اللهُ تَعَالٰی عَنْهَا by falsely accusing her. Here a principle of Quranic commentary should be kept in mind that though revelation background of an Ayah may be particular, yet its ruling is general. As per this principle, the general meaning of the Ayah is that those who hurt any Muslim without any Shar’i reason, they actually burden themselves with false accusation and an open sin, deserving to be given punishment for it.

A real Islamic society is one in which people look after and care for each other, help each other in times of trouble, avoid causing harm to anyone and maintain mutual relationship on the basis of [Shar’iah-approved] sociability, good manners and well-wishing. Islam teaches these things, promoting the feelings of tolerance, affection, compassion, sympathy in society and preventing from those things which are harmful to society such as unreasonable strictness and hurting others. Living your life with good mutual relations and reconciliation is one of the aims of Islam. It is also obvious that one cannot have good relationship with others by violating their rights and hurting their feelings. The above Ayah contains an important principle in this regard. The core of Islamic teachings is that “One should not hurt others without any [Shar’i] reason”.

Further detail of the above-mentioned Ahadees is found in another saying of the Holy Nabi صَلَّى اللهُ تَعَالٰى عَلَيْهِ وَاٰلِهٖ وَسَلَّم. He صَلَّى اللهُ تَعَالٰى عَلَيْهِ وَاٰلِهٖ وَسَلَّم said: Do not be jealous of each other. Do not falsely bid the shopkeeper for raising the price to deceive the customer. Do not have malice towards each other. Do not turn your face away from each other. Do not make a deal for something when somebody else has already made a deal for it. And O bondmen of Allah عَزَّوَجَلَّ! Become brothers of each other. A Muslim is a brother of a Muslim. Neither should he oppress him nor should he cause disgrace to him and nor should he insult him and nor should he look down upon him. (Then) gesturing towards his chest, he صَلَّى اللهُ تَعَالٰى عَلَيْهِ وَاٰلِهٖ وَسَلَّم said thrice, ‘Piety is here’. When a person considers his Muslim brother bad, so it is sufficient that he[1] is [himself] bad. A Muslim is completely Haraam for the other Muslim. His blood, his wealth and his respect [are all Haraam]. (Sahih Muslim, pp. 1064, Hadees 6541)

Hurting others is an impermissible and Haraam deed leading to Hell

A famous Taabi’i commentator Sayyiduna Mujahid رَحْمَةُ اللهِ تَعَالٰی عَلَيْه said: Those in Hell will be afflicted with itch. They will scratch their bodies till the bone of one of them will be exposed (due to skin and flesh coming off). It will be called out to him, ‘O so-and-so! Do you feel pain due to it?’ He will reply, ‘Yes.’ The one calling out will say, ‘You used to hurt Muslims. This is your punishment for that.’ (Ihya-ul-‘Uloom, vol. 2, pp. 242)

The Ayah and Ahadees have made this ruling quite clear like a bright day that hurting others is a heinous crime and a major sin. But the way this excellent ruling of Islam has been cast aside in our society is shameful and regretful. For instance, during wedding ceremonies, parties are arranged, causing noises throughout the night. Music is played with volume turned up throughout the night and firework is lighted, greatly distressing and disturbing the neighbours, patients, old people, children and those who have to go to work in the early morning. On the occasions of Eid, the Independence Day and the New Year Night, silencers are removed from motorcycles, making noises and causing trouble to people. Playing cricket, football etc., in streets and neighbourhoods, especially throughout the nights of Ramadan, making noises and causing trouble is common. In everyday life, parking vehicles at no parking areas, throwing debris, garbage and filth at improper places and hurting others has become the order of the day. Blocking the path at very busy streets for various religious and non-religious programmes, causing inconvenience to others seem to have become an essential part of life.

In particular, causing trouble to neighbours is perhaps not even considered something bad. Some neighbours get annoyed when you say to them, ‘Please do not cause trouble to us.’ اللہُ اکبر! Even fairly religious people are careless about the rights of neighbours. So what can be said about those who are far away from religion? Talking loudly in homes, watching television with volume turned up, gathering together in front of someone’s home and making noises at midnight, dragging household furniture and other things at late night, which causes noise, using noise-making instruments such as an electric or hand drill, disturbing the sleeping ones by grinding spices using a grinder at midnight are all quite common. Similarly, when a neighbour comes to his home at night, he makes noises, dragging his feet on the ground or stepping heavily on the ground or talking loudly on the mobile phone. He then loudly knocks on the door of his home. These are just a few examples. Nowadays, it seems there is no limit to the harm one causes to his neighbours. In fact, how important the fulfilment of the rights of neighbours is, can be realized by having a look at the following Hadees. The Beloved and Blessed Nabi صَلَّى اللهُ تَعَالٰى عَلَيْهِ وَاٰلِهٖ وَسَلَّم once said to his companions, ‘By Almighty! That person is not Mu`min. By Almighty! That person is not Mu`min. By Almighty! That person is not Mu`min.’ Blessed companions asked, ‘Ya Rasoolallah صَلَّى اللهُ تَعَالٰى عَلَيْهِ وَاٰلِهٖ وَسَلَّم! Who?’ He صَلَّى اللهُ تَعَالٰى عَلَيْهِ وَاٰلِهٖ وَسَلَّم said, ‘The one whose neighbours are not safe from the harms he causes.’ (That is, the person who causes trouble to his neighbours.) (Sahih Bukhari, vol. 4, pp. 104, Hadees 6016)

Are we Mu`min[2]? Ponder! O Allah عَزَّوَجَلَّ! Bless our hearts with mercy so that we do not hurt others.

[1] The one who considers other to be bad 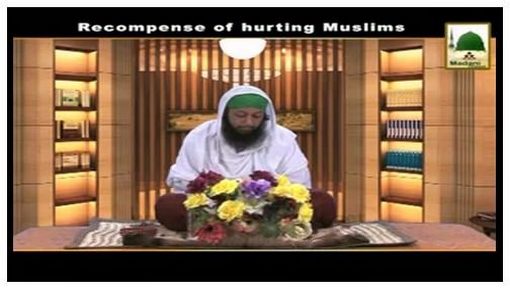 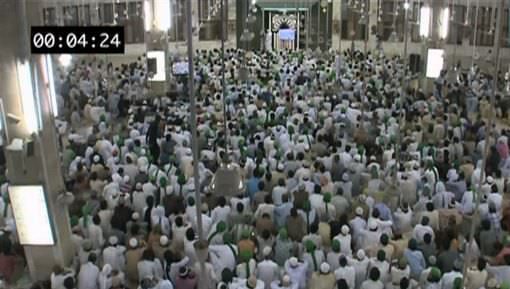