How to Give Good Advice

The Importance of Good Counsel

As medicine treats the maladies of the body, good counsel heals the ills of society. No wonder then that the Quran instructs us:

“Call to the path of your Lord with sound planning and good advice.”[1]

Of course, the counsel and call to Allah’s path must be sound and good (ḥasana). The call to Islam, as exemplified by the Prophets عَـلَـيْهِمُ السَّلَام was wise, thoughtful, and good. The Prophet صَلَّى الـلّٰـهُ عَلَيْهِ وَاٰلِهٖ وَسَلَّم invited people with courtesy and explained matters in a beautiful and understandable way. His approach extinguished the flames of ignorance, birthing a socio-spiritual revolution that transformed the course of humanity forever, established equality, and opened the doors of true faith for everyone. Muslims must adopt this Muhammadan approach to spread Islam and save communities from the harms that threaten the fabric of society. The Prophet صَلَّى الـلّٰـهُ عَلَيْهِ وَاٰلِهٖ وَسَلَّم said, “When ˹a Muslim˺ seeks your counsel, give him advice.”[2]  There are many benefits of giving advice. For example, some non-Muslims become Muslims after receiving sound counsel and sinners pay heed to advice, refrain from committing sins, and repent. Some are inspired to perform good deeds, and some develop empathy for others. The faith of some is renewed and some people reach serenity.

How to Give Effective Advice

Adopt these strategies to give effective advice:

1.   Speak to people according to their ability and level of understanding. A pious man and some of his students were travelling by the shore when he suddenly stopped walking. After some time, his students asked, “Why are we standing here?” The pious man replied, “I am waiting for the river to stop flowing and then flow in the other direction.” The students said, “How is this possible? The river will never cease to flow, and we will never be able to cross it.” “Son!” the pious person cried. “This is what I have been explaining to you. People always say, ‘Once we fulfil our household responsibilities, we will begin praying, perform Hajj and perform so and so good action.’ Remember! Just as we cannot wait for the river to stop flowing to cross it, we cannot wait for worldly responsibilities to end before performing good deeds.” The faces of the students showed that the advice had affected their hearts and minds.

3.   Do not advise others with the aim of making them feel guilty. Adopting a soft and gentle approach is crucial. When Allah commanded the prophets Mūsā and Hārūn عَـلَـيْهِمَا السَّلَام to go to Pharaoh, He told them to speak gently.[3] If this is the case for a disbeliever, then what about a fellow believer? The Prophet صَلَّى الـلّٰـهُ عَلَيْهِ وَاٰلِهٖ وَسَلَّم said, “The one deprived of gentleness is deprived of goodness.”[4]  The Prophet صَلَّى الـلّٰـهُ عَلَيْهِ وَاٰلِهٖ وَسَلَّم also said, “You must be gentle ˹with others˺ and avoid harshness and vulgarity. Whichever thing has gentleness is adorned, and whatever is void of it becomes flawed.”[5] Giving advice at the correct time but using harsh language can result in adverse effects. For example, during the congregational prayer, the phone of a youngster begins to ring. After the prayer ends, instead of giving advice in a soft, loving manner, he is disrespected and humiliated. The youngster may now decide to never go back to the Masjid.

4.   When giving advice, it is important to consider the context. In some places and times, people will become tired of you continuously giving advice, and even if the one you are advising remains silent, he will feel troubled.

5.   It is better to give advice to someone in private rather than in front of others. Sayyidatunā Umm Dardāʾ رَضِیَ الـلّٰـهُ عَنْهَا stated, “The one who advises his brother in front of others has disgraced him, and the one who does so in seclusion has adorned him.”[6]

The excellent results of the advice given by Allamah Maulana Muhammad Ilyas Qadiri دَامَـتْ بَـرَكَـاتُـهُـمُ الْـعَـالِـيَـهْ are before you. Therefore, if you wish to learn the practical form of giving advice from an Islamic perspective, stay affiliated with the religious environment of Dawat-e-Islami. Make a habit of watching the Madani Muzakaras and you will gain the passion to strive to reform yourself and the people of the world. It is this passion that will help you give effective advice. 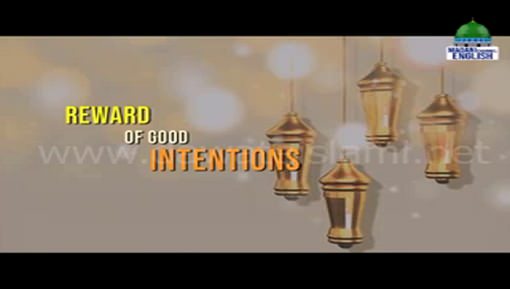 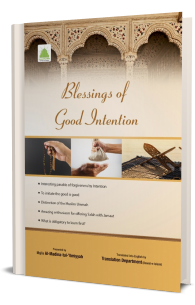