Wudu (Ablution) Is A Key To Salah 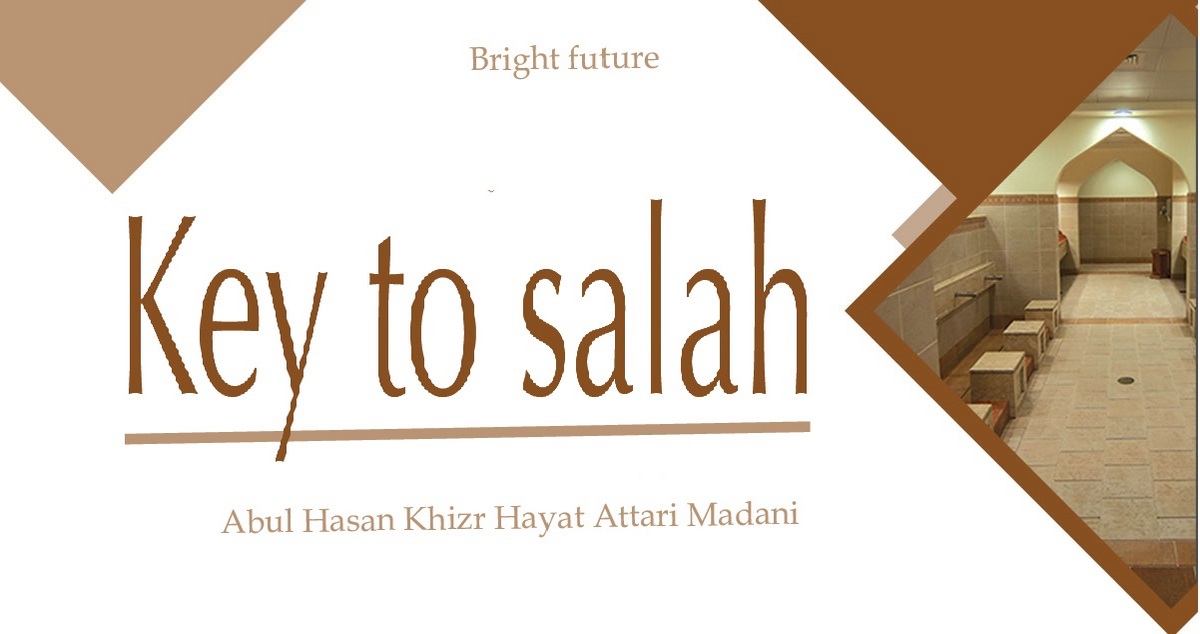 Due to the immense workload at the office, Mr. Dawood was dead tired today, so, he laid down for rest as soon as he got back home. Suddenly he saw that his younger son Junayd was trying to undo a padlock but he was unable to do so. In the meanwhile, the elder son of Mr. Dawood, ‘Hasan’ came and sat beside Junayd. When Junayd could not open the padlock, Hasan took the key but to his surprise, this was not the key of this padlock. It means Junayd was trying the wrong key for a long time. Hasan took out a right key from the drawer and handed it over to Junayd. Junayd tried this key and opened the padlock immediately. Junayd was glad to see that he had opened the padlock. In the meantime, Salat and Salam were recited from the Masjid followed by the Azan of ‘Asr Salah. Mr. Dawood got up and made Wudu; his son approached and stood beside him. Upon seeing Hasan there, Mr. Dawood said to him, ‘Dear son! You should also make Wudu! Let’s go to Masjid together for offering ‘Asr Salah.’

Sometime later, both father and son were going to Masjid. On their way, Hasan humbly asked, ‘Dear Father! May I ask you a question?’

Hasan humbly asked, ‘Why do we make Wudu before Salah?’

Mr. Dawood further stated: It is also a fact that ‘Wudu is the key to Salah.’

Surprised, Hasan humbly asked, ‘Wudu is the key to Salah, what does it mean?’

Instead of giving an answer, Mr. Dawood asked him, ‘First of all tell me, why was Junayd unable to undo the padlock.’

Hasan humbly said, ‘Because he was using the wrong key.’

Mr. Dawood immediately replied, ‘The way a padlock is undone by a correct key and if the correct key is not available then padlock cannot be unlocked, similarly, Wudu is also the key to Salah, if there is no Wudu then there will be no Salah; let me tell you another thing that inserting the correct key into a padlock does not suffice but rather it is necessary to turn it too. In the same way, some people make Wudu but do not care about the necessary points.’

Hasan humbly asked, ‘Dear Father! What are those necessary points?’

Mr. Dawood: Four points are very important when performing Wudu which are called Faraaid (obligations) of Wudu: (1) Washing face (2) Washing both arms including elbows (3) Performing Mash [مَسْح] [passing wet hand] on one-fourth part of the head (4) Washing both the feet including the ankles.

Fard means if any single act is not performed correctly, Wudu will not be considered as performed.

Hasan, then, humbly asked, ‘What about performing Mash [مَسْح] of one-fourth part of the head?’

Mr. Dawood replied, ‘In simple words, passing wet hand on 25% part of the head is compulsory but performing Mash of the whole head is the blessed Sunnah of our Beloved Rasool صَلَّی اللہُ تَعَالٰی عَلَیْہِ وَاٰلِہٖ وَسَلَّمَ .’

Hasan was listening to the conversation of his father with great concentration, in the meantime, they approached Masjid and both of them entered in.