Making a face he said, ‘Mum! I spent that money in eating Samosas at break time. Now, I need money to buy a notebook.’

After listening to him Mum smiled and said, ‘You need a notebook, don’t you? Let me give it to you.’ After saying this, Mum went into the room and brought a new notebook for him.

Mazhar made a face initially in a way by looking at the notebook as if he had swallowed a bitter pill, but then he took the notebook and said while looking at it, ‘But Mum, this is an Urdu notebook, I need an English one.’

Mazhar had yet to complete his sentence when his mother started saying: ‘OK. Today it seems that you will take a sigh of relief after taking money.’ After saying this, she brought one hundred rupees from the room and gave them to Mazhar by saying: ‘Go and buy your notebook and give me back the change.’

Mazhar’s face started lighting up as he received the money. He then immediately ran towards the main door. Seeing him running, his Mum said, ‘Don’t dirty your uniform. First change your clothes. The shopkeeper is not going anywhere.’

Listening to this, Mazhar cracked a sarcastic smile and said: ‘OK Mum’. After this, he went to his room.

When Mazhar went outside after changing his clothes, a thought came into his mother’s mind. She went to his room, opened her bag and started looking inside it. She was surprised as well as angry when she saw that his English notebook was more than half empty. ‘It means that Mazhar told a lie in order to get money.’ She thought to herself.

Mazhar left the house and went straight to the ice cream shop and said, ‘Uncle! Please give me a mango flavour ice cream.’ After finishing his ice cream quickly, when he put his hand into his pocket to pay the shopkeeper, he was terribly shocked to see that his pocket was empty. In a rush, he forgot the money in his school uniform pocket.

Mazhar said nervously, ‘Uncle! I forgot to bring money. I will be right back with the money.’

Entering home as he reached his room, he became nervous to see his Mum in front of him.

‘Yes. I just came here without any reason. Have you bought the notebook?’ Mum asked him after sitting him on the sofa.

‘Hmmm…Mum I will just go to buy it now. I forgot the money at home,’ said Mazhar.

‘So when will you use the notebook that is in your bag?’ Mazhar got confused as to what he should reply to his Mum because his lie was exposed. Then he told his mother the truth that the purpose of taking money was to eat ice cream.

‘Son, you have heard the story of ‘The lion and the shepherd’, haven’t you?’ As his mother asked, Mazhar replied: ‘Yes Mum. The same story in which a shepherd used to call people by lying to them about the coming of a lion. I read it in a course book.’

‘So son, you must remember that the day when the lion actually came, no one believed him. Same thing happens to every lying person. People gradually stop believing him. Lying although makes a person achieve his short-term goals, but it ruins his image. Moreover, when his lie is exposed, he has to suffer embarrassment in front of people. Remember son! ’Allah Almighty is displeased with the one who tells lies and the curse of Allah is upon the liar.

Mazhar lowered his eyes out of embarrassment and said, ‘Mum, please forgive me. I will never lie again.’

‘Well done my son. Now quickly go and give money to the shopkeeper and get ice cream for me as well.’

Having listened to this, Mazhar happily went to get ice cream. 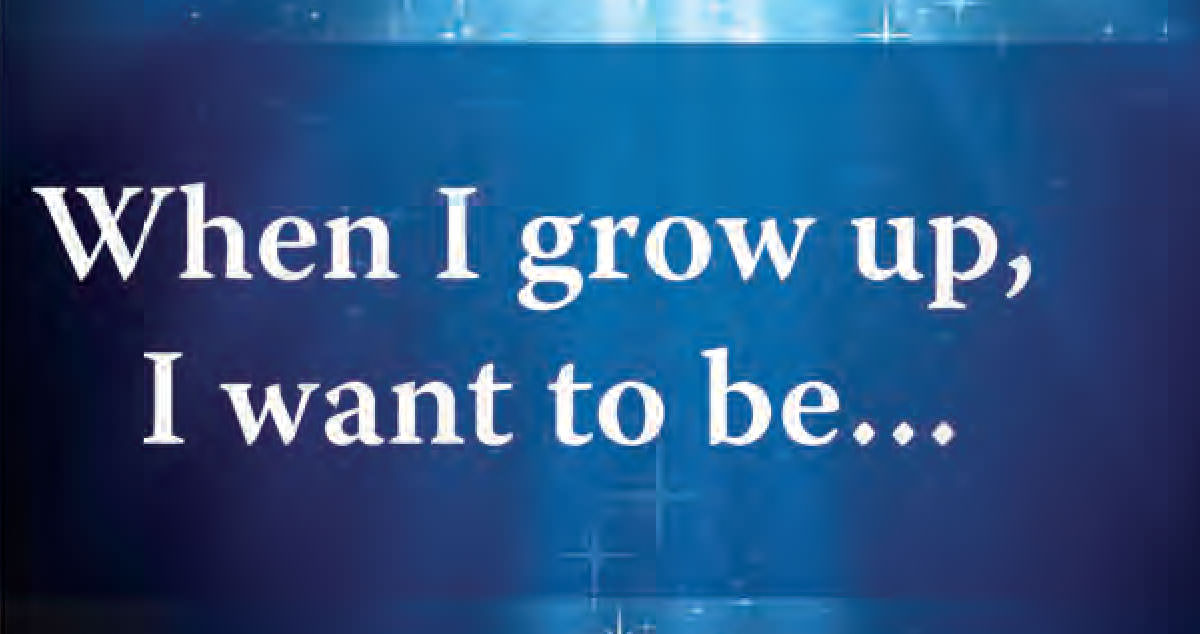 1.   When I grow up, I want to become a Hafizah of the Holy Quran, اِنْ شَـآءَ اللّٰە. (Momina Saleem, 10 years old, Lahore)

2.   When I grow up  I want to become a Mufti like Mufti Qasim Attari, اِنْ شَـآءَ اللّٰە. (Usayd Raza, Abdul Hafeez, 9 years old)

3.   I want to become a Hafiz of Holy Quran when I grow up. (Sayyid Mushtaq, Jacobabad)

4.   When I grow up, I want to become a preacher of Islam and convey ‘call to righteousness’ to all Islamic sisters to attend the congregation. (‘Aini, Rohri)

5.   When I grow up, I want to become an Aalimah (Female Islamic scholar). (Aqsa, Larkana)

6.   When I grow up, I want to become an Aalimah (Female Islamic scholar). (Fiza, Rohri)

7.   My dream job is to become an interior designer or architect. Through beautiful furnishing, I want to produce a nice design for a school where students will be able to learn everything easily and quickly. I also want to build an attractive building comprising of state-of-the-art class rooms, so there are no problems for the teachers, and students of Dawat-e-Islami. (Mahasin Soneji Bint-e-Muhammad Soneji, Auburn, Australia)