Once a king gave a very strange order that all the fools from across the country be gathered and the biggest fool amongst all would be awarded a prize. Driven by the greed for prize, hundreds of fools gathered in the court of king. The king got different competition of foolishness organised among them. The one who won in the final round was declared to be ‘the biggest fool’. The king took off his own valuable and precious royal necklace and handed them over to the winner. Having received high privilege and a lot of valuables as a prize, the biggest fool returned home happily. Sometime later, the king fell severely ill and was confined to his bed. Having heard about king`s severe illness, the biggest fool also visited the sick king with the intention to see the king. Though king was on bed rest, the biggest fool was allowed to meet the king. The biggest fool humbly asked: ‘How are you?’ King replied:

‘What can be the condition of that poor man who is leaving for a journey from where there is no return? Surprised, the fool humbly asked: ‘So, will you not return from there?  The king answered helplessly, ‘Yes this is true’. Fool humbly asked another question: ‘So, you must have built a huge palace and gardens, royal maids and slaves for your service already waiting for you there!’ Upon this, the king broke into tears and hardly answered ‘No! I have not sent anything there’ The fool humbly asked: ‘How is this possible? You are a wise and sane person. You must have made some preparation.’ Sighing, king said: ‘No, No! I have not made any preparation regarding it. After this short meeting, when the fool was about to leave, he turned back, took off his necklace and put it around king`s neck saying that now you deserve this more than me.

In ‘grade 5’ of ‘Dars-e-Nizami’, when an honourable teacher completed this motivational ‘fictional story’, now students were waiting to seek the pieces of advice.

After a while, teacher got up and drew five lines on the board and wrote numbers ahead of each row:

Students` interest was worth-watching. The honourable teacher started speaking: In the light of Holy Quran and blessed Hadees, human life can be divided briefly into five stages:

1    Aalam-e-Arwaah (The world of spirits): The place where our Creator made us testify that Allah Almighty is our ‘Rab’. It is mentioned in Surah Al-A`raaf, : اَلَسْتُ بِرَبِّكُمْؕ-قَالُوْا بَلٰىۚۛ- ‘Am not I your Lord’, They all said, Why not? (Part. 9, Surah Al-A’raaf, Ayah 172)

2    World: The place where we are born and we will depart after spending an appointed lifespan.

3    Aalam-e-Barzakh: Barzakh is the period between a person’s death and the Day of Resurrection

4    Day of Resurrection: When we will be raised from our graves and our good and bad deeds will be taken into account in the plain of resurrection.

5    After the plain of resurrection, we will be sent to Paradise or Hell.

Thereafter, the honourable teacher explained: ‘We have already passed through our first stage and going through the second stage on this earth whereas three stages are yet to go. This is also a point to ponder that only the world is Dar-ul-’Amal (A place for practice) out of five stages. Impact of this stage exerts on other three stages ‘Barzakh’, ‘Plains of Day of resurrection’ and ‘Entering into Paradise or Hell’.

The likeness of this world in comparison to the Hereafter is that of anyone of you dipping his finger into the sea: let him see what he brings forth.’

The holy Prophet صَلَّى اللّٰهُ عَلَيْهِ وَاٰلِهٖ وَسَلَّم has said:  “By Allah, in comparison to the Hereafter; the world is so small that as someone dips his finger into the ocean then [he] sees how much water his finger carries.’ (Muslim, pp. 1171, Hadees 7197)

Is a man more wise or unwise?

Just ponder over! A man is so much intelligent that he carries out so many important tasks in advance, for example:

٭    Before the summer season begins, he gets A.C or room cooler checked and serviced.

٭    During scorching heat, he switches on A.C before going outside so that his room becomes cold until he returns.

٭    Trough remote tracker, he unlocks the door before approaching the car.

٭    To avoid crowd, he shops for Eid before the arrival of Ramadan.

٭    Seeing the cloudy weather, he keeps an umbrella with him.

٭    As a precautionary measure, he keeps ATM card with him when leaving his house as he may need money any time.

٭    Bi-cyclers keep 10-20 rupees, motorbike riders keep 100-200 and car drivers keep 500-1000 rupees so that they do not face any trouble when facing problem such as flat tyre, running short of fuel or trifle malfunctioning. At the moment of departure from home,

٭    When mobile gets out of order, he immediately sells it out so that it can be cashed before being dead. And dead cell phone cannot easily be sold out.

٭    He gets concerned about the marriage of his daughter who is still too young.

٭    He learns time management if lacks in this domain then began to plan daily, weekly, monthly and annually.

٭    Noticing a change in public inclination or trend, he keeps introducing the varieties of goods.

But how unwise this human is that the matters of Hereafter are not included in his priorities! It clearly indicates that those tasks or practices that are purely associated with Hereafter are next to nothing in his daily activities. He who considers punctuality as one of the most significant feature for a successful life seems quite heedless in terms of five times Salah.

If there are some urgent pieces of work at office, he fully absorbs himself in carrying out office work for improving his rating even sacrifices his appetite, thirst and rest; on the other hand, he makes different lame excuses during Ramadan for not observing fasts.

For enjoying a respectable status, he becomes spendthrift in different parties and in the company of friends but when it is the matter of paying Zakat, he becomes a destitute person. After paying a little amount, he satisfies himself thinking that he has paid his Zakat.

Similarly, one does not pay attention to inner sins such as arrogance, jealously, bad presumption etc.  Apart from this, he usually does not fulfill the rights of others as well and he is also not eager to collect a treasure of virtues by performing ‘Mustahab acts’ along with ‘Fard’ and ‘Wajib’ acts. However, all those whom Allah grants Taufeeq perform these acts.

O devotees of Rasool! Whether your business flourishes or not and whether you get a promotion or not, you will not be punished upon these worldly matters but there are warnings of punishment of Hell for missing Faraiz and Waajibaat acts.

Sayyiduna Sulayman Suri رَحْمَةُ الـلّٰـهِ عَـلَيْه said: ‘People are asleep, they will awake when they will pass away.’ (Hilyat-ul-Awliya, vol. 7, pp. 54, Hadees 9576)

May Allah bless us success in this world and Hereafter

In life, we receive bouquets of love from those around us, and their scent fragrances our lives.

Once, Sayyiduna Isa عَـلَيْـهِ الـسَّـلَام was sitting when he saw an old man digging the ground.

Impressions have a great importance in our social and religious affairs.
Read Article

In the winter of January 2020, a gas heater caused a house to set on fire.
Read Article

After a long time, a person went to visit his teacher and began to say, ‘Whichever work I put my hand to, it results in failure.
Read Article

Many monkeys used to live around a mountain village.
Read Article

These were the last days of the month when Salman entered his home.
Read Article

A cunning and crafty wealthy man went to a farmer in a village and offered him a partnership. As per the partnership, the wealthy man
Read Article

The honourable teacher drew a line on whiteboard and asked students: Is there anybody who can shorten this line without touching and erasing it?
Read Article

Having taught a lesson, teacher said to his students: Let me tell you a fictional story followed by the characters involved in it.
Read Article 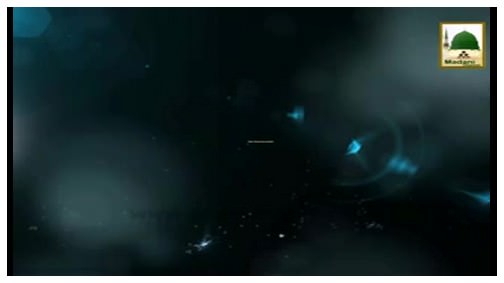