Call For Contemplation For The Supporters of evils 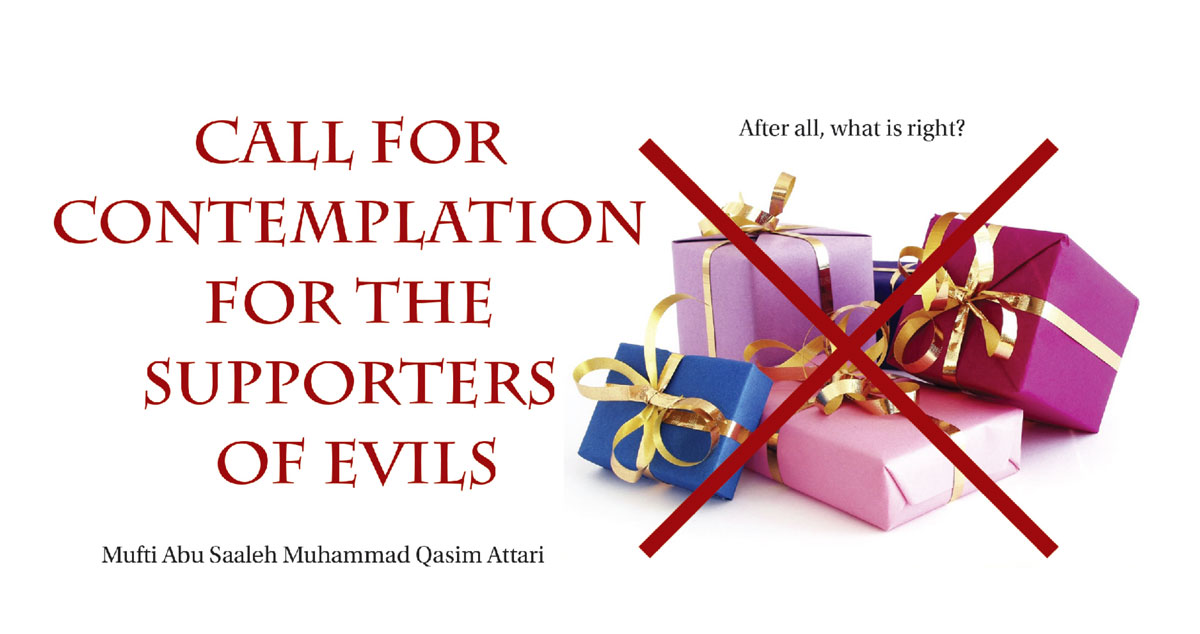 When scholars and religious people forbid celebrating non-Islamic festivals and days, a group of secular and liberal people start writing in newspapers and speaking on TV like this: ‘What is the harm in celebrating such and such a day?’ I am very much astonished at such people because they do not care about Islam, Quran, Hadees, religion and faith. Instead, they advocate and support the acts which have been clearly declared impermissible and Haraam by Allah Almighty and by His Beloved Rasool صَلَّی اللہُ تَعَالٰی عَلَیْہِ وَاٰلِہٖ وَسَلَّمَ. And, detailed rulings have also been given regarding such acts. These people recite Kalimah and call themselves Muslims but they ignore Quran and Hadees very blatantly, make fun of Islamic teachings openly and criticize and condemn those who describe Islamic rulings. One of these impermissible customs and acts is to celebrate Valentine’s Day. Those who believe in Quran and Hadees are invited to ponder over these facts in the light of the commandments of Quran and Hadees.

It is an undeniable fact that every country or nation or society or religion rests on some foundations which guide its people or members or followers. A study of the religions of the world makes it clear that every religion has described its specific culture and social manners. Our religion Islam is based on obedience to Allah Almighty and to His Beloved Rasool صَلَّی اللہُ تَعَالٰی عَلَیْہِ وَاٰلِہٖ وَسَلَّمَ. And, guidance on all the fields of life lies in this obedience. The guidance provided by our religion on Islamic society includes modesty and chastity – a basic principle. Study Surah An-Noor [اَلنُّوْر] and Surah Al-Ahzaab [اَلْاَحْزَاب] in the Holy Quran. It will become clear to you as to what the importance of modesty and chastity is in Islam and in what manner they have been emphasized to be implemented in society. In comparison to Islam, the current Western society is based on liberalism and is far removed from modesty. That’s why, in Western society, fashion, skimpy dresses, friendship between girls and boys, open meetings between them, indecent chat, sitting alone together, going to gardens together, going on tours and picnics together, exchanging gifts and many other things are common. These traditions and trends are non-Islamic and are actually the manners and characteristics of the non-Islamic society.

Whatever any Western or non-Muslim society does, is their own deed but, I am talking to the Muslims who celebrate the day of immodesty, i.e. Valentine’s Day and to those so-called Muslims who support it and promote it: Those non-Mahram men and women who talk to each other with dirty minds while making eyes at each other on Valentine’s Day should ponder! Can’t they see the blessed saying of Allah Almighty in Surah An-Noor!

O the ones who consider themselves to be Muslims! Despite being Muslims, do you support or celebrate the day which is against the following saying of Quran - the Book of your Lord?

O Prophet, command your wives and your daughters and the women of the Muslims to keep their faces covered with a part of their shawls; this is closer to this that, they are recognised therefore are not harassed. And Allah is Most Forgiving, Ever Merciful.

And stay in your homes and do not remain unveiled like the former unveiling in the times of ignorance.

On ordinary days and especially on Valentine’s Day, a non-Mahram man and woman have a conversation in a very polite manner in their impermissible, Haraam and friendly meeting. Does the following saying of Allah Almighty make such people feel some shame? It has been stated:

If you fear Allah, so do not speak with such softness (to any strange man) lest the one, in whose heart is a disease (of immorality), have any greed. Yes, speak good words.

Those girls or women who make a friendship in the street or neighborhood or school or college or office, etc. should also learn a lesson. Will they obey the following commandment of Allah Almighty? Allah Almighty has stated the following attributes of Mu`min women:

Whilst they become wives; not committing adultery or (secretly) taking lovers.

These concerns apply to people from all walks of life. Simply because they have been elected to positions of responsibility 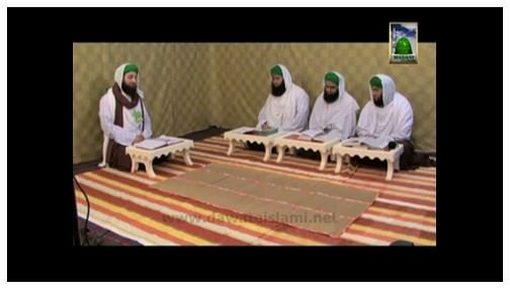 The Reality Of Valentines Day 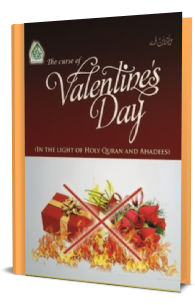 VALENTINE’S DAY (In the light of Holy Quran and Ahadees)