The miracles that Allah Almighty blessed our Beloved Rasool صَلَّى اللهُ تَعَالٰى عَلَيْهِ وَاٰلِهٖ وَسَلَّم with, the journey of Mi’raaj is one of the greatest of all. As he صَلَّى اللهُ تَعَالٰى عَلَيْهِ وَاٰلِهٖ وَسَلَّم physically travelled from Masjid-ul-Haraam to Masjid-ul-Aqsa. Then, from there, he صَلَّى اللهُ تَعَالٰى عَلَيْهِ وَاٰلِهٖ وَسَلَّم travelled to the skies and beyond, visited the Paradise and ‘Arsh and witnessed innumerable signs and wonders of Allah Almighty. Moreover, visiting all these places and observations took place in a very small part of the night. Keeping all the details of the journey [of Mi’raaj] in view, it is not possible according to an ordinary intellect for a human body to perform all these acts; and even if one considers it to be possible, then one would still require millions of years for the completion of this journey.

However, both these facts, i.e. such a journey with a human body and travelling a distance of millions of years within a few moments, seem impossible based only on an ordinary intellect and point of view. Otherwise, if we look at it from a spiritual insight of Iman (faith) and contemplate upon it from the depth of the human intellect, then there would not be any reason to deny it.

In real fact, it is one form of the Qudrat[1] of Allah Almighty that is the base of this miracle which is termed as ‘طَیِّ زمان’ (contraction of time) and ‘طَیِّ مکان’ (contraction of distance). Both these things are proven from reasoning and intellect. ‘طَیِّ زمان’ means that a period of hundreds of years or thousands of years or even more than that is passed within a few moments; and ‘طَیِّ مکان’ means that a distance of thousands and hundreds of thousands of years is travelled within a few moments. The miracles and Karamahs[2] regarding the expansion of a [time] period and distance being covered within a limited time and travelling is proven from Qat’ee Ayahs[3] and narrations. One example for each of them is presented below:

The proof for ‘طَیِّ زمان’ is that in the Glorious Quran, an account has been mentioned in the Ayah number 259 of Surah Al-Baqarah. The summary of that account in the light of Ayahs and [Quranic] commentaries is that Sayyiduna ‘Uzayr عَـلَيْـهِ الـسَّـلَام mounted on a donkey, kept some fruits and water with him and passed by a town that had fallen apart from the roofs of its houses. Upon seeing this, he remarked, ‘How would Allah Almighty resurrect them after their death?’ Allah Almighty kept Sayyiduna ‘Uzayr عَـلَيْـهِ الـسَّـلَام in the state of demise for one hundred years. Then He [Almighty] resurrected him. His fruits and water were all in perfect condition, whereas even the bones of the donkey had severely deformed. Allah Almighty asked Sayyiduna ‘Uzayr عَـلَيْـهِ الـسَّـلَام, ‘How long did you stay here for?’ He humbly replied, ‘I stayed here for one day, or perhaps even less than that.’ Allah Almighty said, ‘No, in fact, you stayed here for one hundred years. Look at your food and water. They have even not yet become stale; and look at your donkey whose bones even did not remain safe. All this has happened for the reason that We make you a sign for the people. Now, to witness the manifestation of My Qudrat, look at the bones how I bring them back to life.’ Therefore, within a few moments, the donkey resurrected safe and sound once again. This account clarifies that the donkey was inflicted with a period of one hundred years, whereas only a period of one day was passed upon Sayyiduna ‘Uzayr عَـلَيْـهِ الـسَّـلَام, the fruits and the water. This is the form of ‘طَیِّ زمان’ that a long period of time passes quickly for some.

‘طَیِّ مکان’, i.e. contraction of distances is proven from another parable of the Holy Quran. Therefore, a brief summary and commentary of the account mentioned in the Glorious Quran, Surah An-Naml, Ayah 38 to 40 is as follows:

Sayyiduna Sulayman عَـلَيْـهِ الـسَّـلَام heard about the throne of Queen Bilqees[4] which was located hundreds of miles away in another country. With the purpose of giving her the invitation of Islam, he عَـلَيْـهِ الـسَّـلَام asked his courtiers, ‘Who will bring that throne?’ One powerful jinn replied, ‘I will bring it before your gathering comes to an end.’ After this, the minister of Sayyiduna Sulayman عَـلَيْـهِ الـسَّـلَام who had the knowledge of Ism-e-A’zam, Sayyiduna Asif Bin Barkhiya رَحْمَةُ اللهِ تَعَالٰی عَلَيْه humbly said, ‘I will bring that throne to you before you blink your eye.’ Therefore, this is what happened and the throne was present in front of him within the blink of an eye.

There are similar kinds of other Ayahs and Ahadees too. In short, Allah Almighty is all Powerful, Mighty and the Creator. He عَزَّوَجَلَّ may reveal His Qudrat and greatness of His creation whichever way He عَزَّوَجَلَّ likes to. It is His majesty.

Understanding and believing in the miracle of Mi’raaj has become a lot easier in the current scientific era. The reason because the people of the past were not aware of the Divine rules that exist in the universe, that’s why they would deny anything that their intellects could not comprehend. If someone claimed a thousand years ago that a palace made of iron weighing millions of tonnes can fly in the air, then people would have made fun of him. But today, everyone admits the existence of an aeroplane.

Similarly, if someone would have said five hundred years ago that by the push of a button, millions of fans, machines and things can come into motion and millions of bulbs could light up, and all that can be switched off by the mere push of one button, then the listeners would have denied this claim. But all this is practically implemented in this world through the push of one button in a power house, and everyone admits this fact. When the display of the knowledge and wisdom of a human being is so astonishing, then just imagine the extent of the Knowledge and Wisdom of Allah Almighty. Metaphorically speaking, on the night of Mi’raaj, if (let us say) the switch was turned off and the entire system of the world was brought to standstill, then the Mi’raaj of the Holy Rasool صَلَّى اللهُ تَعَالٰى عَلَيْهِ وَاٰلِهٖ وَسَلَّم was carried out and upon his return from there, the whole system resumed back into motion, then what is so strange in it from the Qudrat of Allah Almighty? The scientists are now openly admitting the fact that up to now, they could only discover a very small portion of the secrets of the universe. Therefore, the biggest scientist of the recent past, Einstein, has stated: ‘I have managed to see such a galaxy through a radio microscope that is twenty million light years away from the earth, i.e. the light that travels at a speed of one hundred and eighty-six thousand miles per second (186,000 m/s) will reach there in twenty million years. However, as far as knowing the boundaries of the universe is concerned, even if I live up to the age of one million years, I would still not be able to discover it.’

Impossible matters are turning out to be possible in front of our eyes: Through the mobile phone and internet, our voice, messages, and emails reach thousands of miles away. Similarly, an incident taking place somewhere becomes viral across the globe within a few seconds through TV and internet. The speed of an aeroplane is more than a car, and a space shuttle travels even faster than an aeroplane. Moreover, the shuttle travelling to Mars is faster of all previously mentioned vehicles. Sound travels faster than the air, and light travels faster than the sound. In the same way, the rotation of stars in the universe takes place at an unbelievable pace. In short, this is just the beginning of the secrets of the universe to be revealed. We do not know what is coming next.

In the light of all these facts, ponder upon the fact that if the Creator of all these speeds and Owner of the Universe makes His Rasool صَلَّى اللهُ تَعَالٰى عَلَيْهِ وَاٰلِهٖ وَسَلَّم travel millions of miles and observe millions of facts within a few moments, then what aspect of it is impossible and against the intellect?

[3] Clear ruling in the Ayah of Quran

Muslims having the sole exclusivity to salvation in the Hereafter is a fundamental tenet of the Islamic faith.

Read Article
Some people try to give the impression that religion and intellect are contrary to each other.
Read Article

In order to reduce crime, work will need to be done from various aspects.
Read Article 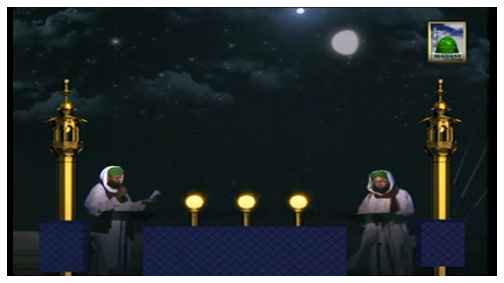 Blessings of Mairaaj Ep 01 - Journey Of Meraaj and Todays Science 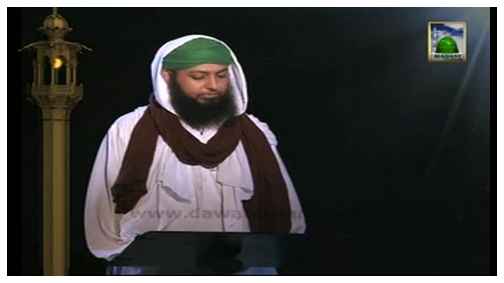 Blessings Of Mairaaj(Ep:05) - The Journey From Masjid ul Aqsa Towards…