Taking into consideration what an era called for, the pious bondmen of Allah عَزَّوَجَلَّ rendered their services to Islam in every era. As these pious personalities rendered their religious services in more and more regions of the world and brought about positive and pleasant social change, the world remembered their unmatched religious services as “revolutionary accomplishments”. A great, spiritual and scholarly luminary of the fifteenth century Hijri, Shaykh-e-Tareeqat, Ameer-e-Ahl-e-Sunnat, founder of Dawat-e-Islami, ‘Allamah Maulana Abu Bilal Muhammad Ilyas Attar Qaadiri Razavi Ziyaee دَامَـتْ بَـرَكَـاتُـهُـمُ الْـعَـالِـيَـه is one of those great personalities whom Allah عَزَّوَجَلَّ blessed with many admirable qualities. Amongst these qualities, the following ones are on top of the list: Hearty yearning for reforming the Ummah; remarkable and tremendous courage; extraordinary skill of understanding the matters; spirit of solving the problems and facing the difficulties with which a person is confronted while [giving] call to righteousness.

Ameer-e-Ahl-e-Sunnat دَامَـتْ بَـرَكَـاتُـهُـمُ الْـعَـالِـيَـه gained excellent command of Shar’i rulings by virtue of abundant study and company of the great ‘Ulama; hence, he became a shining personality, illuminating the surroundings. In his youth, he served ‘Noor Masjid’, Mithadar [an area in Karachi] as Imam for a considerable period of time. Observing that more and more people in the society were drifting away from the Islamic teachings, Ameer-e-Ahl-e-Sunnat دَامَـتْ بَـرَكَـاتُـهُـمُ الْـعَـالِـيَـه made practical efforts to destroy this evil of not fulfilling the Islamic obligations. For Madani Tarbiyyat [edification] of the Salah-offering people who would come to Masjid and, for connecting even those Muslims with Masajid who would not feel like going there, “giving effective advice” and “attending the sad and happy events by practically showing the yearning for well-being of the Muslims” made Ameer-e-Ahl-e-Sunnat دَامَـتْ بَـرَكَـاتُـهُـمُ الْـعَـالِـيَـه beloved of thousands of people. If a person has a major aim and sincere yearning, the means of achieving that aim develop spontaneously. As Ameer-e-Ahl-e-Sunnat had deep concern for reformation of the Ummah, and had sincere yearning and a noble aim, his effective call [to righteousness] gained large-scale acceptance.

All the countless religious services rendered by Ameer-e-Ahl-e-Sunnat دَامَـتْ بَـرَكَـاتُـهُـمُ الْـعَـالِـيَـه by founding Dawat-e-Islami and then making efforts to spread [its message] globally, revolve around the following two aspects:

Ameer-e-Ahl-e-Sunnat دَامَـتْ بَـرَكَـاتُـهُـمُ الْـعَـالِـيَـه made practical efforts for guiding the people towards the right direction. He undertook the task of helping people in getting rid of many physical and spiritual sins such as telling lies, committing backbiting, tale-telling and using foul language. He also prepared their minds to ponder over their past deeds for self-accountability and introduced an effective methodology, namely ‘Madani In’amaat’ for this purpose. The blessed company of Ameer-e-Ahl-e-Sunnat دَامَـتْ بَـرَكَـاتُـهُـمُ الْـعَـالِـيَـه is actually a character-reforming Majlis where after removing the physical shortcomings and spiritual corrosion of a person, he is adorned with the love of Allah عَزَّوَجَلَّ and Rasoolullah صَلَّى اللهُ تَعَالٰى عَلَيْهِ وَاٰلِهٖ وَسَلَّم, his personality is perfumed with good habits and excellent character, he is made prominent in the society by being adorned with the pearls of good deeds and his heart and mind are filled with such love and dedication to Islam which help him in becoming a human with good character, an active Muballigh [Muslim preacher] of Islam and a well-wisher of the society. By observing such great efforts of Ameer-e-Ahl-e-Sunnat دَامَـتْ بَـرَكَـاتُـهُـمُ الْـعَـالِـيَـه, it can be stated that his blessed personality is an authentic and effective source of “character-building” in the present era. Countless new converts to Islam are also included amongst those who are benefitting from this effective system of character-reformation.

Certainly, reformation of the society is dependent on the reformation of a single person but supportive social environment is required to maintain good habits and pious character of a person for a long time. For this very reason, Ameer-e-Ahl-e-Sunnat دَامَـتْ بَـرَكَـاتُـهُـمُ الْـعَـالِـيَـه paid special attention to the reformation of the society. He expressed the significance and need for Madani Qafilahs by himself travelling with the Madani Qafilahs for spreading ‘call to righteousness’ and for the reformation of society. Moreover, for continuing to carry out this virtuous deed properly and effectively, he provided the society with such trained Muballighin [Muslim preachers] who are busy inviting the Non-Muslims to Islam, making the transgressors pious, awakening the heedless people from the sleep of heedlessness, illuminating [the world] with the Noor of knowledge and Ma’rifat after removing the darkness of ignorance, and persuading the Muslims to pursue this Madani aim: ‘I must strive to reform myself and people of the entire world, اِنْ شَآءَاللہ عَزَّ وَجَلَّ’. In this way, Dawat-e-Islami - the movement of ‘devotees of Rasool’, founded in Pakistan – is rendering its services in many countries of the world.

٭   For promoting religious knowledge, establishment of educational institutions like Jami’a-tul-Madinah and Dar-ul-Madinah which fulfil the need of the present age.

٭   Madrasa-tul-Madinah where children are becoming Huffaz of the Holy Quran.

٭   Publication of Mahnamah Faizan-e-Madinah which contains interesting and informative articles fulfilling the need of the different sections of society.

٭   Establishment of Dar-ul-Ifta for the timely and Shar’i solution of common issues confronted by people. Moreover, one hundred percent Islamic channel of the Islamic world, i.e. Madani Channel is making a new history.

The services rendered by Ameer-e-Ahl-e-Sunnat دَامَـتْ بَـرَكَـاتُـهُـمُ الْـعَـالِـيَـه for the promotion and propagation of religion in society cover over 104 departments. Dawat-e-Islami is an active and non-political movement which has made an unforgettable history of revolutionary achievements. His religious services are as clear as a bright day and are being acknowledged all over the world. 26 Ramadan-ul-Mubarak is the birth day of this revolutionary personality. Devotees of Rasool from all over the world mark his birth day by making a firm intention to act upon the teachings of Islam and by declaring a war against Satan.

It was a blessed night in Muharram 1331 AH when a righteous young scholar of Islam was resting in Madina. 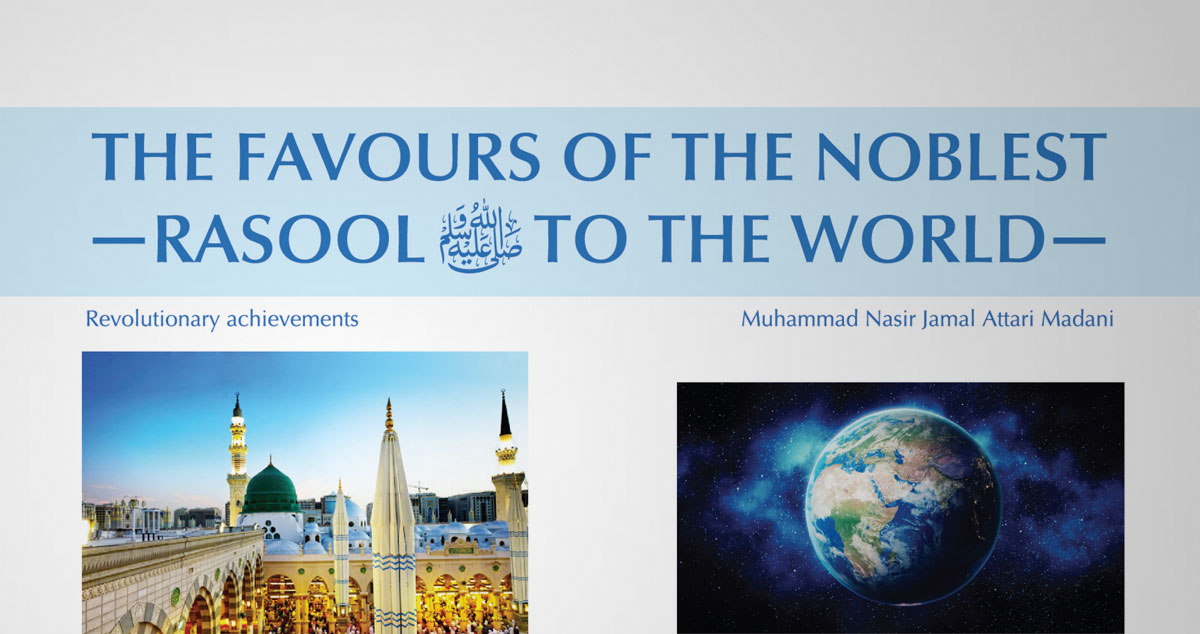 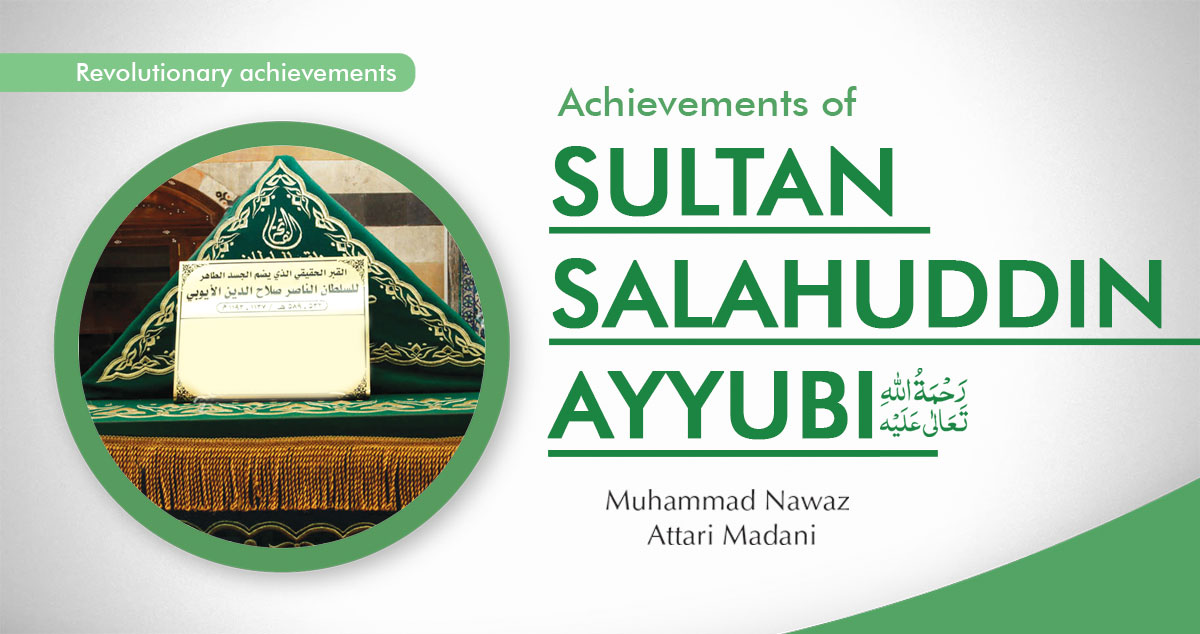 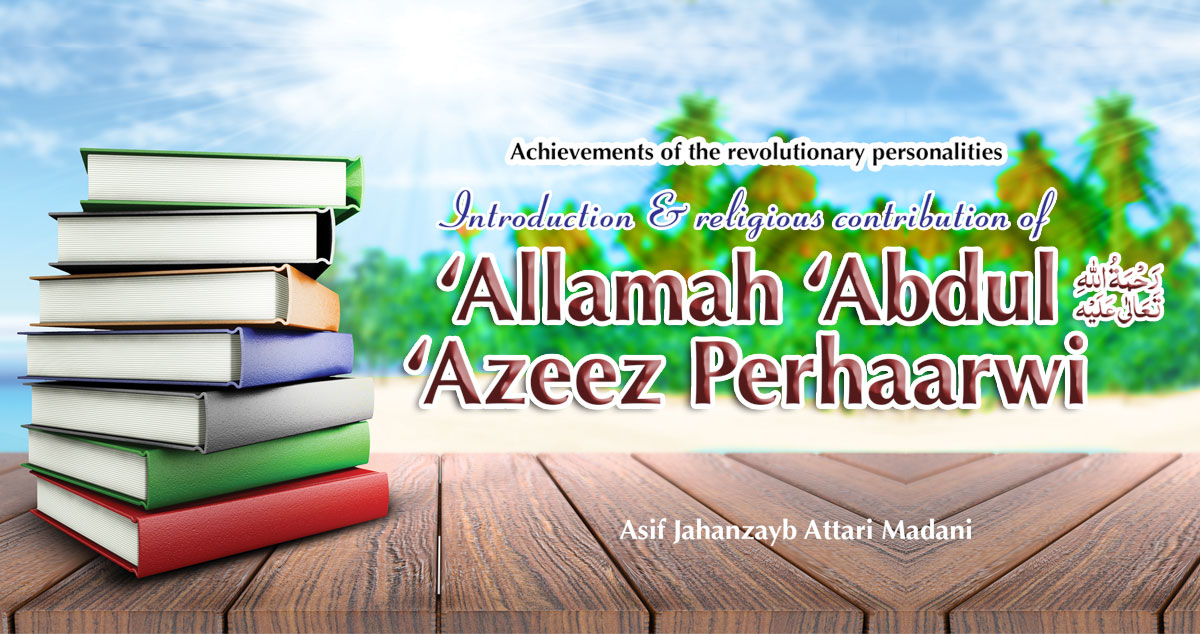 Preserving and serving the blessed Ahadees of the Holy Rasool صَلَّى اللهُ تَعَالٰى عَلَيْهِ وَاٰلِهٖ وَسَلَّم is a remarkable achievement of our righteous predecessors.
Read Article

Taking into consideration what an era called for, the pious bondmen of Allah عَزَّوَجَلَّ rendered their services to Islam in every era.
Read Article

The great Muhaddis, who propagated the knowledge of Hadees in the Indian subcontinent,
Read Article 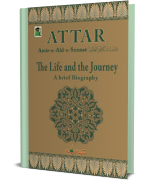